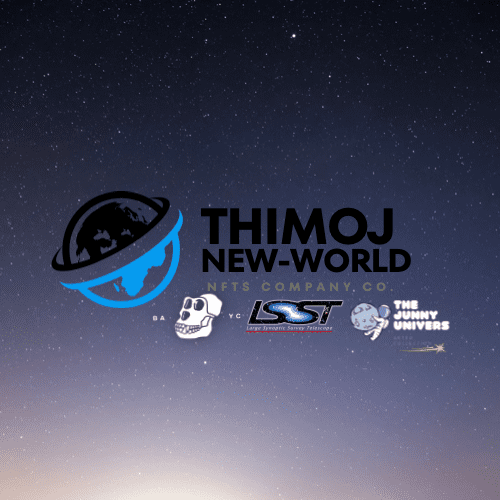 Thimoj NFT is the most famous French NFT company. Record transfers, a growing value, a newly opened headquarters in Miami, a company that touches the stars. But also one of the only companies in the world that offer a true musical experience! Each of its collections is composed of a collaboration with a world-famous artist and each item offered is musical.

The list of artists who have collaborated is growing day by day. To name a few, Black Puma, BoyWithUke, BabyJake, BBNOS, VINK, and so many others. Thimoj has become a reference in the NFTS world but also an advertising reference for the greatest artists.

Teddy had the art of combining graphic collections and music, which is also what made Thimoj so special. Even in the exploration of the metaverses set up by the company, music follows us everywhere. A departure also means an arrival.

A new director, anonymous, but who lets us think that this musical adventure is just beginning. Rumors are getting louder and louder as many think that it is the director of The Junny Universe who will take over Thimoj as she was one of the beneficiaries of one of the biggest ETH transfers in France.

Teddy leaves behind a mysterious world full of intrigue and adventure that lives on through music. There is something for everyone and the perfect understanding between the artists, the projects, and what is now the former director of Thimoj NFT formed a wonderful cocktail.

It is BlackBear who wanted to express himself during the announcement of departure: “Teddy knew how to integrate me into this new world for me I loved the project and the world he created especially when you know the background of the story … Investors who have not discovered anything yet do not know how beautiful it is “

A departure was made official during a prestigious party in the most famous club in the world: The Amnesia, in Ibiza. Orchestrated by the two-star DJs Liu and Marten Horger who also have their collections with Thimoj.

A departure that has not finished to make talk since the causes are completely crazy! If the assumptions prove to be true, it is Julie that we should see at the head of Thimoj in a few months.

Get To Know Fleezy Designz
Cross Pendant: The Symbol of Spirituality or Trendy Jewelry?
Advertisement