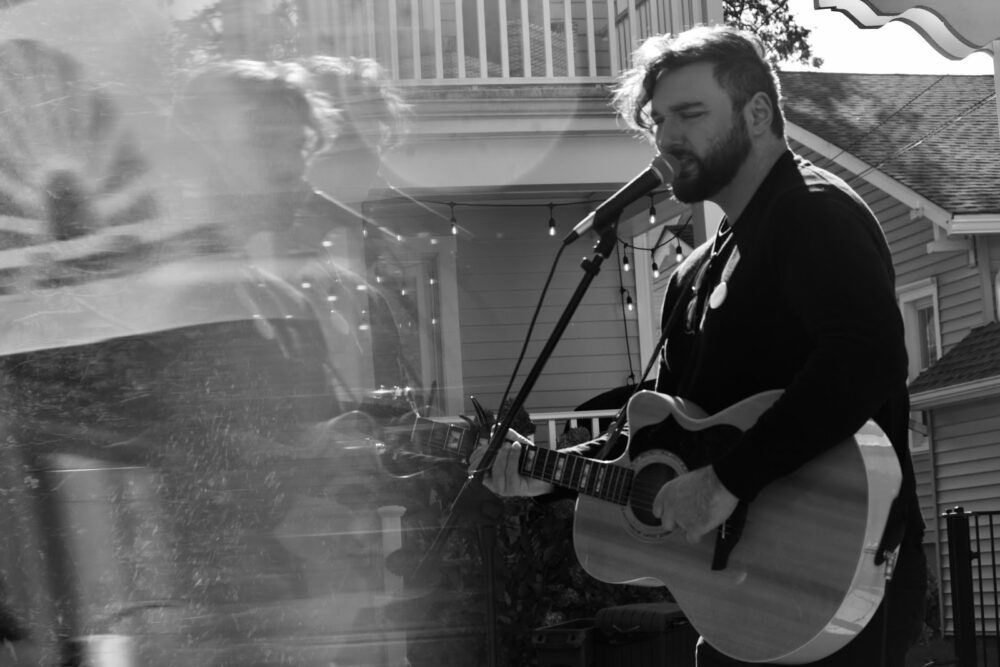 New Jersey-based singer-songwriter Rory D’Lasnow released a brand-new single, “Forgotten,” a few days ago. The track, lifted from his forthcoming EP, Songs From an Empty Room,” confronts the corollaries of mental illness on all aspects of life.

Explaining “Forgotten,” Rory shares, “I wrote this song with some of the folks I work with in mind. I’ve seen families ravaged by the unfortunate ramifications of mental illness and substance abuse and it’s heartbreaking to watch. You never want to place judgment on what are inevitably complex circumstances but seeing firsthand the impact that estrangement from one’s family can have left such a profound impression on me. The trials and tribulations of the human condition run amok and people lose touch, cut ties, or even in the same room in the most-dire of circumstances sometimes fail to say what’s in their heart because there’s too much-accumulated resentment or uncomfortable tension.”

He goes on to add, “This song is written from the perspective of a dying man who is trying to reconcile his affections for those he loves with the fact that he feels cast aside. I like to think it’s ambiguous as to where the true intentions and feelings of those in this song really lie because people and life, in general, are both complex and multifaceted.”

Exposed to music and, specifically, the guitar by his father, at first Rory viewed the guitar suspiciously. When he finally picked it up and began playing, since Rory was left-handed and the guitar was configured for a right-handed musician, he didn’t realize he was playing it upside down and backward.

Rory never did turn the guitar right way up, and to this day plays it the wrong way round. Still, he’s doing something right, having performed at the Knitting Factory, The Bowery Electric, Pianos, and Rockwood Music Hall, as well as Revolution Music Hall on Long Island, and The Saint and Brighton Bar on the Jersey Shore. He’s shared the stage with American Idol winner Lee DeWyze, actor/musician Drake Bell, and John Corabi of Motley Crue/Dead Daisies fame and has had songs licensed by MTV, NASCAR, and The Discovery Network.

As the harmonics climax, the tune takes on a dazzling, glossy wall-of-sound frisson, emphasizing the deluxe wash of Rory’s sumptuous timbres.

Rory D’Lasnow has it going on! “Forgotten” thrums with shimmering textures and redolent vocals.