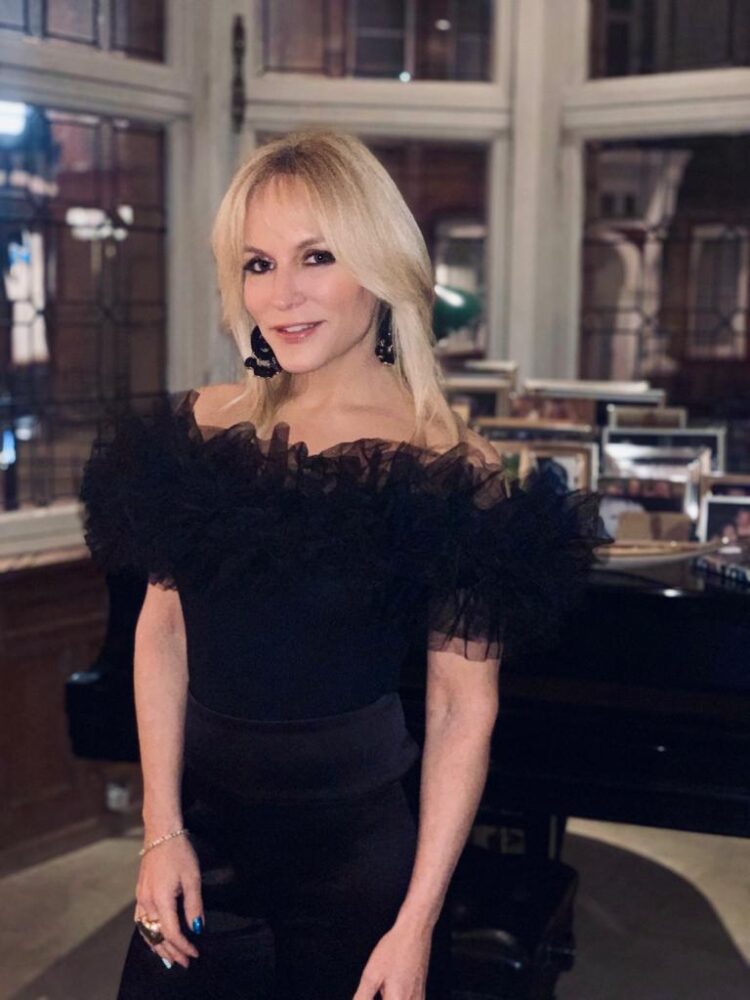 With a list of accomplishments as long as Stacey Jackson’s, there’s no telling what she will do next. Whether it is creating her own fitness apparel line or producing a hit song with infamous rapper Snoop Dogg, Stacey has seemingly done it all, yet her list of ventures and both business and creative pursuits has only begun. To categorize Stacy into anything other than superwoman would be barely scratching the surface of everything that makes this rockstar mom an inspiration to women all over the world, as Stacey Jackson is the ideal blueprint for a woman that has it all.

As if there weren’t enough achievements on her already impressive list, Stacey Jackson has added another one, and this time, she’s taking over the big screens. On June 7th, 2021, we’ll be able to spot Stacey in the highly anticipated summer film Reboot Camp, where she will be performing her iconic hit “Live It Up”. It has been more than ten years since the release of the original dance track, but in honor of the upcoming comedy film, Stacey and Snoop Dogg collaborated once more to bring back a new and improved version of the track in “Live It Up: Rebooted feat. Snoop Dogg”. The track will launch on June 4th, 2021, and will surely take over the charts as its addicting beat and catchy tune attracts a freshly new wave of fans and listeners.

Stacey is no stranger to television and her appearance in the upcoming summer flick is only a testament to her impressionable persona. Among her many accomplishments is her very own TV segment titled “Stacey Jackson in the 80s”, featuring music from one of the most iconic eras of all time. Stacey’s screen time is not limited to this program, however, as a trained fitness instructor she has also starred in all three volumes of her fitness albums meant to empower other women into taking charge of their health and fitness. StaePumped, the fitness album, was only a part of her fitness empire. Stacy, the entrepreneurial spirit she is, created her own workout top line to complement her fitness pursuits, and in turn, has created a well-known and loved apparel line that mixes fashion and functionality. Together, the ventures brought health and fitness onto the TV screen of many busy women and made fitness fun and accessible to anyone from the comfort of their home.

A true inspiration to many women, Stacey Jackson doesn’t take this honorable title lightly. With the intention to share her wisdom on juggling the busy life of a multi-hyphenate, she spent her quarantine alongside longtime friend and former The Times journalist, Ruth Elkins, composing a book titled “How Snoop Dogg Made Me A Better Mom”. The work is set out to release in the summer of 2021 and will be the ultimate guide for busy women juggling multiple endeavors. After all, there is no one better qualified to guide you through managing an intense workload and doing it with impressive grace and poise as Stacey Jackson is.

Perhaps what makes Stacey Jackson a true inspiration to model your life after is her dedication to her dreams and aspirations. What many would consider a late start, Stacey made her musical debut at age 40, when her debut single has reached chart success. Since then, she has released four albums and multiple original songs as well as her own spin on classic hits. Her beautiful voice and undeniable talent have landed her collaborations with prolific international dance music producers such as Papa Levi, C-Rod, and Dave Audé.

The question we are all inclined to ask is how does Stacey Jackson manage to balance everything on her plate with such ease. It seems like everything she touches turns to gold, and there is no end in sight to the many great things she will accomplish. Stacey credits her success as both a mother and entrepreneur to her incredible support system. Stacey stresses the importance of having support from your friends, family, and loved ones as the real secret ingredient to her success. When in doubt, talk it out. According to Stacey, verbalizing your thoughts can help clear your head and a clear head combined with the unconditional love of her family and friends is enough to light the entrepreneurial fire that burns within her.

A real-life example of a woman that has it all, Stacey Jackson is a true role model for women of all ages. A multi-talented and inspirational figure, her accomplishments are testament to the power of following your dreams. To bear witness to the incredible vocals of a beautiful woman with an equally charming demeanor, clear your calendars for the premiere of Reboot Camp and the release of Live It Up: Rebooted feat. Snoop Dogg.