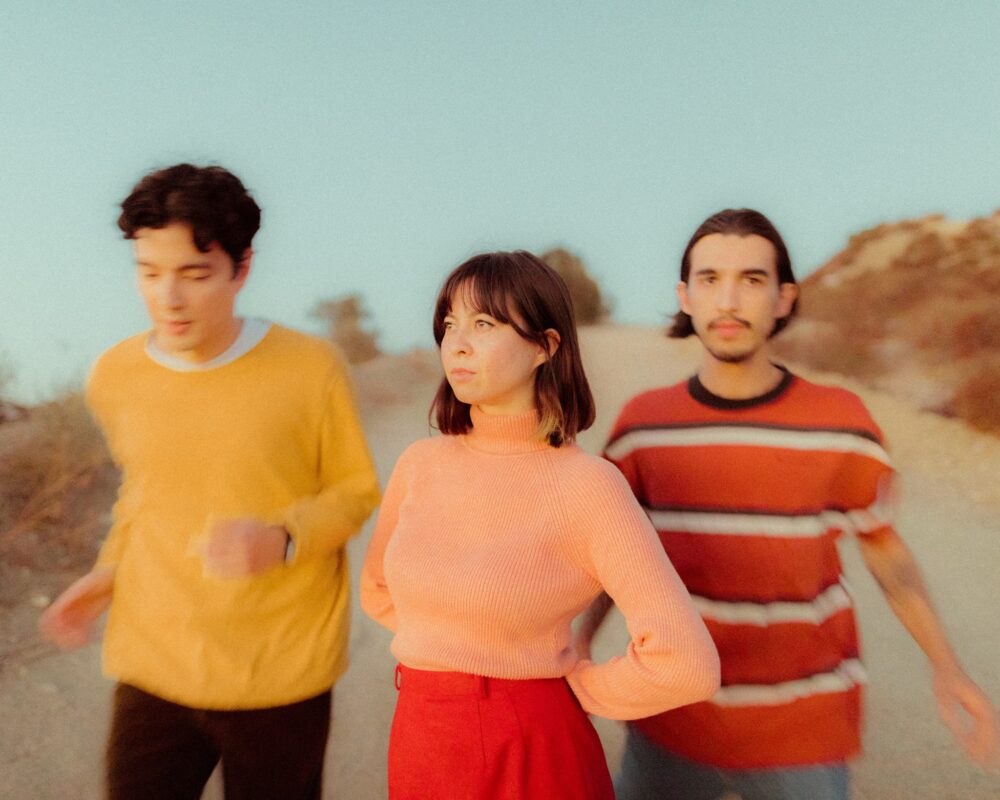 In the band’s interview with From The Intercoms’ Karolyn Jaranilla, guitarist/vocalist Charlie Crowley explained, “So Heaven Inches Away, in terms of the album, encapsulates a lot. It was actually going to be called ‘Hold You In The Warm’ first, then we decided that Heaven Inches Away encapsulated a lot of the themes of the entire album. This idea of something being this close to you, being so close and how hopeful that could feel and how wonderful and sublime, whatever heaven is, being like ‘I can almost touch it,’ it’s right there. But then it also means you still don’t have it and it can be so despairing to live on that line. So you have this beautiful feeling and also desperation and how those two things can live together. It’s meant to be a complex title in that way where it’s both hopeful and horrendous.”

The other two members of the trio are Meredith Ramond (vocals, bass) and Kenzo Cardenas (drums).

“Space Heater,” a just over 20-second intro sets the stage for the album – glowing stridently, as if marking the discovery of the monolith in 2001: A Space Odyssey, and then flowing atop a rolling snare into “Emerald Bells,” a marvelous tune surging with hazy guitars, an oily bassline, and redolent, wistful vocals. The pushing energy of this track infects listeners with cerebral motion and momentum.

Entry points include the measured “Sunpools,” rolling out like a carpet atop Kenzo’s finessed yet visceral drums. Meredith’s voice is both intimate and flavored with nonchalant aromas, drifting on gossamer timbres.

There’s a different sonic commerce to three of the tracks: “Hold You In The Warm,” “Musubi,” and “Waves At Dume.” It’s not better or worse, it’s just different, as if the band was in a separate emotional space while working on these tracks.

Heaven Inches Away is superb. In fact, it will be on my list of Best Albums of the Year.