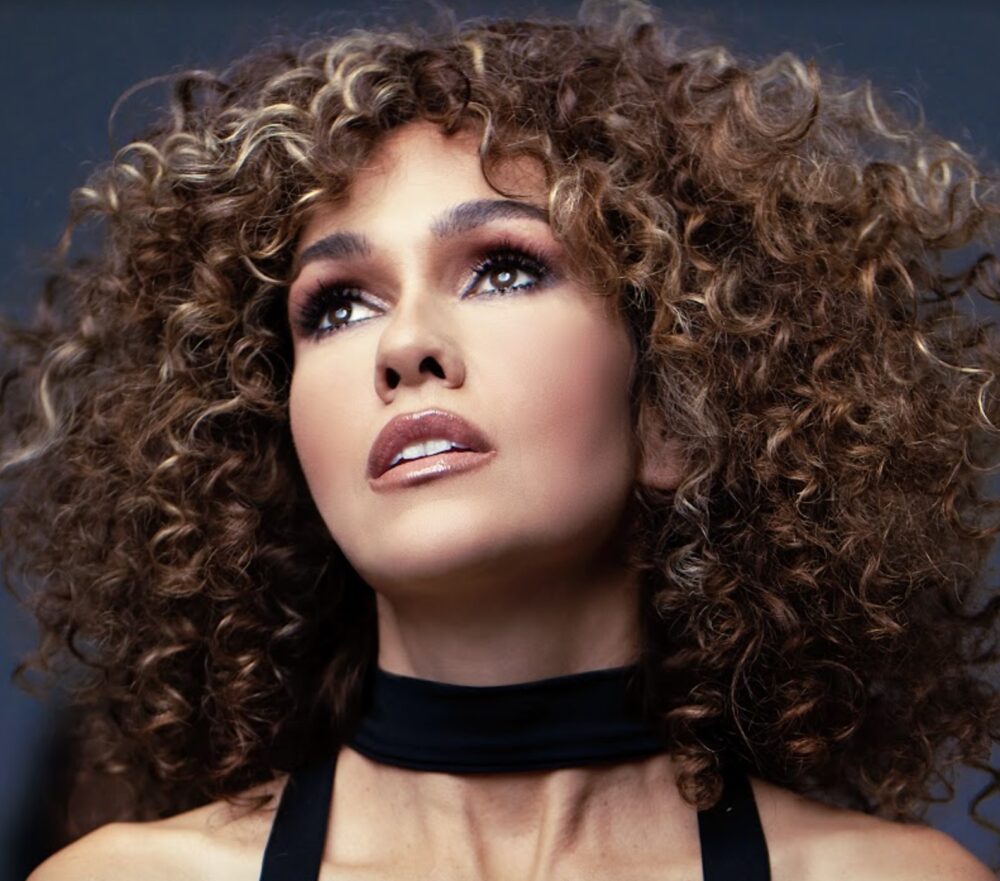 Los Angeles-based artist Estani recently released the music video for “Droughts In The Ocean,” the title track from her forthcoming album, slated to drop March 24.

Estani’s fluid, flexible voice enables her to span Latin soul, jazz, salsa, and alt-pop effortlessly. She’s appeared at The Montreal Jazz Festival, Staples Center, and Gibson Amphitheater, as well as on The Tonight Show and at numerous festivals and international venues.

Echoing vintage neo-soul and jazz savors, “Droughts In The Ocean” displays the range and magnetism of Estani’s enchanting voice.

Muzique Magazine caught up with Estani to find out more about the person behind the voice, how she got started in music, and what the future holds for her.

What inspired your new single/music video, Droughts In The Ocean?

DITO was inspired by a few challenging events stemming from the last three years. Ultimately, I wrote DITO as an external release of bottled-up emotions that I felt compelled to share but chose to internalize for fear of judgment, rejection, and overall sentiment of not wanting to “make waves” with any one person, situation, or event. It was in my nature at one time (not so much now)  to avoid confrontation and/or just “accept” a circumstance to a certain extent, or silently walk away presenting an outward appearance of “all is well/never been better” when that is farthest from the truth at times. When people have a particular version of “you” stuck in their mind, it’s hard to be seen as anything else except their own interpretation, regardless of changes one has made for themselves.

Do you have any favorite techniques you use in the recording studio?

As far as vocalizing, I love the “cry” technique. When singing, we never should blow our voices out into the room. That’s a voice killer. Instead “crying your voice into your face” like when you hear a child whine or, like the technique says, when we literally cry, we are pulling our voice in our mouth. This will allow for high notes to be reached with much more ease when engaging the diaphragm. It helps to alleviate strain when attempting to hit notes in your mix or high notes in the mix/head voice.

The message. Every song I write has a message behind it. I don’t do this purposefully,  I just know that if I can get one person to listen to the lyrics,  identify with a situation in their lives, and hear it wrapped with a lyrical bow in my song, I feel the listener will come back often for that gift to be unwrapped time and again. If I’ve done this, then not only have I channeled my own inner therapy for myself, I’ve truly done my job by connecting with a listener, which is what we all want as songwriters.

I’ve always known I was going to “perform”. In what capacity, I wasn’t entirely sure, but since I was 5 years old, I remember knowing 100% I was going to sing, dance, act, play music…whatever I could do as a performer. I would say I wanted to be a “scientist” because I thought it sounded “smart” lol, but I really always knew performing was in my future. I started out dancing in Ballet Folklorico de San Antonio when I was 7 and would hear the mariachi along with two of the older dancers singing with them.  I was too young and my Spanish at the time was, let’s just say “not good.”  A few years later, Linda Ronstadt released “Canciones de mi Padre” and I just loved every song and learned them all phonetically. I’m Mexican on my mother’s side, so I heard rancheras, mariachi music, cumbias, etc….on the radio daily, but I also always loved soul/R&B/ and hip hop. The first song I ever wrote lyrics to was a Sam Cooke song called “Bring it On Home to Me.”  I titled mine “Save It All Just For Me” and rewrote all the lyrics to the same melody. Let’s just say after that, I started writing my own melodies to my lyrics and expounded upon the ideas in my head and my love for singing and making music. Upon moving to NY for college, I quickly immersed myself in live music, auditions, and writing sessions with two producers with whom I began writing for their artists. This led to singing for the likes of Mercury Records/Polygram (which is under Island Records). Eventually,I was offered a development deal under Polygram Records while finishing up my bachelor’s degree in NY. I was to be one of three members of a girl group called “Generacion X” and we were to begin a tour of South America opening for reggaeton act “Ilegales” at the time. I ultimately chose finishing school over the tour and deal, and moved to LA right after graduation to continue my musical endeavors where countless opportunities have afforded me the ability to continue doing what I love!

What’s your favorite song to belt out in the car or shower?

Literally anything from Emeli Sande. If I had to pick one song from her though, it’s one of her more obscure songs. It’s called “The Second Time’s a Fool.”

Of all the venues you’ve played, which is your favorite? And why?

I’d have to say, one of my favorite venues/performances was at Ganghis Cohen in Hollywood. There was a HUGE windstorm happening that night and, literally upon arrival, all the electricity had gone out along the whole Fairfax/Melrose block. Genghis Cohen had asked me to cancel at that point since no electricity means no lights, no PA system, nothing to use for a live show. As fate would have it, EVERYONE and then some still came out, waited outside the venue, and it was a packed house/standing room only. I begged for Genghis Cohen to allow the show to go on and asked the audience to please use their flashlights on their phone. The venue reluctantly permitted the show to happen, and the rest was just MAGICAL! It truly was a fabulous energy to perform all my songs in such an intimate environment with so much support and love from the crowd…definitely one of the most memorable shows!

How do you keep your voice in shape? Formal practice sessions or just constantly singing?

I give vocal lessons consistently during the week and have vocal produced quite a few other artists in the studio. Going over warm-ups, vocal techniques, breathing, etc…helps me to continuously warm up and reiterate proper vocal methods for myself when there is downtime and I’m not performing.

Making music for me is like eating.  I don’t live to eat, I eat to live. I can’t be on this planet and not make music. I’ll be doing this in some way, shape, or form until I leave this Earth. As cliche as it may sound, it really does nourish my soul.

There are a few things coming up, but the project I’m most excited about is my upcoming children’s book series, Beakonfident, about a peacock whose beak is too big, but whose heart is even bigger. When his peers don’t like his sound, he finds his own “audience” and embarks on a world tour with his new promoter, “Cricket.” With this new team, we follow their worldly adventures with songs to match as he becomes an in-demand peacock with soul and love to match!