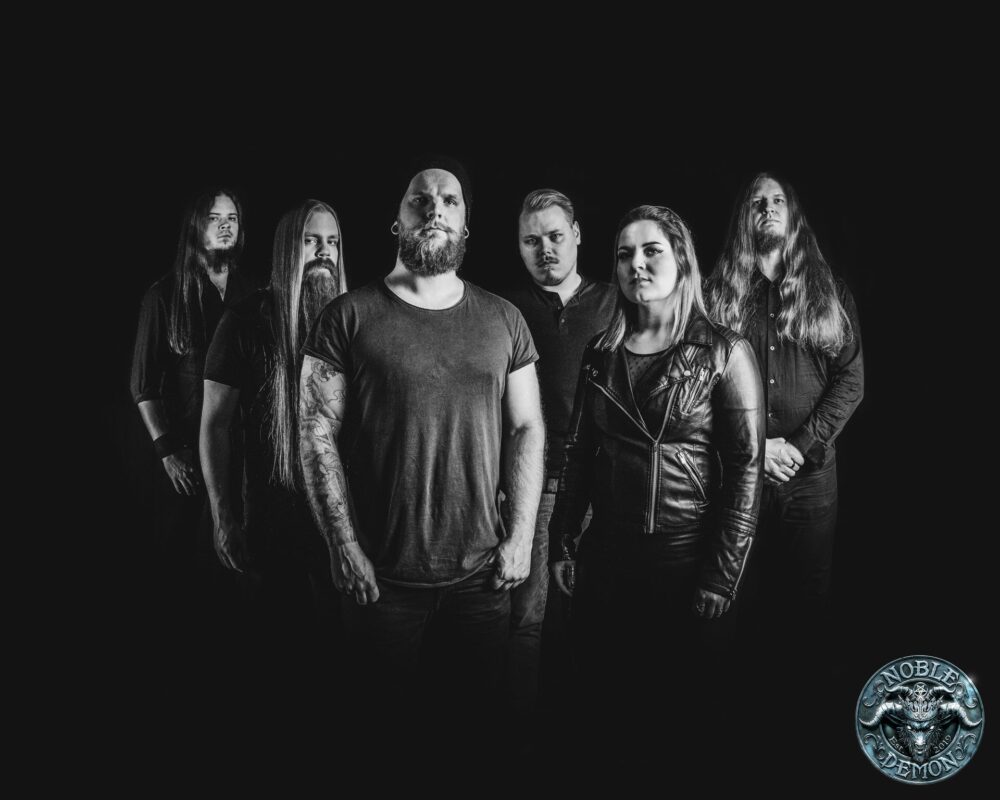 The second album, Fall, released in 2015, featured the above line-up, followed by Heikkila leaving the band. He was replaced in the short-term by guitarist Juho Raiha, prior to being replaced by the guitars of Taneli Jamso and Pyry Hanski, when Matias Moilanen and Juuso Turkki left the band. Vocalist Ville Rutanen took over for Turkki.

With this refreshed line-up, the band entered the studio to lay down tracks for Return of the Black Butterflies. Last year saw the band release Kuura, which delved into the Stygian abyss of black metal, defined by intense gloom, perhaps mirroring the dreariness of Kouvola, the band’s town of origin.

Comprising nine-tracks, the album commences with “Hidden,” functioning as a harrowing overture reflecting stark simplicity. Followed immediately by “Chained,” the harmonics marshal the vast heft of grimacing guitars supported by Jovian percussion and Ville’s demonic growling. The ebb and flow of this track is superbly wrought, rising on titanic layers of surging colors and coagulated energy.

Entry points include “Rise,” which travels on gleaming colors, radiant and suffused with soft accents. Then glazed, powerful guitars ramp up, followed by Ville’s crushing, muffled roars contrasted by the luminous flow of Anni’s exquisite timbers, imbuing the lyrics with glossy lavish textures, akin to the translucent tones of Amy Lee, only more resplendent.

“Dethrone the Darkness” features low-slung guitars, rippling on supple hues and then mousses up to ferocious guitars as Ville’s hellish bellows ride overhead. Descending to shimmering coloration, Anni’s ghostly timbres bathe the lyrics in ozone smelling mists. This is certainly one of the best tracks on the album.

“One Shines Brighter” allows Anni to reveal the deluxe sonority of her voice, as well as featuring a sensational duet made up of Ville’s thunderous bawls and Anni’s brilliant tendrils stirring the milieu just underneath.

“Into the Light” rolls out on searing waves of guitars and then drops into flickering, softly glimmering tones as Anni’s dazzling timbres glide forth on lingering surfaces. “Reform” pulses with brawny, fat sluices of heavy guitars, while Ville and Anni blend their voices, one of dismal sonic scowls, the other composed of pristine beauty, into a raw, poignant duet of jet-black malevolence attended by grand incandescence.

Simultaneously substantial and luminescent, Emptiness Weights The Most surpasses excellent and enters the realm of unparalleled.