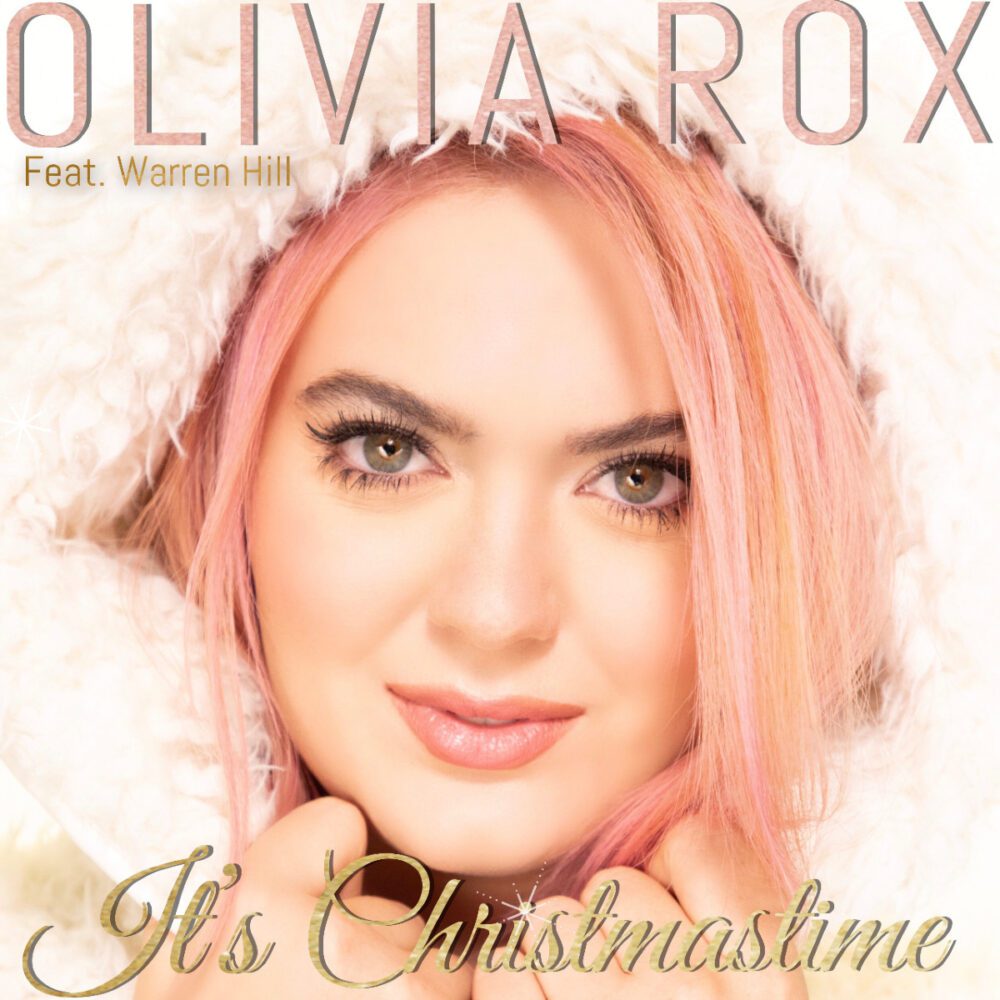 SoCal pop-rock singer Olivia Rox introduces her holiday single, “It’s Christmastime,” via Songbird Records, a song narrating her magical memories revolving around celebrating Christmas with her family while growing up in Boulder, Colorado.

Talking about the song, Olivia shares, “This song is all about the joy of Christmas. I wrote it when I was reminiscing about all of my favorite Christmas memories; baking cookies one year in a hotel for 50 people in a tiny toaster oven because I still wanted to continue our tradition of baking cookies, cuddling up in a cozy blanket by the fireplace and watching ‘It’s a Wonderful Life’ every year and even that indescribable feeling of waking up to see the world blanketed in white on a snowy day…  Everything about Christmastime makes me smile. From being together with the people you love, bundling up to walk or play in the snow, ice skating, decorating the tree, caroling, all the way to drinking hot cocoa with marshmallows!’

“It’s Christmastime” follows on the heels of “Go Vote,” a supercharged song encouraging young people to exploit their right to vote, and “Shooting Star,” which shot up the Top 40 charts.

Raised in a creative family, Olivia began performing when she was two-years-old, singing “Someday My Prince Will Come” to thousands of people at the Chicago Theater. As a teenager, she appeared on American Idol’s Season 15, making it to the final Top 10 contestants.

As an encore to American Idol, she dropped her album, PopRox, from which three singles soared into the Top 40. Ready to tour Europe and the U.S., Olivia was forced to postpone because of the pandemic. Ever a trendsetter, she decided to stream her entertainment show via Facebook LIVE – The Olivia Rox Show – Live From My Living Room – The QuaranTUNE Sessions.

While all that was going on, during her off hours Olivia was in the studio laying down tracks for Just A Girl & Her Guitar, a collection of stripped-down songs recalling the scrumptious savors of Joni Mitchell and Judi Collins.

“It’s Christmastime” opens on Olivia’s creamy tones, backed by the tantalizing notes of Warren Hill’s sumptuous saxophone. When the music mousses up, it takes on textures of dazzling country-pop, riding a potent rhythm. Olivia’s voice, surging with alluring coloration, rises and wheels on impressive timbres, filling the lyrics with enchanted energy.

Every time Christmas rolls around, a slew of new Christmas songs hit the airwaves, raising the question: Does the world really need another Christmas song? In the case of “It’s Christmastime,” the answer is a resounding Yes!