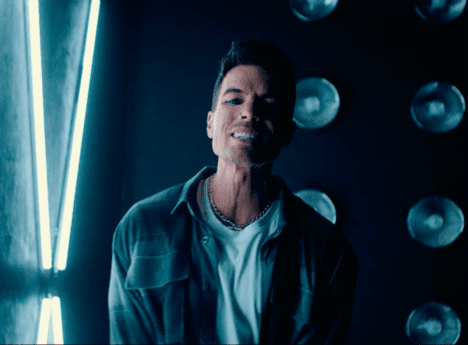 Although grunge rock was prevalent in the 1990s and represented by infamous bands, many argue that it is dead today.

However, Nicky Nightmare proves that this is a fallacy. His music speaks to the elements of grunge rock, which contributed to its becoming almost mainstream. By incorporating the particular aspects of the genre and recognizing the influence of grunge rock artists, Nicky can give voice to the genre in a unique and captivating way.

Not only does his music scream grunge rock, but his music videos also reinforce it. With references to the greats of grunge rock with a modern spin, Nicky can take listeners and watchers back in time while propelling them into the genre’s future.

Grunge Rock at its prime

Grunge rock became popular in the mid-1990s, primarily due to the success of bands like Nirvana, Pearl Jam, Soundgarden, and Alice in Chains. These bands brought a raw, stripped-down sound that departed from the more polished sound of mainstream 1980s hair metal. Grunge rock also resonated with listeners because of its darker, more introspective lyrics, which spoke to the disillusionment and disenchantment of a generation that had grown up in the shadow of the Cold War.

When did grunge rock start waning in popularity?

Grunge rock began to lose favor in the late 1990s for various reasons. One reason was that many of the genre’s biggest bands, including Nirvana, Pearl Jam, and Soundgarden, went on hiatus or disbanded. Additionally, the music industry shifted in the late 1990s as record labels prioritized pop and hip-hop over rock.

Another factor that may have contributed to the decline of grunge rock was that the genre was closely associated with a specific time and place – the Pacific Northwest region of the United States in the mid-to-late 1990s – and may have struggled to maintain its relevance as time passed.

Finally, the death of Kurt Cobain, the lead singer of Nirvana and one of the most influential figures in grunge rock, in 1994 was a significant loss for the genre. Cobain’s death marked the end of an era for grunge rock, and many fans and critics saw it as the end of the genre’s popularity.

How Nicky Nightmare is bringing it back

Nicky Nightmare’s music returns critical elements of grunge rock with distorted electric guitars, bass guitars, drums, and dark lyrics. His music is a fusion of punk and heavy metal and is influenced by blues, hard rock, and classic rock.

Grunge rock typically creates heavily distorted electric guitar sounds through pedals such as overdrive and distortion. Grunge rock songs also typically feature heavy, driving bass lines alongside powerful, aggressive drumming, focusing on using the ride cymbal and the snare drum. There are numerous rock subgenres, and grunge rock can be described as a fusion of punk and heavy metal with influences from blues, hard rock, and classic rock.

His latest music video even incorporates elements of Nirvana’s “Smells Like Teen Spirit.” Nirvana is the reason behind Nicky’s love of grunge rock, so it’s not surprising that he still feels a deep connection to the band. “Smells Like Teen Spirit” has a captivating music video that is still admired today – the school gymnasium, the play of light on the recently mopped floors, and the janitor cleaning are all elements which made the video so unique and consequently famous.

“The music video is a stroke of genius. Not only do you want to watch it repeatedly, but everything that happens has a deeper meaning by visually depicting the emotions behind the lyrics. I want my music videos to do the same,” says Nicky.

If you’re an old-school rock fan and want to see where the genre is going, check out Nicky Nightmare’s music. Hopefully, you’ll notice the similarities, as well as the differences which set the piece apart.