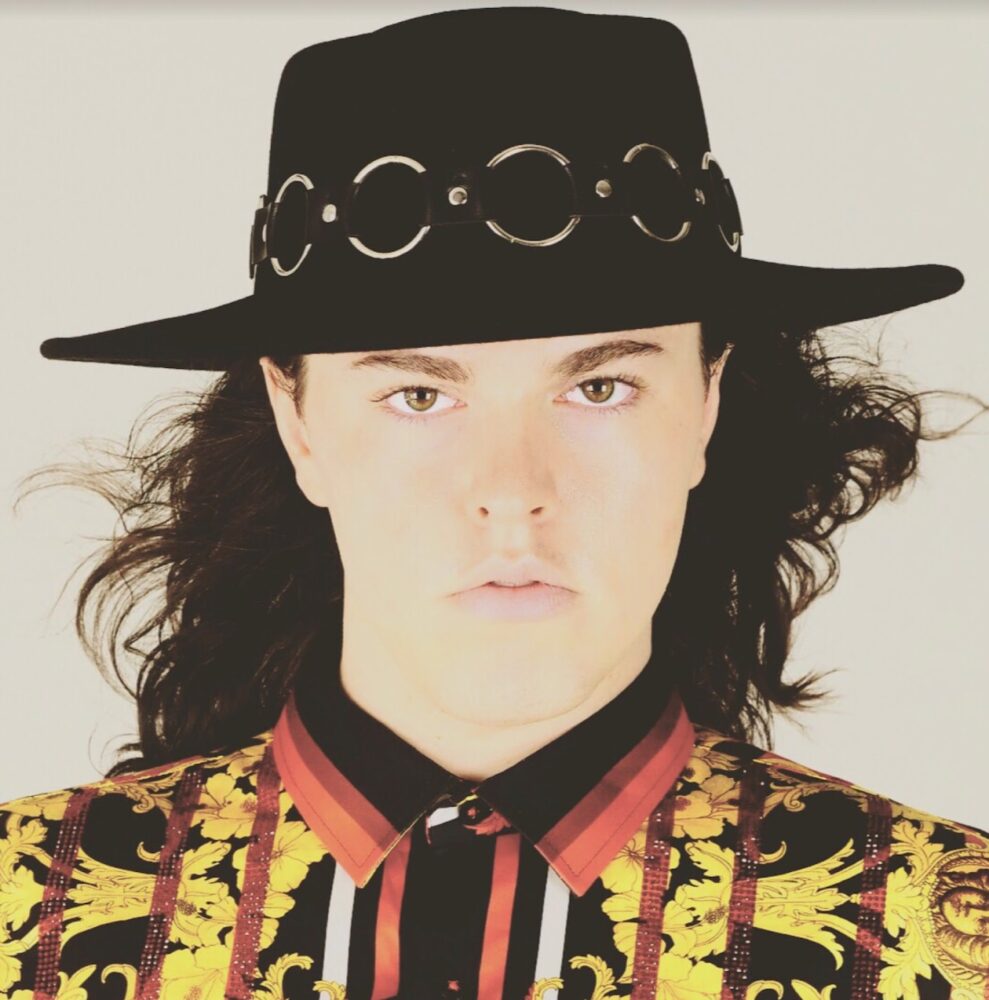 Pop singer-songwriter Jake Inzerra released the music video for “WHATCHUGOT” not long ago, and two weeks ago dropped the lyric video, entitled “Rocket.”

While growing up in Shelton, Connecticut, Jake experienced beaucoup harassment from his homophobic classmates. Eventually, he left the maltreatment in his wake, heading off the NYC, where he discovered recognition and approval for who he is and his talents. More than merely a singer-songwriter, Jake’s a consummate performer, an entertainer.

Written during the height of the pandemic, “WHATCHUGOT” mirrors Jake’s emotional turbulence through it all. Rife with raw, expressive energy, the song reveals the authentic passion and the heaving agitation of real emotions, sans any type of masking.

Jake doesn’t deny or conceal his passion because he knows the only way to handle them is to “face these wild emotions, sit in them, learn from them, and ultimately purge them.”

““Don’t got much but gotta do it / Keep on walking on through it / Remember this, ain’t about how much you got / It’s whatchugot.”

Muzique Magazine sat down with Jake Inzerra to find out more about which artists he’s high on right now, his influences, and the inspiration for “WHATCHUGOT.”

I discovered an artist named Maggie Miles who I am super obsessed with at the moment! I love her voice and sound. It’s got a grit to it that I don’t listen to a whole lot of, but I like her take on it.

Favorite song to belt out in the shower would be a Mariah Carey song or anything with super long notes just to annoy the neighbors.

The first time I ever took to the stage was in preschool when I stood on top of the coloring table and sang Britney Spears and Disney songs. That was back in a time where I had no expectations for myself, no inhibitions, nothing, and no one telling me what to do. So, I guess it’s just been innate this entire time.

What musicians/singers influenced you the most?

My biggest influence is Britney Spears. Her performing capabilities and stage presence are what fascinated me about being an artist who could put on a real show for an audience. Musically, I also draw inspiration from Dua Lipa, Miley Cyrus, and The Weeknd.

What is your songwriting process?  Do the lyrics come first, or the music?

The music almost always comes first. I will usually create a beat after being inspired by a song I hear, then go to my notes on my phone where I sporadically jot down phrases and unfinished lyrics I think of. If I find something that I feel fits the music, I build the rest of the lyrics around that and embellish it on the instrumental once I have the mood honed in.

What was the inspiration for “WHATCHUGOT?”

Back when I was in high school, I had a conversation with my music teacher. We were talking about the end-of-year showcase and how he was going to try to make it as good as he could without the drama club’s budget. I told him, “It’s not how much you got. It’s whatchugot.” It just rolled off the tongue at the moment, but he appreciated it. And that phrase has stuck with me ever since. It’s something I tell myself to this day. And it was something I needed to manifest into a song during the pandemic last year when everything was in turmoil. Quality vs quantity.

The video was made in my apartment and edited on my computer. It represents the chaos I have felt in my head this past year. I believe we normalize hiding one’s emotions from the world because showing them would be a sign of weakness. Suppressing my emotions and putting on a smile has done nothing but ruin me inside. Sometimes we need to face our feelings, do a little self-therapy, listening to our inner voices yelling, and work every day to improve ourselves. But we have to address and sit in our feelings sometimes. We have to understand them so we can take the power out of them.

My main goal is to just find passionate music lovers with talent and a style I can vibe with. I want to create with other artists. I want to be part of someone’s journey and have them be part of mine.

During the pandemic, with live shows being nearly impossible for smaller artists, I have been my most prolific yet, which is something I’m very proud of. I have made and released more music and videos and have learned so much about the marketing side of music in the past year with such little connection to the rest of the world. It just goes to show that not even the state of the world can hold me back. Only I have the power to do that.

Looking ahead, what’s next for Jake Inzerra?

I have already released my next single, ‘Rocket,’ which is doing really well on Spotify so far! The video will come out in a few weeks, plus many more projects this year.