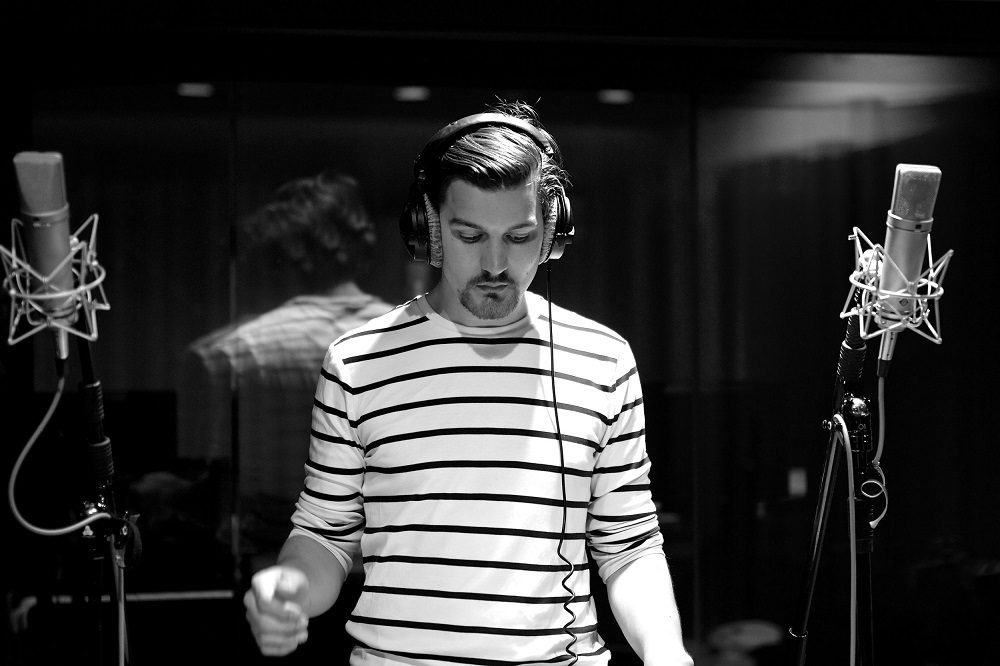 What first got you into music and composing?

I have loved music ever since I was born. According to my parents, I knew how to put a CD in a CD player even before I knew how to walk. Music was a safe space where I could let my imagination flow. We had a piano at home and I was naturally drawn to it; My brother played piano and I would reproduce the melodies he would play by ear.

I would also improvise little pieces and play around with chords, creating moods. Because of that, my parents offered to have me start piano lessons which I got super excited about. That’s how my musical journey started. Then at around 12 years old, I became drawn to Jazz among other styles. Before high-speed internet and Spotify existed, I remember going on Kazaa to download anything under “Jazz music”.

Another revolutionary moment was in the 8th grade when a friend invited me to his place to play some music; That was my first time playing with a band, and as soon as we hit the first note together I felt an immense amount of energy equivalent to falling in love. At that moment, I knew music would become my main focus and that my life would be built around it. From there, I switched from studying classical piano to jazz.

I was only in my second year at Berklee College of Music when I realized that my interest and passion for music was pulling me into directions other than piano performance. I was surrounded by extremely talented musicians which broadened my horizons.

I became interested in learning composition from traditional to contemporary styles, production techniques, as well as computer-aided music. I also loved multiple art forms and was eager to start mixing them with music. That’s how I became attracted to film music and decided to make it my main focus.

Who inspired you to make music?

As a child, I would always play the CD “Live at Soledad Prison” by John Lee Hooker. I was also very attracted to Cuban and Brazilian music. I loved the energy that came from salsa and the melancholy feel of Brazilian repertoire. In my teenage years, I listened to anything I could find that would get me hooked: Radiohead, Eminem, Bob Marley, Groundation, David Bowie, The Rolling Stones, The Beatles, Miles Davis, John Coltrane, Michel Camilo, Aphex Twin…etc. Each music genre had a certain energy that would take me to different places in my imagination.

My first “love at first sight” (first listen to be exact) was Brad Mehldau. His music is the perfect combination of Jazz, Classical, Rock, and Pop influences played with an incredible amount of taste and virtuosity. It was everything I could dream of in good music and couldn’t express how much I loved it; it was to the point where you start thinking that this music had been written for you.

Interview with Étienne Monsaingeon, a French Pianist, and Composer Residing in The LA Area

The first track I heard from him was his rendition of the Radiohead song, “Paranoid Android”. I was blown away by how he stayed true to the song while exploring counterpoint, harmony, and rhythm in ways that only he could do. I became so obsessed with him. My second crush was Keith Jarrett – literally the best improviser in my opinion and probably the most versatile.

I also have to mention Rachmaninoff and his piano concertos, Ravel and his work on Daphnis and Chloe as well as his orchestration of “Pictures At An Exhibition”, and the Preludes Op.28 by Chopin. There are so many amazing pieces and artists that have inspired and influenced me that it’s impossible to list even one percent of them.

My most recent crush is Jacob Collier. I don’t even know how to start explaining what an absolute genius I think this person is. I highly recommend listening to his music or even just keeping an eye on his artistic trajectory if you decide that you don’t vibe with his style. It’s like what the art collector, Sergei Shchukin, said about buying Picasso’s work: “I don’t really like his paintings but I know he has understood something I don’t understand yet”.

How would you describe the music that you typically create?

This is a tough question. One of my qualities that also hinders me is that I always want to do everything at the same time. That’s probably why I love Jacob Collier so much; He manages to break frontiers and make all music genres live under the same roof. I am always being pulled in so many directions depending on my mood, energy, and mindset. Film music is great in that regard because depending on the project, I get to write so many different styles of music.

For instance, I worked on the latest Oculus Star Wars VR game and had to write in the style of John Williams or Maurice Jarre, using a full orchestra. For the TV series, Outlander, I got to write for instruments such as bagpipes, mandolin, fiddle, and bodhran. For another TV series, Snowpiercer, I was using synths only. Working for the film industry has overall allowed me to explore many musical worlds.

Today I am at a point where I need to gather everything I have learned and distill them into my own voice and focus and commit to what I want to say. It’s not that I don’t put my own voice into my work, but I still feel that I haven’t fully been able to create the music that represents who I am yet.

What is your creative process when you write new music?

It varies from project to project and from day today. I usually get in the mood by going through my morning routine: Have brunch while reading the news, or listen to some music with the same feel of what I want or have to write that day. Then, I either start off with a melody or harmonic progression, a groove, or a bass line – whatever idea comes first and gets me excited. Then I usually try to lay down the whole structure so I can figure out what the overall arc of the piece is going to be.

While I do that, I record everything that comes to my head. Like brainstorming, I put all my ideas on the table. Then I start sculpting: I work on the melody, harmony, bass, counterpoint, texture, percussion, instrumentation/orchestration…etc. There is also a lot of self-editing once you have everything laid out. Deleting and cleaning up your ideas is key in the writing process. I do multiple passes of my work and listen to them over and over to make sure everything is in the right spot.

What is the next big project you are working on? Care to share any details?

Unfortunately, I have signed Non-Disclosure Agreements for the projects I am currently working on. What I can say is that I am writing for a big video game and a very promising TV show. I have a full orchestra for both of them – one based in Vienna, and the other in Budapest.

The crazy thing with technology nowadays is that I can produce the orchestra sessions remotely from my studio in LA. There is a plug-in that sends the sounds from their console to my computer through the internet. It’s quite wild!

Do you sing in the shower? What songs?

Sometimes! I mainly listen to the news while I’m in the shower, although I do sing a lot in my car. It’s quite random but one song I listened to a lot in 2020 was “Into You” by Ariana Grande; I am a big fan of her voice and the production on that song is incredible.

I also often listen to and sing songs from the album “22 A Million” by Bon Iver, which I highly recommend. Other random songs include “We Are Unstoppable” by Lianne La Havas, some classics from Stevie Wonder, some Jacob Collier of course, “Floods” by Lucky Daye, “Cantos Das Tres Racas” by Clara Nunes, and the repertoire from Cesaria Evora. When I listen to instrumental music, I just sing the melody.

That said, I can sing in tune but my voice is not interesting at all. I envy good singers a lot because singing while playing an instrument is so pleasant.

Which composer would you most like to collaborate with?

A film composer that I admire a lot these days and would love to collaborate with is Ludwig Goransson. His work on “Tenet and Mandalorian” is stunning and unique.

I am also very fortunate to work for Bear McCreary, who in my opinion, is one of the best Hollywood composers today. His musicality and artistry are at a master level and learning from him is a big privilege.

A producer/composer I also would love to work with is Labrinth. His production and ideas are so on point and I love his vibe. Also, let’s mention Sia. Her creativity and versatility are great and her voice is so inviting.

There are so many other artists I would love to work with as well: Jacob Collier, Ariana Grande, Ian Kirkpatrick, Camille Thomas, Simon Moullier, Lianne Lahavas, Bon Iver, Chris Thile, and many others…

In terms of performing a live show, where would you like to perform a live show the most?

I have a few venues in LA that I really want to play at, like The Walt Disney Hall, first and foremost; I would love to perform there with the LA Philharmonic. The Hollywood Bowl is such a great venue as well. The Troubadour, The Wiltern, and The Village Vanguard in NYC are also great. To be honest, anywhere that has a great vibe!

Betty Moon Releases Edgy, Muscular “My Only One”
Yunglo Paves The Way For Others In St. Louis With His Release “Winter”
Advertisement