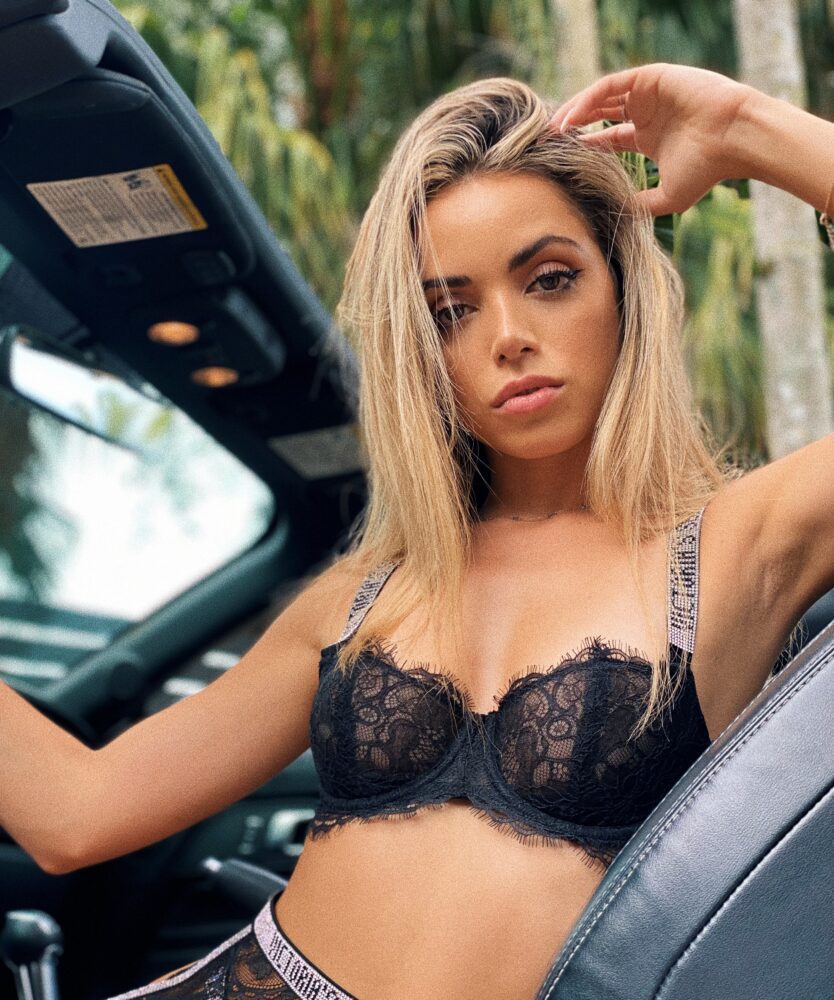 Music and modeling go hand in hand. And there are several ways in which fashion and music intersect, such as in runway shows, fashion shows, and music videos. But what about models who can sing? Those who are able to pull off both of these feats deserve extra praise. Let us give a shout-out to someone who deserves it: Cloe Greco, one of the very few models who can sing.

Cloe Greco is widely known as an Instagram model who has acquired over 1.1 million followers in just a short time. But her attractiveness is not the only gift that fate has bestowed upon Cloe. Her ethereal voice enhances her beauty even more. She recorded three singles that went on to become very successful and are still going strong today. The fact that she had already built a large following as a great model made it easier for her music to get out there quickly.

When it comes to her family background, Cloe comes from a close-knit family with three siblings that support her in all her endeavors. While growing up, her parents were always aware of her creative talents and cherished them. She showed a great passion for music, dancing, and modeling. In the words of Cloe Greco, “There is nothing more enjoyable than being surrounded by art, seeing it, and creating experiences that revolve around it. This love of aesthetics allows my creativity to emerge and be shared with others in a natural and real manner, allowing me to connect with people on a deeper level.”

Her creative mind helped her stand out from the crowd, and she utilized it to express herself in a variety of ways, including modeling, music, and other artistic endeavors. So, this young Argentinian influencer is a huge fan of all things related to art. As a result, along with pursuing careers in both the music and fashion industries, she has obtained a degree in Cosmetology at the Faculty of Medicine of the University of Buenos Aires. She says that cosmetology is an art, at least for her. Adding to that, she also has a diploma as a professional model, and she has professionally studied classical and modern dancing. Anybody who is prepared to do anything it takes to achieve their goals should look up to Cloe Greco as an inspiration.

Cloe strives to be the best version of herself in everything she does. She was always driven by a strong desire to have a career in the music industry. She put in a lot of time and effort to get to where she is now. Her good looks and modeling skills helped her reach out to her target audience. She claims that “Marketing is the act of promoting oneself as an artist. People need to know that you exist in order to support you.” When she was 17 years old, she started using Twitter to promote herself by uploading images of herself on the platform. And before she knew it, she quickly rose to fame on the internet. After that, she made a slow but steady shift to using Instagram to build her reputation as a model. Her fame has expanded steadily over time, making her a rising star. She then decided to use it to achieve one of her lifelong desires: becoming a singer.

“To me, music is something that can be experienced on a deeper level than just listening to it or playing it,” says Cloe. And apart from singing, she wishes to learn how DJs compose and mix music. Finally, as a successful model, singer, and social media influencer, Cloe Greco’s advice to start-ups is not to lose discipline. Without a defined set of goals and a strong work ethic, you can accomplish nothing. You’ll see the fruits of your labor down the road, but the most important thing is to not give up.