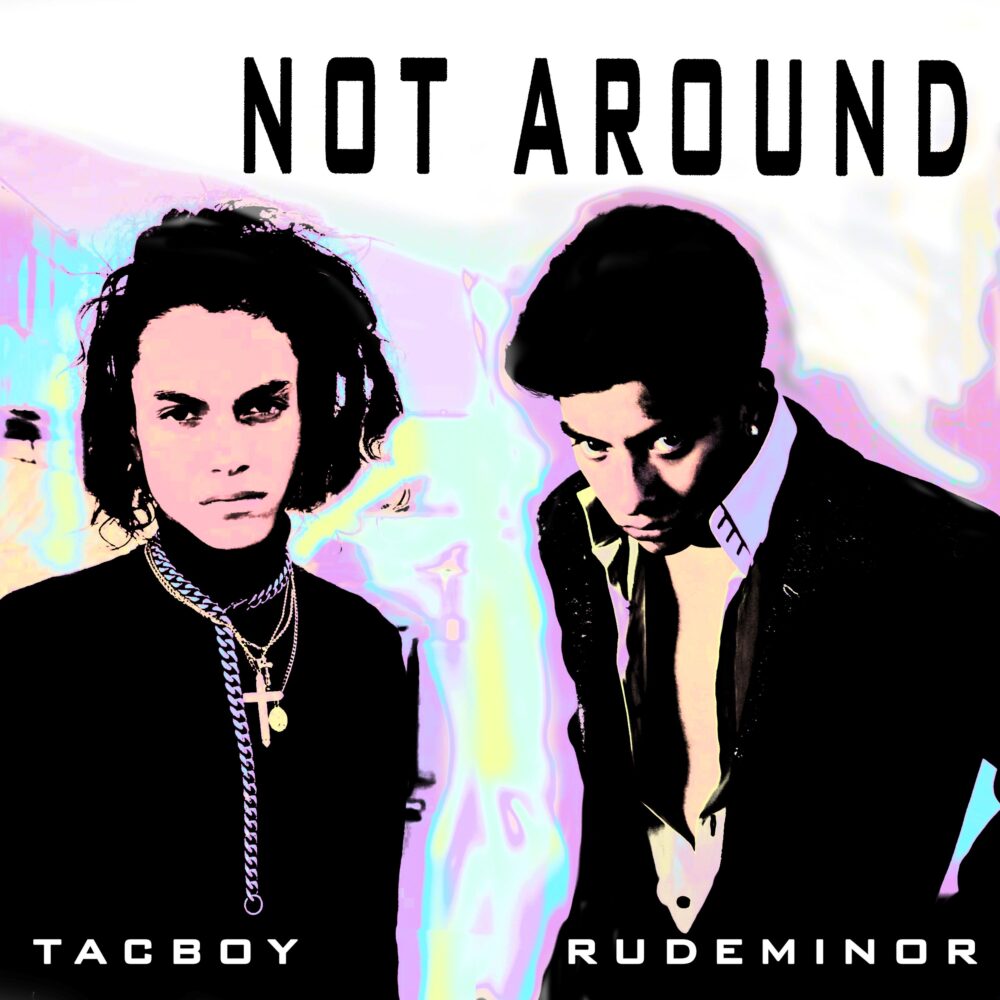 Singer-songwriter and produce Rude Minor joins forces with Tacboy, the vocalist/lyricist of ET Boys, to introduce the lyric video, “Not Around,” via Wake Up! Music.

Talking about “Not Around,” Pepper Gomez – founder and CEO of Wake Up! Music – says “Our passion is Nu Music at Wake Up! Music.  I’ve known Rude Minor’s father for a long time, and it was pure inspiration when I suggested that Tacboy and Rude Minor should do a collaboration.  I am so glad I did because this track is too great!  I love the Nu EDM flavor, the lyrics, the vocals of the two young artists.  Hope they do more together in the future!”

Tacboy shares, “Rude wrote a great track.  It was cool to sing on it with Rude as I continue to work on my ET Boys tracks. Always happy to sing!”

While Rude adds, “All the tracks I produce or write hold a special place close to my heart, but when Pepper asked me to work on this collaboration project, it just made it that much more special to me. I’m glad I could be a part of the history being made at Wake Up! Music.”

Tacboy’s rise to fame began when he sang with Pepper Gomez on 2021’s Nu House track, “Oh My Heart,” followed by releasing four singles/music videos as half of the ET Boys, his primary musical project. The other half of ET Boys is his brother, Sharkeyes.

ET Boys’ debut single, “Sober,” was followed by “Something Love,” “Nowhere,” and their latest release, “Long Night,” which already has close to 300,000 views on YouTube and blasted its way up the NACC Hip-Hop charts.

A native of Wisconsin, Rude Minor taught himself to play multiple instruments by ear, followed by producing and DJing. He’s worked with artists such as T.M.I., Browns Crew, A. Quality, LSV, Rudy V., Xavier Toscano, Michael Hodnik, and Lisvette Duran.

Both Rude and Tacboy have supermodel good looks, with Tacboy being signed to IMG. When Pepper Gomez proposed the two captivating artists collaborate, no one realized the impact the association would produce – an EDM Hip-Pop song of anthemic proportions.

“Not Around” conjures up suggestions of a masculine version of Kylie Minogue – irresistible EDM rife with hints of dazzling pop savors.