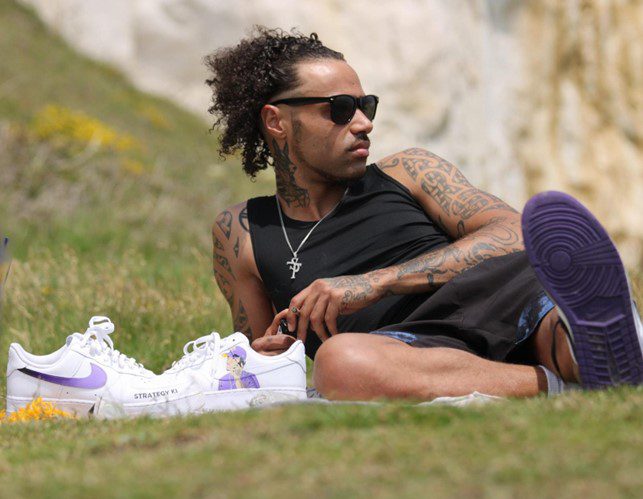 Grammy-nominated singer/songwriter, T-Pain, best known for his hit songs ‘Up Down’ and ‘I’m Sprung’, has teamed up with new UK’s emerging artist Strategy KI on this hot new single ‘That’s Just Tips’. This single has courted the attention of BBC radio 1xtra, making airplay on DJ Target’s ‘Touch Down Tour 2022’.

Reuben Leighton Kennedy, professionally known as Strategy KI is a rapper/sound engineer from the United Kingdom. He is best known for his song ‘Get This’ which was featured in the Netflix original film ‘The Beast (La Belva), 2020’. This movie hit the top ten (#7) in the UK and US. Stream The Belva on Netflix now. It is certainly one to check whether you have not previously watched it.

This single is a blend of components taken from Trap, R&B, and UK Drill music, all combined impeccably. This tune is one that both boys and girls can pay attention to and appreciate.

“I love working with new up-and-coming artists. I was one of them. Strategy KI and ESC crew are going to be a name that stays in the game for a very long time. He’s one to watch out for”, T-Pain told us in an exclusive interview.

Since early 2020, emerging rapper Strategy KI has been ruling the UK rap and drill scene, landing himself on the greatest music stages that the nation brings to the table, which incorporate Netflix, GRM Daily, and Link Up TV.

This is not the first time that T-Pain has worked with another UK artist. In 2021, British rapper A.J Tracey dropped a single entitled ‘Summertime Shootout’ which featured T-Pain

“I’m still gassed about the fact me and the team have a song with the living legend himself, T-Pain. I was too shook to bust down any auto-tune myself, I need I had Simple Life and the G.O.A.T doing up their ting. I just had to keep it real to me and rap my verse. Honestly, it’s a dream come true”, Strategy KI told us in this exclusive interview here at muzique magazine.

Stream this official audio track now on Spotify and other streaming sites. This song hit over 10K within its first week of being released, fans just can’t get enough of this hot new single.

Strategy KI has announced that he will be dropping his EP on the 12th of August on all digital platforms worldwide. This came after successfully securing a publishing deal with dittomusic.

Might there be a co-sign or record-bargain on the tables for this new and arising star? We have proactively seen him drop a new single with T-Pain and Simple Life – ‘That is Just Tips’. Who realize is to come next for this capable craftsman. In any case, the way things are what’s in store is looking splendid for Strategy KI subsequent to acquiring the regard from such hip-bounce legends as T-Pain, 50 Cent, and DJ Symphony (Wu-Tang).

Connect with Strategy KI on social media for updates on new music, videos, and more;