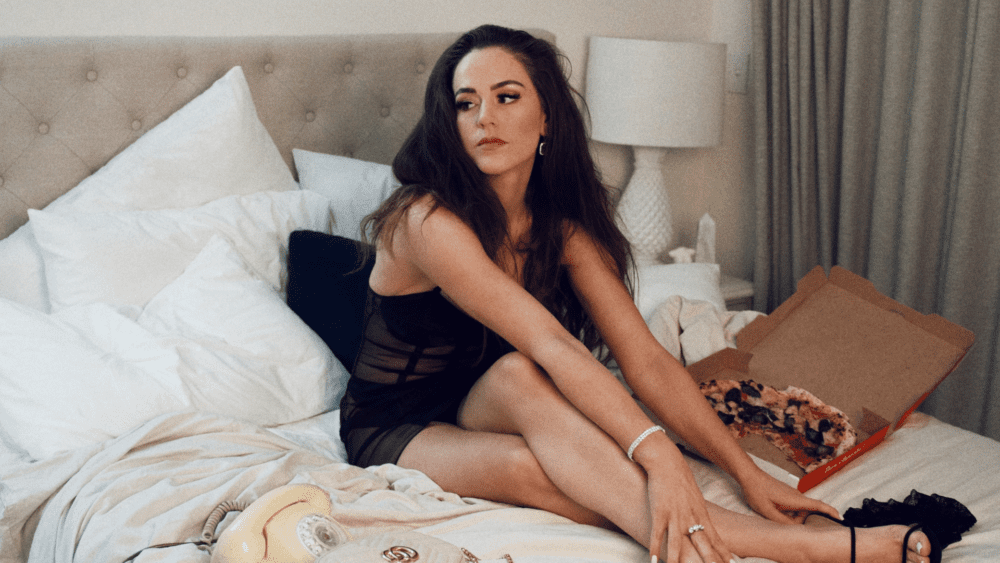 R&B / soul diva Jeyaia is back with her second single ‘No Love’, and it’s causing quite the stir.

Jeyaia hit the music scene in late 2021 with a lasting first impression, as her debut single ‘Rising’ and its remixes from Grammy-nominated producers including StoneBridge, Going Deeper, and the FifthGuys climbed to number 8 in the UK’s Music Week Commercial Pop Top 30 charts.

Fans have been keenly awaiting more music and are ready with open arms for Jeyaia as she returns in full strength with a soulful jam for the lonely hearts.

‘No Love’ tells a story of two people who struggle to find a deeper connection of love, as they spark each other’s inner insecurities. Jeyaia describes it as the feeling of being “totally alone, even when lying in someone’s arms and being as close as two humans can physically be.”

With smooth beats and velvety rich vocals, at just under 4 minutes, the song is a journey of raw heartfelt emotion, delivered with decadent harmonies and a story of lost love, as we hang on every word:

“It used to be so true when it was me and you,

Making excuses for ignoring all my calls.”

Jeyaia has heartbeats racing with her latest track ‘No Love’

“Anyone who has noticed repeating patterns in relationships, and finds themselves waiting for the dreaded anxiety that comes with the overpowering attraction of those certain connections that just push our buttons; will resonate with this song.” – says Jeyaia.

“I wanted to share this story to honor the little voice inside all of us that tells us we’re unworthy, unloved, unwanted. Not good enough. The truth is, we will never feel loved by another until we learn to love ourselves. I believe love is a word we use to describe connection, to our soul, and only we have the power to find that connection for ourselves, before finding it with another.”

‘No Love’ was produced by Sydney-based singer/songwriter, multi-instrumentalist, and producer Chelsea Warner, in the studio with Jeyaia.

“I knew Chelsea was the perfect producer for this track. We share a deep love for 90’s R&B and our combined energy alongside Chelsea’s incredible musical talent was everything we needed to bring this song to life.” – says Jeyaia,

‘No Love’ is snowballing into Spotify listener playlists as well as receiving a welcome response from media and international radio play, with the UK’s BBC Radio spinning the track’s world premiere on its BBC Introducing feature.

Jeyaia has also released a visualiser on her YouTube channel; leaving fans to interpret their own meaning of the song, with its sultry and mood-stirring visuals. Jeyaia has hinted that a music video is hot on its heels.