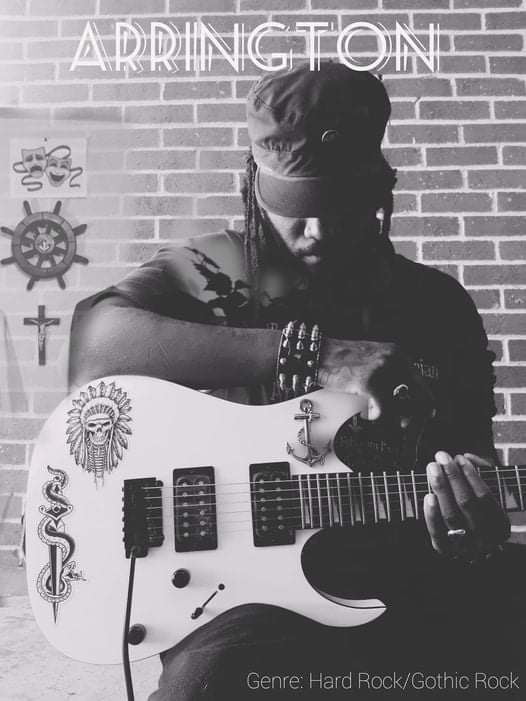 Im a solo musician and my name is “Arrington”. (It’s pronounced “Air-ring-ton”. So that’s what the name is. It’s Arrington.

The very first Guitar Hero game came out in 2005 and I was 8 years old then. The game features mainly classic rock with early 2000s rock music and that was the first type of music that I was introduced to was rock and roll. It caused me to grow a passion to eventually start playing the guitar foreal.

There’s this 1980s English gothic rock band called “Fields of the Nephilim” and I got my main playstyle from them. They’re basically the “foundation” for why my music sounds the way it does when it comes to my main influence.

I also have a strong blues influence that’s mixed in with metal, hard rock, or heavy metal. However, you want to put it. It’s kind of hard to explain, but you’d just have to listen to the music to see what I mean.

I don’t see myself as higher than others. The main goal is to just be different and unique in your own way. There’s no need to show that you can do something better than someone else when they may not even be into the same thing you’re into. It’s not that serious, it’s not that big of a deal.

My youtube channel name is “Ghostkid1997”. It’s also the same name as my Facebook page and my SoundCloud page which is still “Ghostkid1997” for both of them. But subscribing to my youtube channel is where everyone will be updated on new uploads whenever I finish new music and keeping up with what’s going on over here and basically the “news” of what’s going on with Arrington.