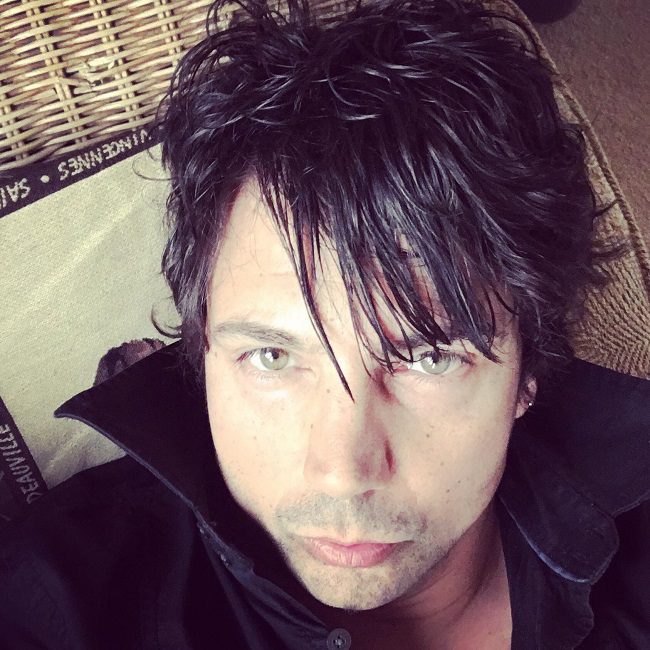 Renown Irish rock solo artist Dar.Ra is at it again and this time with a release which fans have been hoping for with the release of his new EP ‘Whiskey n Honey’ which features “The Lights Dark Night Remix’ plus an additional remix of the title track, ‘Neon Fantasy’ remix.

Dar.Ra is known for his rock anthems and recent hit album ‘New Kinda Normal’ has recently been making a push towards a new EDM style combining both the rock music and EDM genres to create something truly unique to the artist, allowing for the creation of the style he calls Rock Step. The combination of genres is already proving itself to be a hit with Dar.Ra’s dedicated fan base and following having countless streams and shares across all of the major social media sites by fans of both EDM and rock music.

The EP kicks of with the Title track ‘Whiskey n Honey’ which is a soulful gothic balled and tells a tale of a guy that gives up his life in pursuit of a neon fantasy, fast love, and temporary highs and exchanged for a loving family who he leaves behind. The tale ultimately ends in the subject’s demise through a realization that everything he does is hollow and meaningless. The track has a David Bowie feel about it, with echoes of Robert Frip type guitars that you hear in the Fashion and Fame classics.

“The Lights Dark Night Remix” also features alongside the title track and has an EDM style running through its veins and also comes with an official lyric video that has already proven to be a huge success and a benchmark in the artist’s career as we head forward into the year 2020 with full force.

Followers can keep up to date with Dar.Ra on his various social media accounts as he creates new sounds of rock and EDM inspired music which is guaranteed to be unique and fresh for listeners this year in 2020.

I was born in Dublin Ireland and My Mum was looking for something Original other than St Micheal. She did a bit of research and found a story about a mad Priest called Darragh and thought that would be perfect.

We had to move to England during the troubles as my father had an English accent even though he was Irish he had been educated in England. Having a different name in England didn’t work that well when I was growing up as everyone rips you and spells it wrong so I shorted it to Dar.Ra.

I used to borrow paintbrushes from School to use as drum sticks when I was like 5 and always wanted to drum. My Mum bought me a drum kit when I was 10 after my Dad died so music was and always has been at my side.

It gave me a way of opening a door to other worlds where I could be myself and bring back pieces of music and ideas from my escapism from the so-called Real-world that seamed so 3rd dimensional. I got signed to EMI when I was 20 and the thought of wearing a suit and being a number was never an option.

Music was always playing in the house from Jazz to Rock N Roll so it was in my DNA, from the moment I was born I was signing. I would say that Rock N Roll from The Beatles, Kinks, Small Faces, Otis Reading, James Brown, Prince, would be the place I go if I need to have my ears restored to their optimum balance.

All my music has a subplot and characters that play out parts in the songs. Whiskey N Honey is a song about someone that gets bored of his life in a loving relationship with his family and decides he wants to get out and find new highs in a neon fantasy land, where fast love and momentary highs become his world until he realizes that he has become hollow and empty and regrets his choices only to find he can’t ever go back.

I just watch people and listen out for ideas in the ether and attempt to make mini-operas by putting the storylines to music. New Kinda Normal has some cool plots on it. Rock Steady a track on the album is about a guy that turns into a werewolf and becomes vigilant in NYC.

Lights are about having someone there when you’re at your lowest and contemplating suicide. It was inspired by Robin Williams. I thought it was so sad that a man that made the world laugh took his own life and was alone at the end.

When your signed at an early age you get into the habit that everyone will do things for you. PR gets done, marketing gets done, artwork gets produced and manufacturing gets done.

When you set up your own shop you have to do all of it and more to stand out and compete against other major label artists who have 2 million dollars plus to get the job done. So doing everything yourself is a massive challenge. My greatest attribute is staying the course and keeping my eye on the cake.

I just enjoy what I do, to be making the perfect track with a perfect video is unachievable, so it keeps me going to keep trying. I’m never really happy with whatever I do and always want to better that last release in some way. There are better musicians out there, better singers and better writers, I just do what I do and if people like it then I gain another friend and the tribe grows stronger as a result.

It’s more of a movement that I’m looking to build where ideas can be shared. I generally do not believe that artists should compete against each other or feel they are better or worse, we all have something to give and one idea can change the world.

Stay sane in an insane world is the first key to my plan. I would like to write another book as the last two did well. Road Tales is about touring and living on the road for long periods of time and meeting amazing people with life-changing stories to tell.

A little book of inspiration for when you feel life is not showing you any options. The Night That Jimi Died is about a Girl who can channel the spirit of Jimi Hendrix and grows up to become the greatest Rock Star of all Time while changing the music industry forever.

So many people from Radio Stations around the world to Podcasters to Bloggers and Journalists who have been championing my Work. To individual people who support me every day in what I do on Instagram, Twitter, and Facebook. Social media changed the game for the better in my mind you can speak to people directly now and the gatekeepers have been served time.