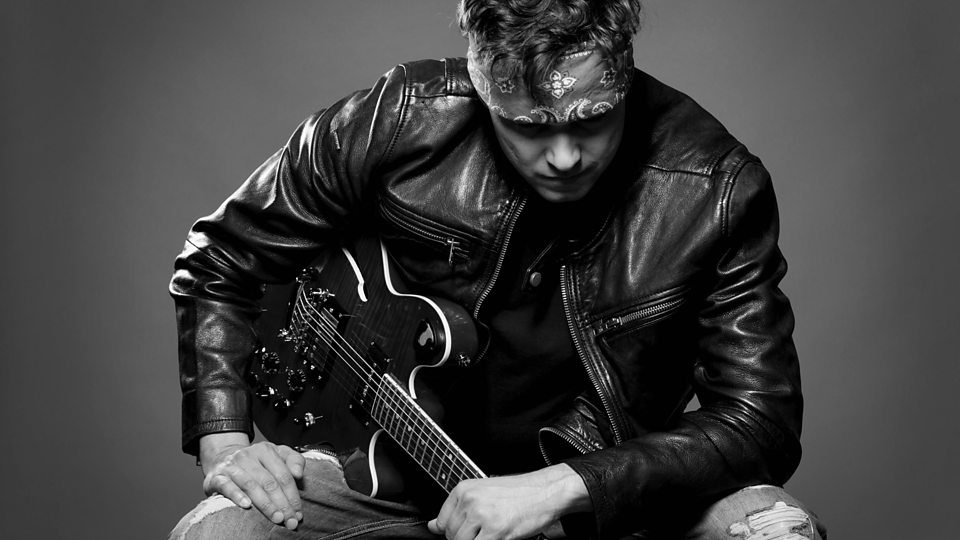 Oliver Sean’s stature as one of the premier independent singer-songwriters to breakthrough into mainstream contemporary music is his artistic trump card, backed by an MTV EMA nomination, platinum single, Top 10 hits like “Movies”, praise from critics and the esteem of his peers. But the full hand of his talents marks him as well as a gifted composer, dynamic live performer, guitar virtuoso, record producer and well on his way to create a rich and diverse musical legacy.

I believe I was 8 years old when I was seriously into music and around 10 I started writing songs and music.

I’ve been lucky enough to experience the end of the good old days of the music industry by being signed to the majors for a little while but with an Indie mindset and then I was part of the uprising, so to say, of the indie artist and I’ve grown with that and now I firmly stay an Independent Artist and have achieved considerable success as a DIY Indie Artist.

I think I always knew I would be a professional musician as far back as I can remember. One of the things that did inspire me in a traditional manner was the movie la Bamba and the story of Richie Valens and actually every band that I was inspired by as a kid kept affirming my decision to be a musician. I couldn’t think of anything else.

I’d rather work with the hottest record producer like Robert Mutt Lang and such than collaborate with some “hottest artist” because whoever the “hot” artist is, is just a result of extensive marketing and loads of writers and producers.

Do you feel that you are an artist/band or entertainer?

I am an artist and entertainer’s soul needs me to write and make music while my mind and heart need me to go out there and make people enjoy themselves and have a great awe-inspiring time watching me give them a great show.

How do you feel about bootlegging?

It’s been a part of the film and music industry forever and now with digital music taking over everything else, it’s become even easier. There’s no way to stop it and to be fair the only people who do want to stop it in a big way and go all crazy are the record labels. The artists don’t give a damn as long as people are listening to their music.

I’ve done both and they both have their benefits. But if you an are a successful Indie and seeking enough music and lucky enough to make a good living doing what you love then there is nothing better than that.

I’m releasing a new single called ‘Doing That (Time Love Happiness)’ in February along with a music video and this will be coinciding with Headline at the WOA Music Festival and Tour 2019. I’m super excited about this and also the upcoming music videos for my iTunes no.1 single ‘Walk up and Kiss you’ from the album Devil in Blue Jeans and the title track music video. So quite a bit planned out for 2019.

I’ve been lucky enough to be nominated for an MTV EMA and have had a No.10 on VH1 and a No.1 on iTunes. For an Indie Artist, this is hard work but well worth the effort I also have won Gold at the International Independent Film Awards for Original Song and Music Video. My album has also won Best Rock Album and Best Music Video at various Indie awards like the Academia Awards and Global Music Awards.

Who was your inspiration?

In Life I’d say, my Mom, she made me into the man I am today. In music, I’d say there are too many to name. All the greats! From AC/DC and Queen to Eric Clapton and Michael Jackson.

What is your favorite song?

Wow, I don’t know any musician who could answer that La Bamba is a favorite because it brings back great memories as a kid and how it made me want to be a musician more than anything in the world. AC/DC’s ‘That’s the way I want to rock n Roll’ is another – changed the way I looked at the guitar similarly there are other songs that make you smile, cry, dance, laugh – all those songs would be my favorites.

What suggestions do you have for another artist like yourself?

Don’t let so-called industry people get you down about your music. If someone rejects your music or isn’t interested it’s their loss. For every person who rejects you, there are a hundred who love your music. Remember that you do it for those hundreds!

my official site is