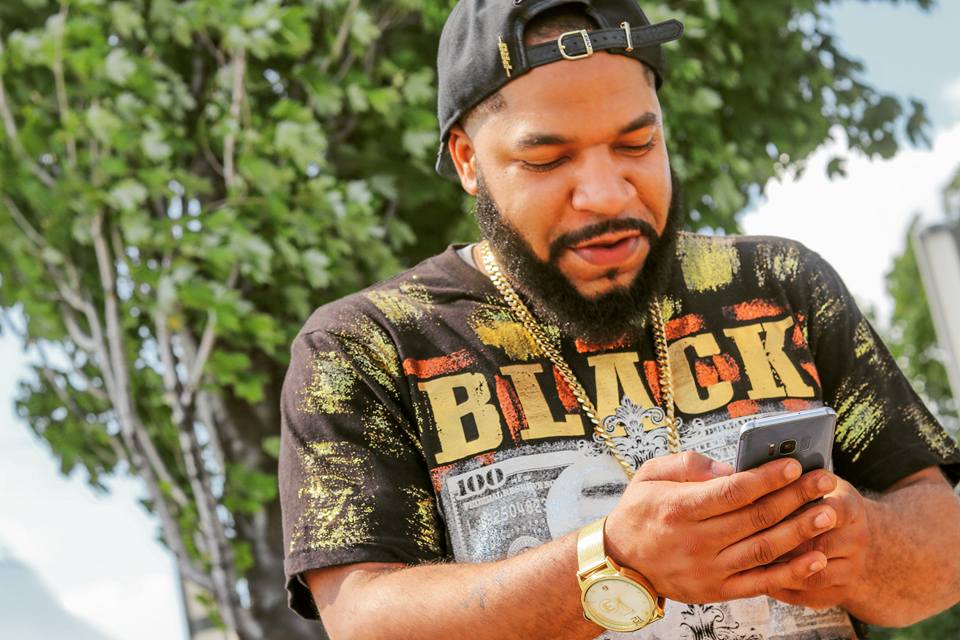 B-Live was born and raised on the west side of Detroit, Michigan. He discovered his passion for music at the age of 5 while watching music videos on “The Box” with his Uncle. He knew right then and there he was meant to be an entertainer. By the age 7, while listening to music, he begins to pretend there were no vocals on the tracks and freestyle over the songs.

A year later at the age of 8, he begins to come up with subjects to rap about and started finding himself telling stories. As he got older, another factor came into play “Money”. So, at the age of 13, he started engaging in the streets, where he learned how to hustle. He learned the game from older well-respected dealers, which gave him the advantage to gain the respect of others as well.

B-Live then became an independent solo artist, whose determination became greater. He went on to drop mixtapes, opened for a major artist in his city, produced for another artist, and designed CD artwork as well. But around the age 22 due to having a run-in with the law, B-Live was slowed down and decided to take a break. He never had any intentions of giving up, he just needed to get his life on track, and do things the right way after having his first and only daughter “Lyriq”.

After doing his homework, and finally decided to learn the industry, he realized he wanted to really make a living off his craft. So, he decided he was ready to be his own boss, and soon after he started “B-Live Ent.” His very own entertainment company where he makes the rules. B-live is very seasoned and knowledgeable about the industry now and only aims to give the fans what they need “Top Quality Entertainment”.

I first discovered my love for music when I was only 5 years old, my uncle was watching “The Box” on TV and I was in the room just playing around until Eazy E video came on “We Want Eazy”. I was blown away by the live crowd in the video and I remember my favorite part being when Eazy E came through the screen and landed on stage and just started going ham lol.

When I began to just freestyle over music and instrumentals and I had all my people going crazy over my flow, that’s what really motivated me to pursue it. People thought I was really good at it.

I would prefer to be independent, reason being, social media opens up so many opportunities to build a fanbase and generate your own revenue. The only way I would consider a major is if it’s really worth it and beneficial to my family and plus a nice bonus check or something.

I feel the present state of the industry today is a little weird at times, but at the same time, it is some great music out here also. Also, I do like the sound as far as beats and catchy hooks.

I listened to some pretty goodie music. I think I was mostly influenced by artist like Jay-Z, Ice Cube, I came up listening to a lot of Cash Money the most though.

I think my biggest break so far is me finally finding myself and branding myself like I would like to be represented. I have learned a lot throughout the years, bad and good, and I feel I’m really heading in the right directions taking it to the next level. I mean I have progressed so much.

I have been studying the business for some years now, which has really expanded my knowledge of the industry and just in business in general. I have opened up more and I am showing the world what I have to offer, and I’m doing it the right way in a good way. I have host shows, I have put on my own shows, I am showing my abilities to just be creative and be positive.

My greatest challenge sometimes is just being able to stay relevant as any other artist challenge should be. In the studio, I have been known best for an arrangement. I’m really good at taking my time and turning something simple into a  smash hit.

What distinguishes from just a musician I think is just my creative ability. Meaning being able to show more than just my music talent, I mean I’m a graphic designer, producer, writer, sketch artist, etc. I have more to offer than just recording music, I am a performer, I am a creator, I am an “Entertainer”.

I would love to work with artist such as Drake, The Migos, Kash Doll, Kendrick Lamar, Bruno Mars, Gucci Mane, and there are some others I can’t think of off the top of my head. But I would work with them because I feel they are more than just musicians, they are a real artist that really make dope music and hit records. I’m about hit songs, don’t matter the genre for me.

I would like to leave my listeners with the impression that music is not to hate on nobody or put nobody down, but rather to uplift and motivate my people to get out here, get it, and live it up. I always want people to know my story, understand my whole process of progressing in life.

This one is easy, just stop letting everybody and their mama get in the game, especially if they really don’t have the talent, and passion for it.

Not going lie, I’m always working, I’m a music head, but the answer would most definitely be spending time with my daughter, and doing things like watching movies, bowling, traveling, just catching up on the world.

My image represents “Royalty”. I just feel I’m on a different level at times. I feel the things I have been through has built me up to be a leader, I am a boss, I am a king. That’s why I feel the color “Gold” fits me so much because it represents a “King” and plus It’s my favorite color, I really like that  “Rich” look.

Well after my last successful project “Live From The Block” (which is on iTunes now) and creating “The Livest Show Ever” Platform. I am working on a new project called “Eargasm”. I have some new music I will also be releasing soon as singles. I am working with a new artist from my city and different places in the world.

Also, I am working on a big show for the kids “The Livest Kids Ever”. I bout to start a bi-weekly open mic show coming soon, and I’m just putting in more work to progress. Who knows I might write a movie soon.

My ultimate goal is to set up a secure future for myself and my family. I would like to expand my business to its full potential and just become a successful entrepreneur.

I would just suggest for an artist to work hard, practice hard, find yourself, brand yourself, put out good content with great quality, learn the business, and market yourself….that’s all.

I would most definitely like to thank God first, which we all should, for allowing me to still live and for the talent he has blessed me with. My family for always showing me love and supporting and believing in me. And I would like to thank my supporters for keeping me motivated to keep moving forward, thank you, everyone!