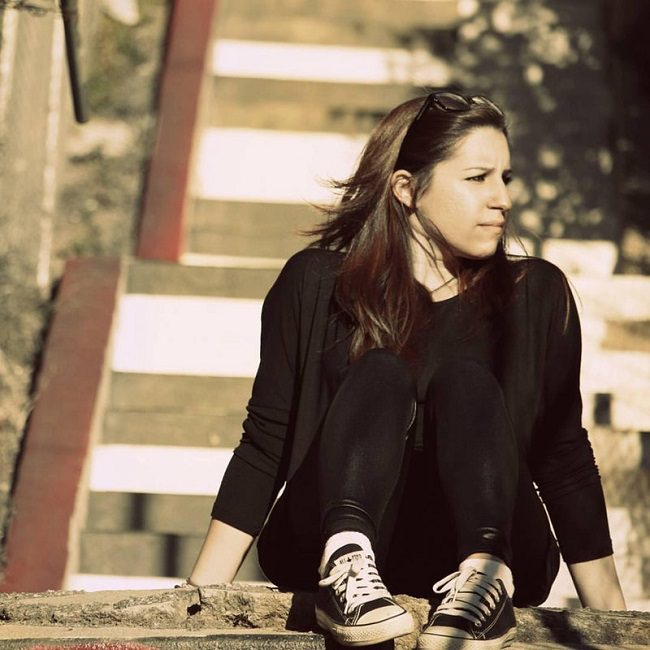 Ghiya Rushidat was born in Saudi Arabia and raised in Jordan.  As one of the few female composers of Arab heritage, Ghiya takes pride in shattering stereotypes about women in film music, and about Middle Eastern women in general.  Despite a physical attack after her concert in Jordan, this resilient artist continues to share her voice and her emotive and provocative scores with American audiences.  She is especially interested in scoring films not traditionally offered to women, such as big action films.

Ghiya entered the world of music at the age of four. Playing the piano by ear, then receiving formal and classical piano education. From childhood, she intended to become a concert pianist, and followed that path until 2008, when she lost her first love to cancer.  Composing became a coping mechanism, and continued to help her grieve when her father passed away two years later.  These events have profoundly shaped her music.

She attended the Royal College of Music in London, the Conservatoire National de Danse et de Musique de Lyon in France, and Yermouk University in Jordan, acquiring three degrees in piano performance and musicology along the way, as well as proficiency in three languages.  Always pushing further, Ghiya will be starting a fourth-degree at another distinguished institute, this time in neuroscience.  She is also currently learning to speak Mandarin.

I stumbled upon my first keyboard when I was 4 years old. I received a small toy piano as my birthday gift and started playing melodies and songs from the ear. My mum recognized this and started encouraging and investing in it.

I didn’t have my first actual upright piano until I was 8 years old. And at 12, I decided that I want to take this career seriously and began learning piano, theory, and musicology with Mr. Travelian Sako. Year after year, I realized more and more that this is what I am crazy about, what makes my soul happy and my form of self-expression.

Everything I have encountered, faced, heard, seen. Every person I meet or every music I hear teaches me something. I believe all artists have a voice that needs to be explored then they fine-tune it (pun intended) as years and experiences go by.

My style belongs to the people in my life, the places I have lived and been to, the teachers I have been mentored by, and my internal feelings and voices.

As I am handling a few projects at this time, I will answer this question as a general point of view. Every project has its own identity and print. I go deep into the story, the characters, the backstories, the sounds in the film, the colors, every element contributes to the sound and shape of the music.

In one of the features I am working on, I chose 20 ethnic and exotic instruments to perform unusual textures and sounds for the film where the story needs to be neutral and unbiased, I had to go with a tone that doesn’t reveal what’s going on at the same time it doesn’t cause the emotion of suspense. It was certainly a challenge but my incredible musicians captured the vibe and did a brilliant job.

I love what I do. And I enjoy analyzing stories and characters and I absolutely enjoy chatting with people about it all. The challenges can be often when communicating with the director and speaking in music while he/she is speaking film and visuals.

I find joy in learning their vocabulary and sharing mine. I enjoy meeting deadlines and exploring sounds for the film. Another feature I have worked on, I was able to go to India to find musicians and new sounds there and it was a very fulfilling feeling.