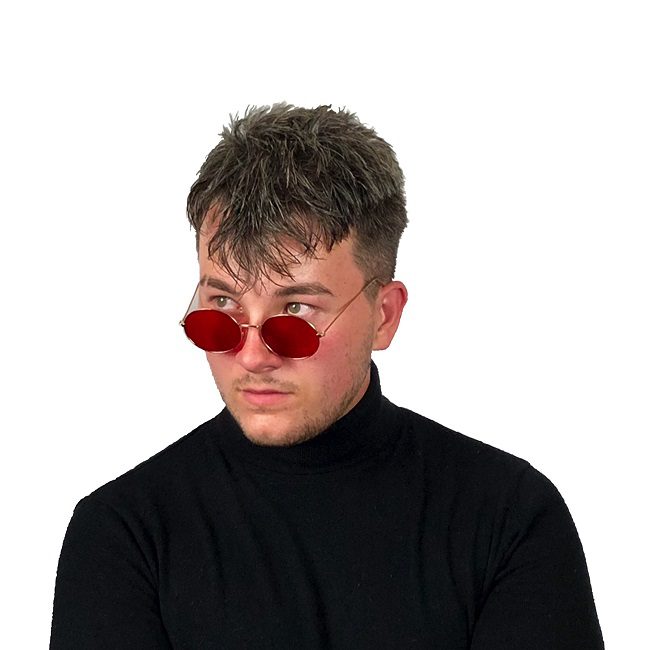 Brennon Wills, professionally known as  Johi Gate, is a singer-songwriter-producer mixer and performer, from Dayton, Ohio.

Johi began developing his music from the age of 3 when he began playing the piano. By the age of 14, he became a competent multi-instrumentalist. he began producing EDM music when he was 14 under the pseudonym ‘LOX’

In 2018 he started the youtube channel ‘lumberjax’ filming and edition comedy skits.

In 2019 he began building his brand as Johi Gate. And wrote, recorded, produced, and mixed his first single “What I Choose” Released November 9th, 2019

He revolves his brand around asking deep questions, mainly targeted to the youth of this generation with many questions and no answers, with their futures approaching not knowing what to do.

It’s kinda a long story haha, my middle name is Joseph so I really wanted to go off of that, I thought about Joey but it really wasn’t sitting with me right. So I and some of my friends decided that ‘Johi’ was just right.

As for ‘Gate’ my brand is really centered around questions, curiosity, and the deep mysteries of life and the future for people of my generation, there’s a lot of story and narrative in my music artwork and overall content, so I originally was going to go with ‘Johi Enigma’ but my friends thought that sounded like a disease haha.

So ‘Gate’ actually is Norwegian for ‘enigma’ so there’s a lot of underlying narrative in the name, also Johi really sounds almost like ‘joy’ therefore the answers to the enigma’s open up the gate to joy. Its really up for fan speculation from that point, but I definitely spent a lot of time working on the name.

Even the logo, the question mark with a dead smily face, has its own narrative. So it all took a lot of thought and effort, but everything pieces together beautifully.

Well my father is a musician, he sings and plays the piano, he was very passionate in his craft, he even built his own professional studio back when everything was analog, can you imagine? So I grew up around that environment and musical influence, I began playing the piano when I was 3 and by about the age of 14 I was a very competent multi-instrumentalist.

I was always known as the “Performer” “comedian” and “piano kid” growing up, music was just always my talent and my passion, when I was about 14 I got a job at chick-fil-a after that I worked for a retirement community for several years doing everything from waiting tables, front desk work, housekeeping, and maintenance work, my manager really helped me grow as an individual and influenced me to take action and responsibility, and from family and friends influences that mindset really lead me to going after my dreams.

In 2018 I started the youtube channel “lumberjax” where I and my friends made comedy skits and my buddy Noah Sperry helped me out a lot with those, after about 10 months learning cinematography, lighting, film production, post-production, branding, and marketing, I felt a strong call to music.

So I took the skills I had learned and applied them to my career in music. It was mid 2019 when I realized that my roots in music was my calling, and its what I wanted to do, so I chose it, hence my song “What I Choose” so in September against all odds I quit my job to chase my dream of making a career out of my music, and here I am now talking to you, so I think I made a good call haha.

Almost all challenges are in the mind, I’ve really worked to take control of my own mind and emotions, like thoughts of doubt, failure, etc. My work ethic really is mind over matter, it kind of has to be when you’re one guy climbing the world, I am the most driven in my work of anyone I know of, I won’t rest until my goals have a checkmark next to them.

I set a list of goals and tackle them one after one, before I quit my job to do music full time, I was working 40 hours a week, getting off at 4:30, and from the time I got home at 5:00 I was working on my projects until 2:00 AM sleep, wake up, repeat.

Whenever an opportunity comes my way I take it and run with it, I almost never stop working to my goals, and one day when I reach every achievement I have set before me, ill make a new list, or invent new goals nobody has yet achieved.

I have a unique work ethic because everyone says “sky’s the limit” but my vision isn’t limited by anything. I may just be a kid from Ohio, but I plan on touching the stars, and far beyond, and I will not stop learning and working until I do, and I’ll probably keep working after that too haha.

As of today we’re working on the music video for “What I Choose” I’m also working on the next single as of this interview, my plan is to get a few singles out, an EP and have a full-length album by late 2020, there’s a lot in the works, I don’t want to spoil it all 😉

They can stay up to date on my website or my socials.