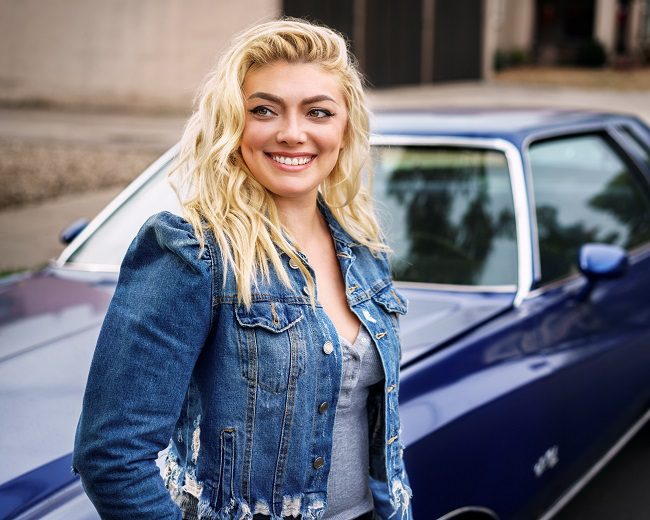 Hello Diane! Happy to get to speak with you. Fill us in on all going on in your world right now!

Things are busy! Even amidst the coronavirus crisis, I am working on my production company non-stop, but from home!  I am also a single mom to two teenage children so my days are filled with, well, being a Mom! It’s the best part of my life and I am so grateful to have two amazing kids. They have taught me so much about life and about myself. I have an incredible mom and dad and I can only hope to be as wonderful of a parent as they were to me. With everything that’s going on in the world the kids have had to adjust just like the rest of us and have been doing distance learning for school.

They have both done a great job of staying on top of their schoolwork and figuring things out for themselves under these circumstances. Self-reliance is a great virtue to learn young. We are so very grateful to our health industry heroes and everyone that has been doing such hard work on the frontlines. Looking forward to being on set again creating with the very talented people I get to create with!

Tell us about the production company you own? What is the story behind the name of it?

WallyBird Productions had been something I wanted to start for several years and I had been toying with a bunch of different names. It’s always a good idea to ask friends what they think and I was throwing out names to some colleagues at Glen Arden Club one night including Trippy Blonde and WO-man, just to name a few. Ha! Nothing really stuck and didn’t have enough meaning for me.

Then one night it hit me out of the blue and it sent waves all over my body! I just knew I had figured it out. At the beginning of 2018, my older brother, Walter Foster Jr. tragically passed away and it has changed my life forever. My brother was my hero and was so tall I would climb all the way up to him as a child like a little monkey. He was lanky and had an infectious laugh and smile that you couldn’t help but smile too when he did. Even now just thinking about his smile makes me smile. That’s the kind guy Wally was. Fun and happy go lucky, nothing ever ruffling his feathers. He was a bar fly, avid softballer, and everyone knew him.

He was taken far too young and it has devastated my family beyond anything we could have ever imagined. The last two years have been incredibly difficult but knowing my brother and what an amazing person he was, he would want us to remember him in joy and happiness. The night I knew what the name would be I swear he was with me and giving me that mischievous smirk. I called my mother and said, “Mom, I came up with my company name and I wanted to ask for your and Dad’s blessing. I’m naming it this because I want to honor Wally and his life and how much he meant to us all.

I want to name it “WallyBird”. We both cried and she said, “of course, what an honor and how proud he would be of me”. WallyBird was his childhood nickname and one of the things we affectionally called him. I am so happy that I can honor his life in my work and its exactly what he was all about. The fun, the entertainment of it all. I cry missing him all the time but I know he’s smiling back at me with that giant smile, watching over me, giving me a big thumbs up for WallyBird Productions.

You are also a creative director for JUNO. Tell us all about that and how that came to be!

JUNO and I met at the Beverly Hills Playhouse when I was starring in the play “Laundry and Bourbon” by James McLure. She was taking Saturday morning class with longtime film and television director Howie Deutch that she met on the set of her episode of “Empire”. We did our show for the class and had a Q&A after for the audience. JUNO stood up and said how much of an impact the play had on her and how grateful she was she saw it. From the moment you meet her, it’s like a fireball coming into the room! She is a star through and through and you cannot miss it even if you tried! I thought to myself “Who is this amazing source of energy?!!”

She followed the cast on social media and shouted out our show telling everyone how they MUST go see it before the run was over. We communicated for the next year and supported each other’s projects becoming fast friends. She moved to Nashville and knowing that I had started WallyBird, asked if I would work on the projects she had. She was in the midst of creating her first album and told me she had hundreds of hours of footage from her time on tour with Fifth Harmony and Camila Cabello.

I started documenting and filming from that point forward her journey making her first album which will be when finished and released, the “Help Is Not On The Way” documentary. At the same time, I was filming her Guitar Bootcamp Series for educational guitar instruction and officially became the Creative Director of TEAM JUNO. We have an incredible working relationship and friendship. We get each other and have a shorthand, unlike anyone I have ever worked with. We discuss all aspects of the look and of everything that goes out so it remains on brand.

JUNO is in her own lane musically and as an artist, just like the legendary Prince, and over time people will catch on like wildfire. We have so many ideas we are currently putting in motion for the music videos of her recently released album and am excited for what’s to come for me JUNO and WallyBird working hand in hand.

What would you say is the BEST piece of advice you have gotten in your career and life?

“Money will come. Just keep working hard.” That was told to me by the great actor John Savage who played my father, Irv Huffman, in the Tribeca Film Fest Official Selection feature “IOWA”. John was in “The Deer Hunter” and “Hair” and so many classic films of the 70’s. I really appreciated his insight that things will not be easy while you are trying to “make it”, but if you keep your focus and keep working at it that all good things and eventually the financial award of your hard work will come.

Who is someone that inspires you the most in your career?

I have many inspirations whether it be through art, music, film, books. If I had to pick someone who’s the career I truly admire and am a fangirl of, it would be Reese Witherspoon. She has seamlessly transitioned back and forth through being an actress, producer, mother, and running her own production company while being supportive of her friends. Considering those are all things I consider myself and, in fact, am, I am inspired by her and would love to create a career as diverse as hers. I am also a really big fan of women that empower other women and women making a difference like Lena Waithe and Ava DuVernay.

What are you currently working on?

I am writing my first full-length feature film and my first television sitcom. As a producer, I am working on JUNO’s Guitar Bootcamp series and her documentary, “Make A Wish” horror comedy film that is going out to festivals, “SHIRi” a romantic comedy film awaiting festivals and “Dissonance” and urban drama film that just finished post and will be in festival market in 2021. I am also working on bringing a theater company to Salem, Oregon titled “Salem Theater Experience” that will be a “theater circus”.

We come in for week-long education opportunities with professionals from LA that culminates with a weekend-long performance. Another feature film I produced, “Before the Dawn” a romantic drama, is currently out on amazon prime, Tubi, and Roku. As an actor, I am working on several things including a series for television that is currently still in the writer’s room. Grateful to be busy and to all the amazing people I have working with WallyBird Productions.

Tell us your favorite item in your closet right now?

At the moment it’s my “BE LOVE” sweatshirt and Aviator Nation sweatpants. It’s quarantine after all! Pre- Quarantine, my most treasured item is a Dolce and Gabbana blue silk business jacket with tiger print lining I wore to the premiere of “IOWA” at the Tribeca Film Festival many moons ago.

Where can we find you online and connect further with you?

Check me out on IG, FB, IMDb and all the links below!