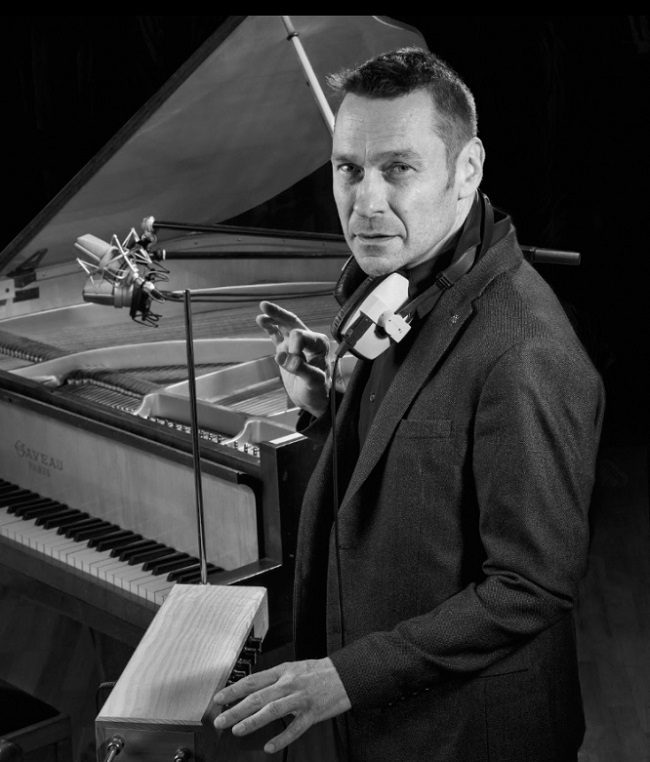 Finland-based film and TV composer Kepa Lehtinen releases new single “16mm”  Taken from the upcoming album It Is OK To Be Sad And Dark, “16mm” is a somber and hypnotic ballad performed on theremin, piano, and double bass captured with a gritty noir-inspired sound that represents the attainment of a major artistic goal for Lehtinen. “I have chased this sound for a long time,” he says, “retro but ultra hi-fi, the dark sound of the past modernized. The sonic equivalent of the way 16mm movies look.”

Listen to the new song here

The theremin is a unique electronic instrument that produces sound when your hands interact with the electromagnetic field it emits without actually touching the device itself. It was invented in the labs of KGB  by Russian engineer Leon Theremin in the early 1920s. Lehtinen’s previous theremin piece “Kontula” has been streamed almost 500,000 times on Spotify and “16mm” will again bring the unusual, violin-like instrument to a large, modern audience.

Kepa Lehtinen was born in Helsinki, Finland in 1971 and began studying music in childhood, eventually learning to play piano, synthesizers, theremin, and drums. He went on to study Sound Design at Finland’s Aalto University and has since written music for many films, commercials, and TV productions.

He routinely works as a composer, sound editor, and sound designer. His work has appeared in award-winning Finnish titles such as Kimmo (TV series),  Almost 18 (feature film), and A Stone LeftUnturned (short film). He released his first solo album, Playing Theremin, in 2018. In 2019 he released Helsinki in November.

Check him out on social media https://twitter.com/KepaLehtinen

Publicist since 1992 ~ Tenacious and Colourful