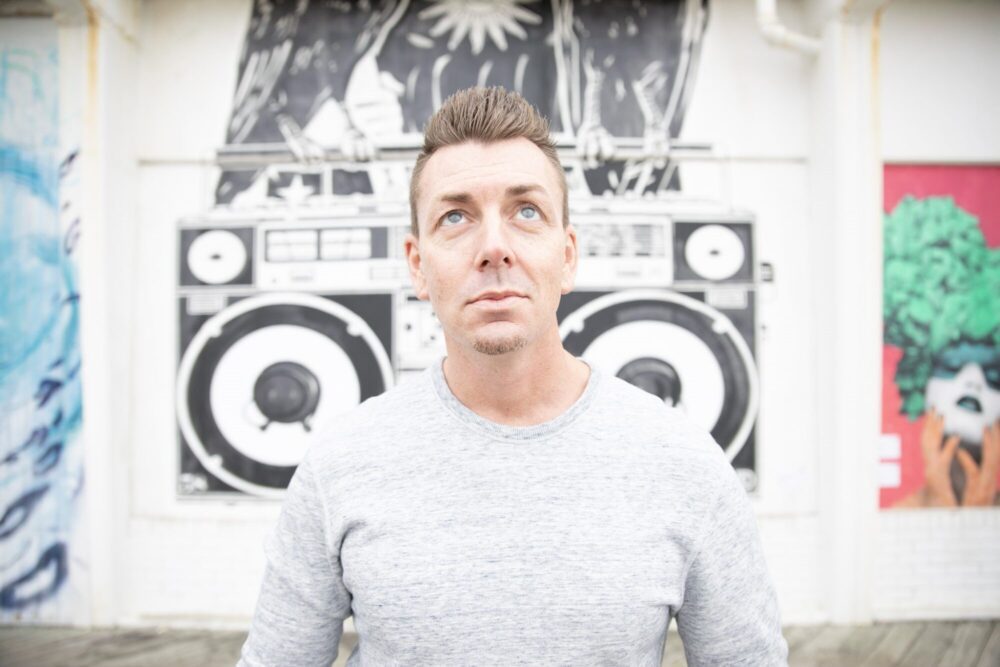 Cheyne Christian is a highly respected DJ/ producer from N.J / New York. His reputation spreads far and
wide due to a highly successful career that saw him on the global jet set path at the time house music really
struck a global musical note. He’s currently getting massive airplay with his guest mixes alongside a cheeky
bootleg titled ‘Asses Shakin’.

When did you start DJing – and what or who were your early passions and influences?

I started in 1992 at 12 years old.  It was the movie “Juice” with 2pac and Omar Epps.  Watching the main character mix, scratch and battle I was immediately hooked.  There was a big Hip Hop Movement in the early 90’s and I was a fan of all the music coming out of it. So, I started picking up any and all jobs I could find and saving my lunch money to get my turntables and mixer.

That said, all I could afford at the time was a pair of Gemini Belt Driven Tables (faaaaaar away from Techniques) and a realistic mixer.  Not quite the ideal set up for a battle DJ, but I sure had fun with that set up.  In 95 at 15 years old I snuck out to a Rave with some older friends, and that was the first time I was ever exposed to electronic music, a sound system that loud, lights visuals, it was like I walked into another world.

After the sensory overload, I locked in on the music pumping through the speakers, rolling 303, bouncing acid synths, I didn’t just hear it, I felt it! Then, at the center of it all, the DJ (can’t remember who) just dialed in, record after record taking the crowd on an epic journey.

All I knew was,  I needed to find out where to buy those records.  After that night I would save all of my lunch money to make trips to NYC record stores to buy as many of those tracks as I could afford.  At 15, I would make mixtapes and sell them to my friends, also doing parties here and there.  Flash forward, it was one of my mixtapes at the age of 18 that landed me my first NYC Residency.

In terms of influences, there are absolutely some people I need to call out here….  In terms of DJ’s and Producers who I truly respect and admire, and to this day still influence my style/sound,  Eric Morillo, Roger Sanchez, Danny Tenaglia.  Danny, man, the first track I ever did was a remix of C&C Music Factory’s 90s Pop hit Sweat.  I made a straight underground tribal mix of that with Dean Masi, and I remember getting the test vinyl about a week before WMC 2002.

That Friday, a few days before WMC started I went to see Danny @ Vinyl in NYC and handed him the record from the dance floor…  A week later im in Space in Miami, and he plays the track and set the tone for my production career. Between listening to Danny, Erick and Rogers marathon sets, and them supporting different tracks over the years, words can’t describe how impactful that has been.

What is about music and/or sound that drew you to it?

After Djing for over 20 years, it wasn’t until recently that I knew why, it’s a few things.   Music/Djing has always been a form of therapy for me, when I’m producing or djing, I’m 100% living in that moment.  Life comes at you a mile a minute, and it’s really hard to slow things down.  This is the only time in my life where time seems to stand still.

“Stay true to who I am, Why I do this. And most importantly, always keep my family first”

What were some of the main challenges and goals when starting out as a DJ and how have they changed over time?

I never really had specific goals in the beginning…  I just wanted to make cool beats and DJ at the top parties/clubs.  What’s crazy is that when I was headlining some big clubs in NYC at 18 years old (not even technically old enough to be in them) I had no idea about the whole scene in Ibiza, and Europe.. I knew about it, but never really thought playing there was possible.

I ended up catching Carl Cox and Paul Oakenfold at a concert at Jones Beach in NY, and that’s when it hit me.  I was like damn, this would be pretty cool…  Then I quickly realized that’s not really possible unless I’m producing my own stuff.  So at that point my goals became to make cool beats, have everyone love them and my favorite DJ’s play them, and see the world while I was doing this.

Very carefree, this is well before the wife and 3 kids. Now, at this stage in my life, its honestly not that far off from my earlier years.  The only difference is the frequency in terms of travel and gigs.  I want to make cool beats, share them with the world, and a few times a year travel to my favorite places, and festivals to rock out!

In terms of challenges, being that I found success at an early age (NYC Residencies at 18 years old) my ego got the better of me at times, and I was a cocky little pre-Madonna.  My heart was always in the right place, but looking back at it, the me now would have slapped some sense in to the me then.

Also, since I always wore my heart on my sleeve, and was/still am extremely passionate about Djing and producing, I was taken advantage of more times than I’d like to admit…. I would make business decisions with my heart, and not my head.  Because of my ego, I didn’t think I needed any help from anyone, I knew it all.  When in reality, what I needed was someone looking out for my best interest and showing me how make decisions intelligently, rather than emotionally.

What is it about DJing, compared to, say, producing your own music, that makes it interesting for you?

They are both the same for me, it’s that moment when you connect with the crowd, you got everyone right where you want them, and they are down for the journey.  Have you ever went to see a Dj and people were standing around, not everyone dancing, or the club empty’s out early, way before the Dj is done?

Then you see other Dj’s where EVERYBODY is dancing, even the venue staff, the lights come on when the nights over, the place is packed, and no one is going anywhere?  That’s connecting with the crowd.  With my tracks, I get that same feeling, when people are going nuts to something that you created….. It’s such a rush…  I get chills just thinking about it!

How would you define the job and describe the influence of the DJ?

To make people dance, forget about their problems and lose themselves in the music, but in your own way.  Your style, your sound, but everyone feels it, they can hear the story you are telling through the music… They are on board for the journey!

How are the experience and the music transformed through your work?

Let’s say you have a gig coming up tonight. What does your approach look like – from selecting the material and preparing for, opening and then building a set?

I was never a big “planner” I have my “style” records that I definitely want to play and will play.  I know where I’m going to start the journey, and how I want it to end.  However, most of it is all reading the crowd in real time.  If people are feeling certain tracks more so than others, I’m going to feed off of that, blend my style with what’s working.  Anyone can match a beat, but what I described above, is what it’s all about.

Being a working DJ for over 20 years, I had some really dark times in my life, and no matter how dark, the fact that I knew I got to play for people 4-5 times a week made those dark times OK. Music has always been my escape. From my early years, I would always “get lost in the music” its where I find my balance, my peace.  For me, my mood, has never been a distraction.  Once I mix my first few tracks, and see people dancing, I always know, everything is going to be OK.

What do you usually start with when preparing for a set? What projects do you have in the making currently and what are your plans for the near future?

So, after taking quite a long break from the scene (12 years), I’ve been on a rampage at the moment. I have about 8 new tracks all set and ready to roll on my new label Bridge & Tunnel Beat Co, the first release is a track called Tribal ISH(Steve can provide a write up), and I’ve been featured on some really cool radio shows all over the world.  I’m really excited to share my new material with world, and looking forward to picking up a few global gigs and festivals during the summer of 2019.  My winter/spring release schedule is as follows:

I’m very excited to take this next journey in music with the full support of Steve Stimpson and the Concrete Promotions Team.

Make cool beats, see the world through my passion, and bring my family and friends along for the ride.

What suggestions do you have for other DJs like yourself?

Stay true to who I am, Why I do this. And most importantly, always keep my family first.

My amazing children for showing me my purpose in life, and allowing me to see the world through their eyes. My beautiful wife for always having my back, being my biggest fan, and giving me the nudge to get back into music. Most importantly God, for always making a way!