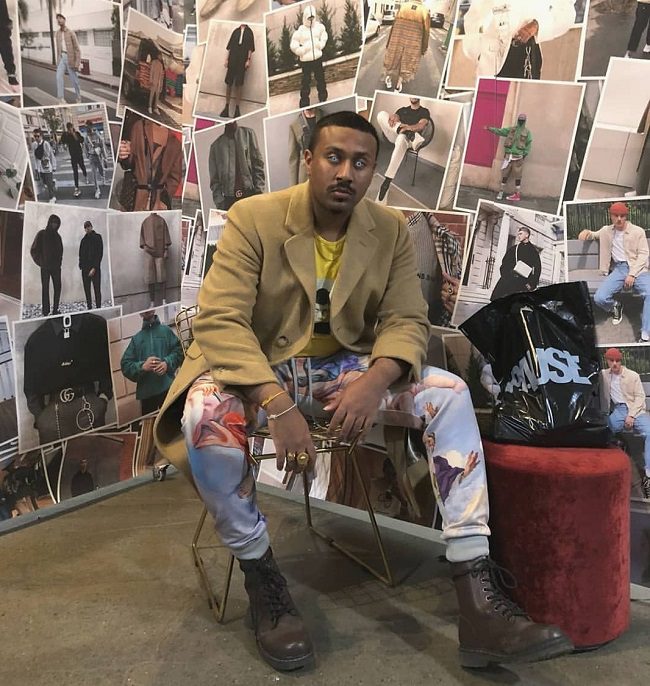 “Hertfordshire’s Prophecy delivers a fresh perspective on an oversaturated hip-hop scene, opening eyes and minds to a driving and unstoppable force.”

The artist has been described as a “monster with a microphone”, and has been channeling this energy towards being the very best he can be, emancipating him and his listeners from any stress, anxiety or depression they might have at bay. It’s equal parts aggressive and peaceful — this is music for the people.

His latest release ‘Feeling This’ has received critical praise from DJ Clinton Sparks (P Diddy’s touring DJ who is co-signed by Kanye West, Eminem, Usher, Rick Ross, and many others).

Growing up in a poor family among the riff-raff and picket fences of the middle-class, Prophecy’s always felt he’s been destined for greater things, much of which he was deprived of. With a tumultuous childhood that has, for better or worse, shaped him into who he is today, the hip-hop artist certainly has a lot to say.

Involved with music since about 2010, Prophecy initially used music as a therapeutic means of getting by. After being noticed by other artists in the industry for his freestyles, he moved onto ghostwriting for them and begin building a name for himself.

Following that, his debut single ‘Feeling This’ dropped in June 2019 and is now available across all major streaming and media platforms. It’s an excerpt from a bigger project that he’s working on entitled ‘Too Broke 4 Studio Time’, which thematically stems from his desire to help others. Stay tuned for further chapters as he unveils a captivating story of redemption, aimed at anyone who’s currently on the grind.

My love for the craft came through me not ‘having a voice’ growing up. Due to certain events that can not be discussed, my experiences growing up, set me a path down a very dark road. I began expressing my feelings through wordplay as a form of therapy, for myself. You see I was never credited for anything in my life.

No one ever said, ‘Wow you’re good at this’, or ‘You’re very gifted and talented in this’, all I ever got was, you’re not good enough, you need to do better. Until eventually, people started wondering, how I wrote and said, what I just said. This is when I fell in love with, expressing my feelings or in other words, rapping.

What made me realize I wanted to pursue a career in it is, well, life is about doing what you love, and making money from it. And s*** am I good at what I do. Why waste a talent I was blessed with.

Ain’t no one in this WORLD, about to say they have anything to do with me being me. You see I grew up listening to every genre you can think of. From rap to classical, to r&b, to rock, to pop, to everything. Even that old school stuff. I love it. But my style doesn’t come from anywhere but my soul, my heart and my energy.

If you ever catch me giving honor to anyone. It is my mum. She’s my protector, my treasure. And boy is she gangster.

The concept for my project, [Too broke 4 studio time] is simple. I, like a lot of people. Have very bad mental health. But the blessing I have is, I’m able to understand it, fight it and control it. Not it controls me. I always wanted to help as many people as I could. Become the person that I needed when growing up.

So I decided to start by helping artists and upcoming musicians first. By creating project-based off spending, as little money possible. Standard equipment, no professional producer or mixer, no fancy stuff. Just to stop the people being caught up in a bad place thinking, everything has to be done a certain way. Music is therapy for me, as it is to others. The key to mental health is expressing your emotions.

My greatest challenge was, when it all came down to a point of people, having to accept me for who I am. I’m far from your average guy. I’m different. And different is weird. People don’t like weird. But I had to figure it out. My greatest attribute is, when I’m in my zone, I’m in my mother fu**ing zone. You feel me.

Look, let me put it like this. I’m not a big, ego headed, di*k. I could say I’m the best, which I could be. But if I want to achieve great things. I need to believe I’m the best. So I do. But what makes you ‘the best’ is the question. Define best, in the music scene. You can’t. It’s either you are relevant, or you’re not. Whether you’re the best is just a matter of opinion.

Yh, shout out to my mum, for giving birth to such a G. I love you Mumma.

My only suggestion is to, keep your head down. Don’t let anyone know you’re next move. When you think you are ready, attack. And don’t stop. Always believe in yourself. Because if you don’t, no one will.