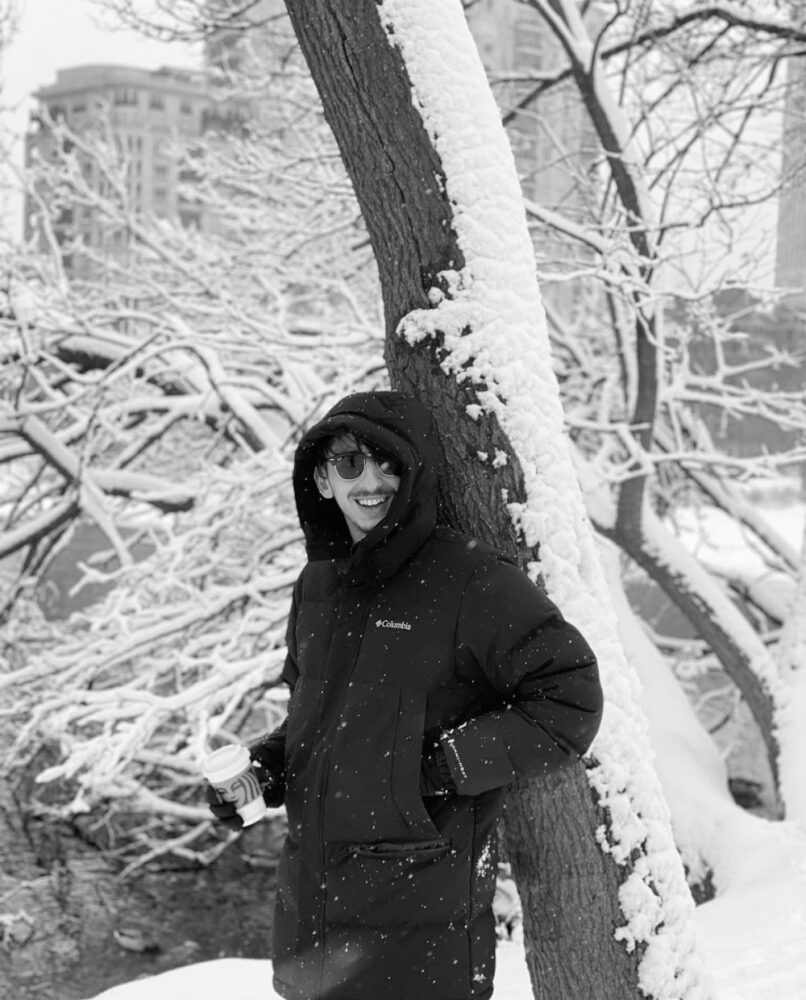 The way I came about my stage name is actually funny. I and my best friend were playing rockband at his house in 2015. We had to create a brand name for the game and at the time we were really into pop-punk so we kept brainstorming the most punk names we could think of. Eventually, Varsity Dropouts stuck. When I decided to release music under a stage name, I ended up dropping the S in the name and it has been my name ever since.

I first discovered my love for music at a very young age. It all started with influences like Elvis Presley, Johnny Cash, Tupac, Eminem, Michael Jackson, and Prince. As I got older, I taught myself how to play the guitar and took off running with it, writing songs to try to impress girls in elementary school.

However, it was not until my junior year of college when I decided to take my music more seriously and began putting more time into learning how to edit and master my music to take it to the next level. Growing up with a parent who came to America from Iran after the 1979 revolution, education was preached from a young age.

So getting a degree and going down the traditional route was never out of the question. But now, I’m currently graduated with a Bachelors Degree in Political Science and am at the crossroads of Law School or chasing my dream of being a musician.

I definitely have drawn a lot of influence from The 1975 and their polyglot approach to music. I’ve always found it awesome how each of their albums sounds different from another and the risks that they’re willing to take to put out good music.

Another huge influence on my sound and style would definitely be Childish Gambino. I first discovered his music when Culdasac has just been released. However, his most notable album Because the Internet is what had the biggest influence seeing the intricacies of Glover’s story-telling.

A Millennial Love Story: Kiss You Longer is by far one of my favorite EP’s in the series. The concept stems from dating as a millennial and a recent relationship I had.

A lot of my music is freestyled and consists of me just singing my emotions and the thoughts I’m having at that moment when I’m recording. I was really just trying to capture the raw emotion of love, heartbreak, and lust all at once while staying authentic to my feelings.

It is incredibly difficult to say that I’m the best at what I do because I’ve drawn so much inspiration from other artists and admire their work. I never thought people would actually listen to my music and was shocked to see how much love and support I’ve received over the past few months.

I definitely strive to be the best, however, I never want to be complacent. I’d say that I’m good at what I do but I’m not in the position to claim to be the best.

My plans in the near future are to find new ways to engage with my fans on a more personal level and build a community where everyone feels welcomed. I’m also working on more content for my Tik-Tok!

Fans can find me on Spotify, Apple Music, Youtube Music and basically anywhere you can stream music!

However, I love hearing from my fans so feel free to shoot me a DM on Instagram or Tik-Tok. My Instagram being @OfficialVarsityDropout and my Tik-Tok just being Varsity Dropout!

Not everyone will like your music or your sound and that’s okay. Ultimately, you should make music that you enjoy and receive gratification from doing what you love.

There will be moments where you’ll be sitting down trying to make a song and negative thoughts will creep up but don’t stop. Keep doing what you love, keep practicing, and make as much music as you want.

Not every song you make has to be a hit either. I literally made a song called Thicc Corgi’s the other night because I had a bad case of writers’ block! I believe in you!