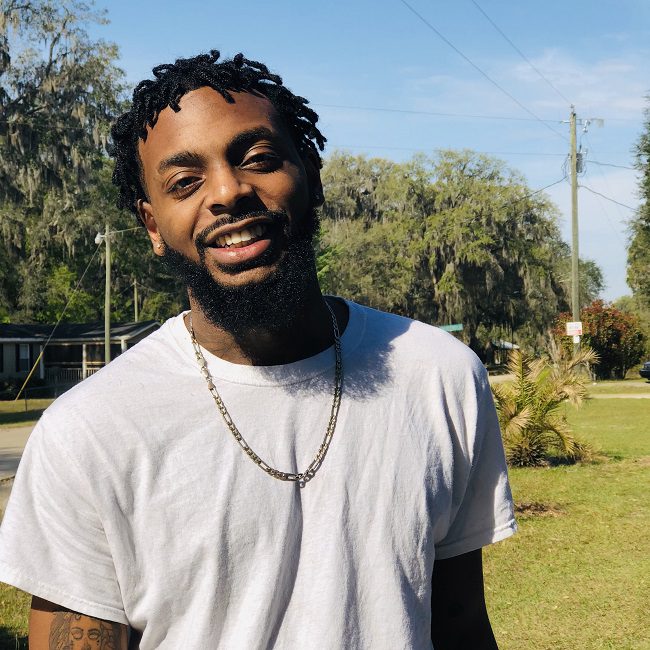 I started out using the name “Young P” then that eventually faded out as I got older. Years went by and I changed my name from that to “Different Vibes” which I eventually changed because of different artists having a similar name. Then I just thought to myself.

“What’s wrong with using my real name?” It makes the most sense. It’s genuine and authentic. So every since then I just used my real name as my artist name (Paris Ingram II)

I was 12 years old when I discovered I had a passion for being an artist and I just kept the drive going. I had an older cousin that would play beats over the phone and or come over to my house with a cd with beats on it and we would freestyle every day. We even freestyle over already made songs when we ran out of ideas for beats (chuckles)

Lil Wayne and Drake. 100 percent. Growing up everyone in my town wanted to be Wayne so that’s a given. Drake caught my attention when I have seen the “Replacement Girl” video on Nickelodeon with Trey Songz. After I seen the video and heard his style I instantly went and downloaded all of his music off of LimeWire I could find.

G.G.O.Y.S (Gotta Get It Or You Starve) is my motto so I just decided to name the whole project that because it’s a major component to my overall brand story. So I wanted to really establish that with my debut album. I’m releasing my first single titled “Wake Up To That Money” produced by 15 year UK producer Nikhil Raghavan in the near future.

The whole concept behind the single is to stay focused on your goals and one day they will all pay off. But you have to put the work in and it’s not going to be easy. No matter where you work, where you are from, how you live. Stay motivated and focused on where you want to be in life. It will all eventually come together and you’ll build your path to success

Right now I would say the greatest challenge is budgeting. Being 100 percent independent without any major label backing is tough for any artist and is always going to present itself as a tough challenge. It’s constant saving and staying in the house trying to save up to invest in yourself.

I would say my greatest attribute would be my dedication and motivation to keep going. No matter what’s been thrown at me or how many times I have done been down I know I’ll always get back up and try again until I achieve my goal

Ehh…… I wouldn’t say I’m the best because that’d be disrespectful to all the greats that came before me. But I will say that’s what I’m striving to be. The greatest artist who ever lived.

Obviously dropping “Wake Up To That Money”. That’s first and foremost. And shooting my very first music video to it. Releasing my debut album, focusing on building my name and my brand and trying to establish myself in this music industry and make a way for myself.

First and foremost my true fans and genuine supporters. That’s who I do everything for. Most definitely my big cousin Ardamian McPherson, Also known as Dank. He really opened up my eyes to who I am and what I can become and basically been laying the foundation down brick by brick.

And I would also like to thank Randolph Francis with Bass Gods Records. He just really gave me great insight into the music industry and basically helped me establish my whole label (Viology)

#1 Never give up. Those three words will always carry you far in life no matter who you are or what you want to do.

#2 remember the music industry is a business. So treat it as such and treat your brand/name as such.

#3 get educated. You don’t want to be an uneducated artist in the music industry because you will get taken advantage of and you could possibly miss out on a lot of money that you don’t even know that you’re entitled to.

#4 Build a solid team that has the same focus and drive as you. That way you can mainly focus on just making music and that’s the position that you want to ultimately be in.