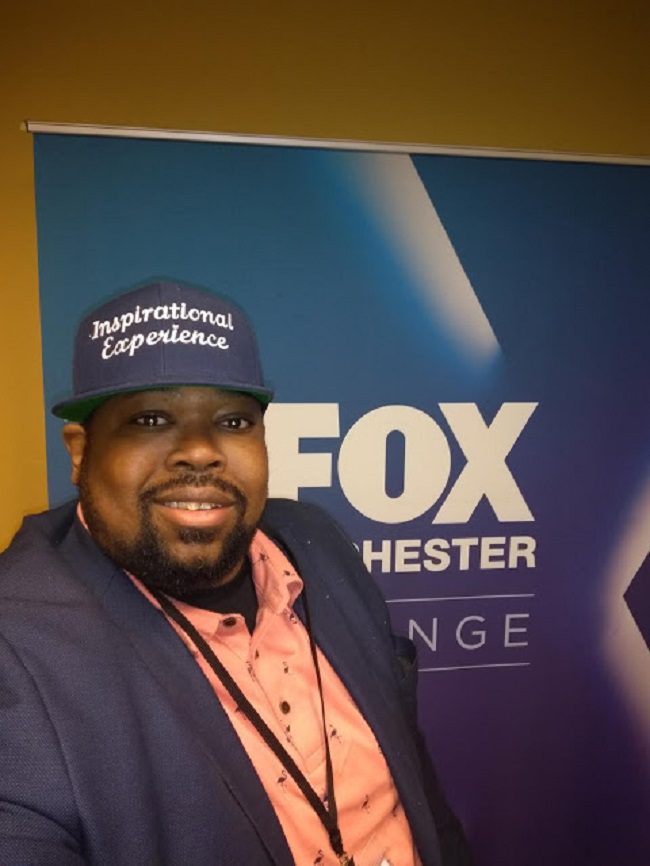 Comedian Rudolph Valentino, a native of Philadelphia, PA, began his career winning several comedy competitions at clubs throughout Philadelphia, since 2015.

Since then, he has been featured in shows up and down the East Coast, has been cast for several stage plays including Love, Lies, and Laughs, as well as hosted, featured, and headlined shows for internationally known comedians and actors including Talent Harris, A.J. Johnson, Joe Torry, and John Henton, also known as ‘Overton’ from Fox Network sitcom Living Single, just to name a few.

8am – Head to the Radio Station

9am to 10am – Host the Inspirational Experience Radio Show on WXIR 100.9FM

11pm Bed to start over tomorrow

What is your best memory of starting your career?

Meeting my mentor Matt Black. He was hosting a show I was performing on and I was supposed to do 5 minutes. He called me up and left the room didn’t come back until 15 minutes later and that was my 3rd time performing. Told me he needed to see if I was worthy enough to have him as my mentor.

What advice would you give to someone wanting to create and market a brand from scratch?

Just do it. Don’t talk about it to a bunch of people. Sit down think about how you want to do it and go for it. And invest in yourself. Don’t look for anyone to give you anything. Trust the vision God gave you and do whatever it takes to carry it out.

How can others reach out to you for film collaboration information?

The best way to reach me is through email valentinoexpfilms@gmail.com or go to my Facebook or Instagram page The Valentino Experience or reach out to my amazing Publicist.

What is next for your business?

The main focus right now is the live taping of my comedy special Ain’t No Laffin Matter on 3/29/20 and getting my short film ” Not Your Average Joe” in front of the right people so we can start shooting the series.

What’s your next marketing moves for your career?

I want to take Ain’t No Laffin Matter on tour and do as many interviews as possible so that the world knows all about The Valentino Experience because “What’s Life Without The Experience”.