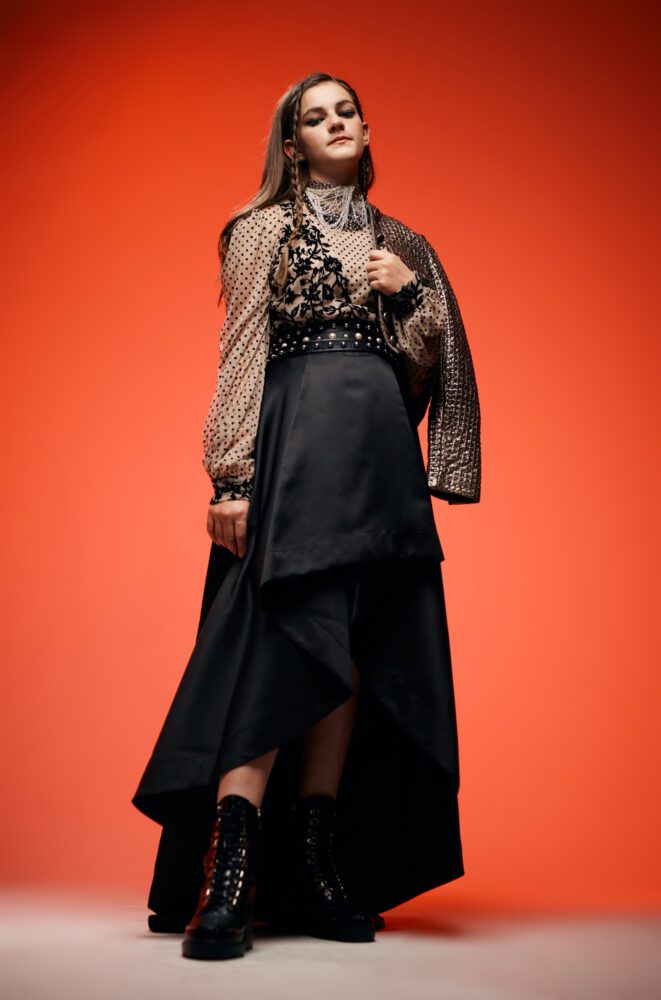 Only 14-years-old, Kjersti Long’s voice is what makes her a prodigy. Big, powerful, resonant, and nuanced, it’s not your usual teenager’s voice. It’s simultaneously mature, rich, expressive, and ranges from soft and silky to muscular and rasping.

Talking about the song, Kjersti says, “I personally know how hard anxiety and depression can be and I want others to be aware of the struggle people around them might have. I feel we can all, if aware, help lift their burdens and despair. I want to share my music with everyone as my way to help spread joy to others. I want everyone who sees the music video or listens to ‘Eleanor Rigby’ to know that they’re understood, appreciated, and loved.”

Her father shares, “The only way to dispel darkness is to normalize it. Talk about it. Eliminate the fear. She does this through her music… and through using her platform as an artist to talk about her experiences candidly in ways that others dealing with the same things will understand. She believes this is what she was sent to earth to do. To bring comfort and peace to those dealing with mental illness, anxiety, and depression through music and the spoken word.”

The video opens with Kjersti singing softly, while images of lonely people appear on the screen: a teenager, an old man, a tired health worker, a young woman seeking online attention. As the music builds, becoming a swirling tsunamic of sound, the tune hits with walloping emotional impact.

Muzique Magazine spoke with Kjersti Long to find out why she chose to cover this song, how she got started in music, and what her fans can look forward to.

Well, scientifically water, food, and rest. But that’s probably not what you meant. So, I’d say, my moral compass, my family (includes my pets), and books.

What motivated you to cover “Eleanor Rigby?”

The movie Yesterday actually. When I heard it in the movie, I thought it was so neat that I decided I wanted to cover it. It was the lyrics that really caught my ear. They’re very touching lyrics.

I want them to know they’re not alone, it may feel like it, it may look like it but there are other people who feel the same and who connect with you which definitely doesn’t make you alone at all.

My dad’s side of the family is very theater-based so I’ve been on stage ever since I was pretty little. My grandma and my dad though were the people who introduced me to rock and that’s when I really started to become passionate about my music.

Lindsey Stirling, Ann Wilson. They both have such strong qualities and they’re both really good at what they do.

Billie Eilish, she’s really getting far. It’s crazy! I enjoy most of her music and I hear her on the radio all the time.

You’re only 14 years old, yet your voice is so mature. How did you develop such a deluxe, expressive voice?

I honestly have zero idea. I was just born with it I guess and then lots of hard work and now here we are.  “Hard work beats talent if talent doesn’t work hard.” Quote my dad loves to recite.

To help touch other people. I want people to feel and express themselves when they hear my music. Also, it doesn’t hurt to just jam out to good music.

Looking ahead, what’s next?

I’ve been recording a lot of new music down in Nashville, so I’ve got music I am getting ready to share.