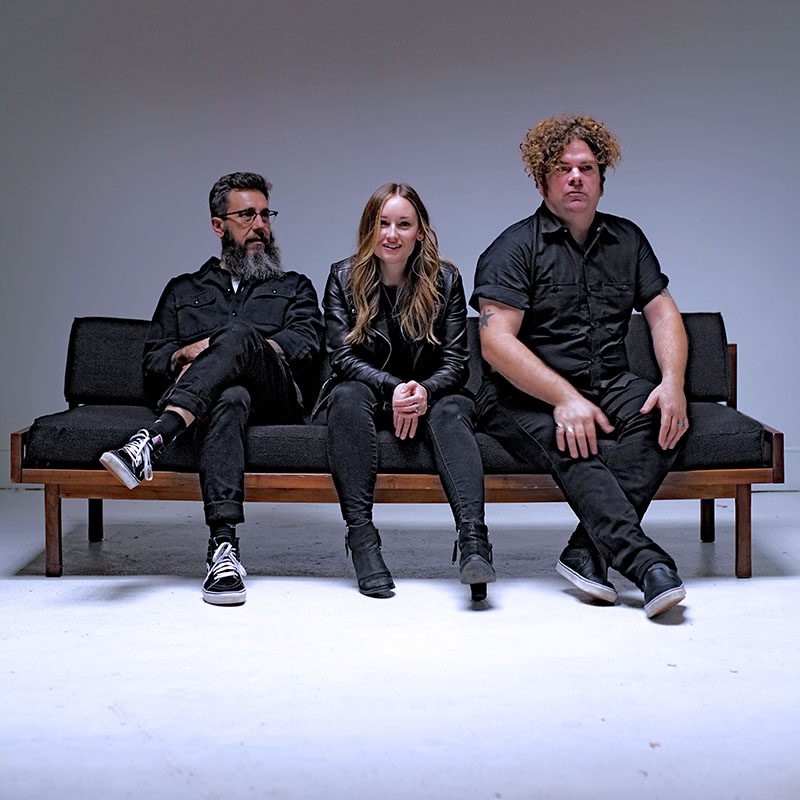 East Bay indie-rock outfit Greg Hoy & The Boys recently released an imaginative cover of ZZ Top’s “Sure Got Cold After the Rain Fell,” and are preparing to hit the road in May.

Talking about his decision to cover the song, Hoy says, : “Part of the reason this song spoke to me is the breakup of lots of things. I’ve advanced that to the idea of accepting loss and that everything isn’t permanent.”

Hoy’s career includes working in the tech industry, singer-songwriter, multi-instrumentalist, recording producer, and label owner. Greg Hoy & the Boys is not your typical band. Their line-up revolves, depending upon location, and their adventures are expansive. For example, while touring across the US in a ’73 Airstream last Autumn, the group filmed a documentary of their adventures and observations on retro-rock music for a web series called Limited Mileage.

The music video for “Sure Got Cold After the Rain Fell” depicts Hoy living out of his ’73 Airstream, haunted by memories of his ex-lover. The feel and mood of Hoy’s version of the song is enveloped by aching melancholy and longing.

Muzique Magazine spoke with Greg Hoy to discover more about the band, the way the song developed, and what he wants listeners to take away from his music.

Who is in Greg Hoy & The Boys and which instrument do they play?

A fun question, and often changing. The Northern CA Boys are Jason Slota or Dennis Galway on drums, with Nate Fink, Mark Nichoson, Brandon Essex, or Ian Miller on bass, and me. The recent US tour version is me plus David E. Richman (NYC) or Jungle Jim Chandler (Denver) on drums, and Vicky Warwick (LA) on bass. In Minneapolis, Steve Sutherland will often play drums, It’s Tom Emmerling, Paul Labrise, and Ray Vasko in and around Pittsburgh and the Midwest. There are also some friends in NYC for east coast gigs. I keep the band fluid so I can book shows and see who’s available. It also keeps things interesting both on stage and in the van!

What motivated you to cover ZZ Top’s “Sure Got Cold After The Rain Fell?”

We toured the ‘Cacophony’ LP in the fall of 2021 not long after ZZ Top bassist Dusty Hill passed away. Many sound people at clubs were digging back through ZZ Top’s first albums. We particularly enjoyed the folks we met at Westport Saloon in Kansas City, MO (now closed I believe). They were playing ZZ’s first few records between the soundcheck and gig. “Sure Got Cold” is just a gem. It’s an outsider, slower track for ZZ Top – kind of like “Hot, Blue, & Righteous” or “Have You Heard?” And it’s lyrically very mature considering Billy Gibbons was probably, what, 23 or so when he wrote it?

My personal life experienced a lot of loss at the end of last year. I lost my father to age (90) and one of my best friends and bandmates passed away with cancer. There is also a larger feeling of loss in the world right now: systems, trust, control of our planet’s health. The ZZ Top song became a tribute to all these things. Jason and Ian – the rhythm section on the track and in the video – were on board to track it. My dear friend Lara Hope remotely did her background vocals in upstate NY, and it was the icing on the cake.

Talk us through your mindset approaching the song?

Jason and Ian first nailed the drums and bass. Then it was up to me to bring it on home. My home studio is well-equipped, and I knew I wanted that classic hard stereo chorus guitar sound that Billy Gibbons basically invented in the ‘70s. I set up two 5-watt tube amps in different corners of the studio and mic’d them up. The real problem is I could not get the rhythm guitar track to sound great! You realize how much of the power comes from the fingers of the player, so to speak. After a week of failed takes, I went to our 1922 Steinway and worked out the rhythm part that’s on the recording. Then the guitars fell into place, and I even got some of that classic stereo chorus guitar sound on the track during the solo part.

The storyboarding was done by me. Then my pal Will Toft operated the camera and added a lot of creative ideas. We shot the video at and around my house (and Airstream) up in the hills of the East Bay here in California, as we call our area. The road is mostly private, and during the pandemic lockdowns, it became my family’s little haven for fresh air and dog walks. I’m glad it’s captured forever on video.

What do you want people to take away from your music?

Great question! Music has always been so many things to me. It was therapy before I knew about therapy, and it’s a window into other people’s stories and lives. A magical moment happens the first time you hear, say, The Beatles sing about a glass onion, or Public Enemy talk about Arizona, or Amy Winehouse going to rehab. It’s a feeling that we’re all in this boat together. Music is also an escape, a familiar friend, an agnostic passenger to help get through this thing called life. Being a songwriter is helping continue that tradition. And it helps ya dance.

With everything that happened during the pandemic, was your creativity affected?

My lean-in on the pandemania became planned, sometimes forced creativity — literally! I had a goal to make something every day. Some days it was a cover song video for a Facebook group I’d joined. Some days it was writing songs. Some days it was recipes. The ‘Cacophony’ LP was recorded in June 2020 smack dab in the middle of it all. A well-appointed, large recording studio is actually a great place to socially distance (I highly recommend Tiny Telephone in Oakland, CA).

How did you first get into music? What sparked the interest?

Music enveloped my home environment growing up. My mom belonged to mail clubs that would send LP records every month. As the youngest child, my siblings had extensive vinyl record collections. We’d go from The Beatles to Led Zeppelin, Etta James to Johnny Mathis, the ‘Saturday Night Fever’ soundtrack… all things melodic, and rhythmic. My dad loved John Philip Sousa’s marches and would put them on loudly Sunday mornings to wake everybody up! My older siblings played instruments in the marching band. Somewhere, there’s a picture of a 2-year-old me in a drum major outfit. I was vaccinated by a phonograph needle one summer break, as David Lee Roth once sang. It made me realize how music brings us all together.

So much great new music out right now, and you should definitely listen to new things! The Jo Jo Man band out of England puts out awesome songs. Anything Jim James and My Morning Jacket gets added to our LP collection. The Bye Bye Blackbirds out of Oakland, CA, make incredible records. Röyksopp keeps threatening to retire however their new singles are incredible, especially the one with Alison Goldfrapp. Anything my friend and fellow Boys’ bass player Ian Miller does is worth your ear time — of late, Interesting Times Gang and STRANGELIGHT. Gaspard Augé ‘Escapades’ has been on constant rotation. Nikki Lane! Caley Rose, Lindsay Dragan, Jackson+Sellers… more great new music than hours in the day, really.

Who would you say inspires you?

Inspiration is everywhere. We just got a new bird feeder and this larger blue-headed one just keeps getting fatter on it. Good for you, Blue.

What can your fans expect in the next six months? New music? Live gigs?

Last week, I bum-rushed four Neil Young covers to Spotify called ‘Old Man and The Cinnamon Girl.’ There’s a 10th-anniversary remix and remaster of the album ‘Hair of the Mouth’ coming out in March along with a new video. Then there are 15 or so songs in various states of completion for some EPs for the rest of the year. We’re touring California in May as a 5 piece which I’m excited about. It will be the first tour I’ve ever done where I’m just going to sing and not play guitar. I’d better get to work on my splits and cartwheels.

Continue Reading
You may also like...
Related Topics:blues rock, Greg Hoy & The Boys, indie-rock, interview, Sure Got Cold After the Rain Fell