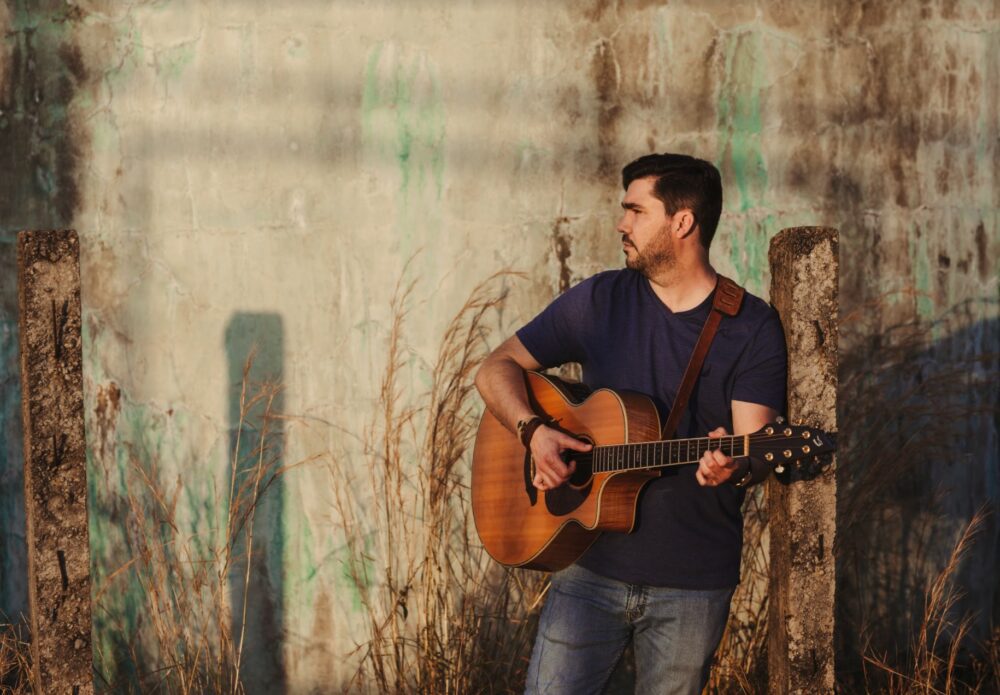 Singer-songwriter T.A. Parker released his debut single/music video, “Endless,” a while back, a song about not being able to live in the present because of preoccupation with the past and the future.

Remarkably, in one dimension – the real or secular region – T.A. is a doctor. In another dimension, he’s a singer-songwriter of acoustic rock flavored with heady savors of the ‘90s.

The video, directed by Rafa Garcia, begins with a young boy flipping an hourglass over. He then sits nearby, watching the sands of time pass. Shifting perspective, the visuals depict T.A. Parker and his band playing in a small shed illuminated by shafts of sunlight trickling through small gaps.

In the background, a large clock sits on the wall, while a young boy bounces a basketball, watched by his mature self, holding a cane. The two versions of the same person interact yet never communicate as if too far removed to relate – highlighting the inexorable passage of time.

The lyrics of “Endless” mirror the irreconcilable changes wrought by time:

Muzique Magazine spoke with T.A. Parker to find out more about the person behind the music, how he got started in music, what he hopes listeners gain from his music, and why he makes music.

I started playing guitar when I was 15 years old. My father was a good piano and accordion player, so music was always present growing up. Initially, I started with an “easy guitar” book, that taught you how to play chords to the Beatles’ greatest hits. So, the first song I learned was “Let it be.”

As we went into a hiatus of time and place during the 2020 pandemic, I was struggling to focus on the eternal present. Many thoughts of what had been and what could be continued to invade my mind. Sometimes, it is impossible to focus only on the present, and that is what “Endless” is about.

The video was recorded in a small shed in Loveland, OH. The private house of the producer had this perfect, rustic, and small place that we thought would serve the song well. The director is Rafa Garcia, a videographer and musician from El Salvador that currently lives in Las Vegas.

I like music that catches your attention at first, something that allows you to connect to the feeling of the song, in this case, some conflict. And I would also like them to dig deeper into the song, to see what kind of meaning “Endless” has on them.

I grew up listening to ‘90s rock bands. From Oasis to Incubus, this is what initially comes to the surface. I also feel heavily influenced by ‘70s – current singer-songwriters like Tom Petty, Cat Stevens, Taylor Goldsmith.

I love some current artists in the music scene. Lake Street Dive and Dawes are two of my favorites.

I feel like it is currently rebuilding. I believe the pandemic gave the chance to all bands to create and record, I expect that as the restrictions are lifted, many local bands will show us what they have been working on!

Initially to express some things in me that do not come out unless I sit down with pen and paper. Even when it is not a story that pertains to me, music allows me to transcribe those feelings and project them into a tune. After that, maybe someone will connect with those feelings.

Looking to the future, what’s next for T.A. Parker?

We are preparing for an avenue to start playing live again. Likely a couple of shows to present the new material. I’m also looking forward to working on a Spanish album and keep writing and collaborating with other artists.