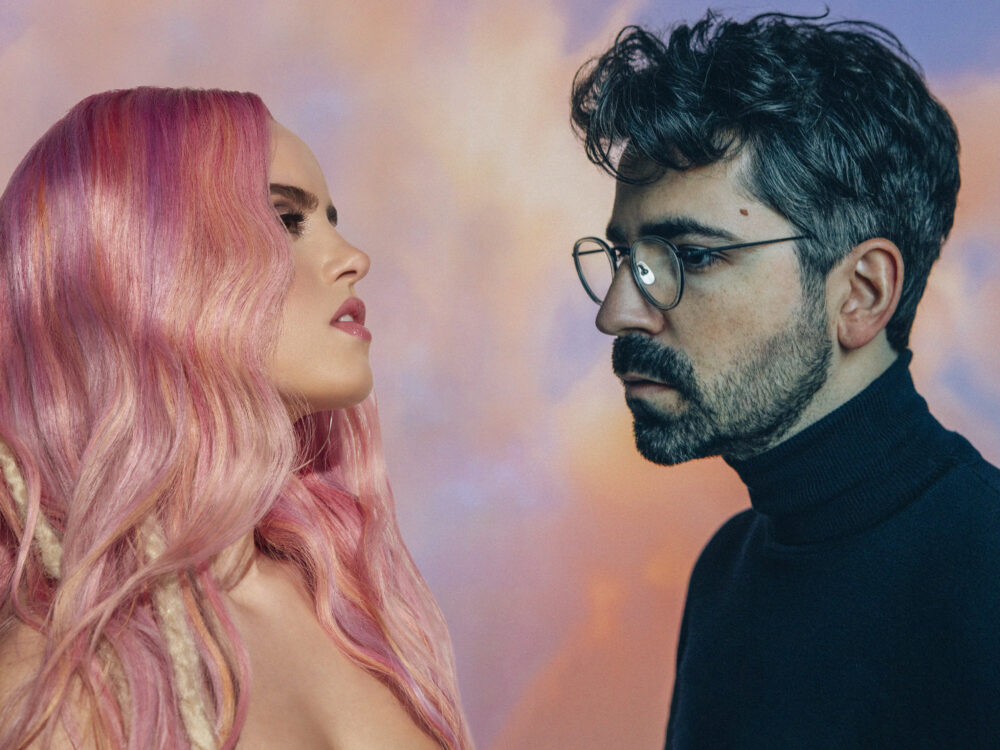 “Happy Hour” is Felix’s first single of the new year and Kiiara’s first new release since last year’s album, Lil Kiiwi. Written while Felix was in Norway, the song came together when they juxtaposed the lustrous harmonic textures of “Happy Hour” with dark lyrics, thus highlighting the alternative flair of the pair.

DJ and EDM producer Felix Cartal, aka Taelor Deitcher, broke through with the release of his EP, Skeleton, on Dim Mak Records. Since then, he’s dropped three LPs, including Popular Music, Different Faces, and Next Season. He’s shared the stage with Wolfgang Gartner, MSTRKRFT, and Bloody Beetroots, along with being named to Billboard’s list of “13 Dance Artists Who Dominated 2017.”

His singles “Get What You Give” and “Love Me” went platinum, while “Love Me” took home Juno’s 2020 Dance Recording of the Year award. He’s officially remixed Rihanna, Selena Gomez, Galantis, ZEDD, Dillon Francis, ALMA, Wafia, Illenium, Anne-Marie, Doja Cat, Cash Cash, and many others.

On her part, Kiiara has collected more than 2 billion streams. Signed to Atlantic Records in 2015, she released “Gold,” which took over the 13th spot on Billboard’s Hot 100 Chart, along with working with Linkin Park on “Heavy.”

Her debut studio album, Lil Kiiwi, scored massive streaming numbers and was one of 2020’s most-streamed albums. Kiiara’s latest collaboration was with Blackbear on “So Sick.”