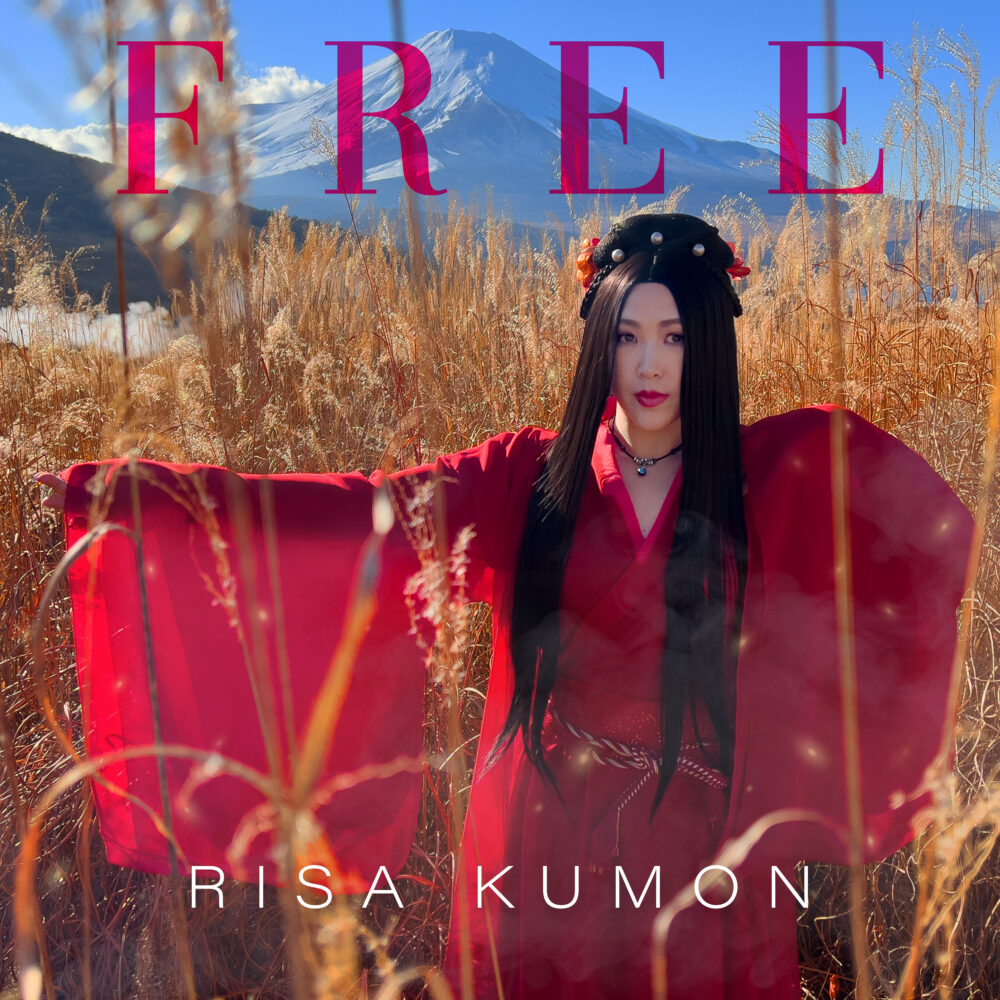 Risa Kumon is originally from Sasebo, Nagasaki, but now resides in Tokyo, Japan. She sings a variety of genres but mainly specializes in R&b, Jazz, and Soul. At the age of 3, She learned how to play the piano after she lost her eyesight due to being infected with measles. Luckily enough, she recovered her visual acuity. However, she had an intractable disease called secondary Retinitis Pigmentosa as sequelae. She says learning to play the piano sparked her love for music.

As a teenager, Risa became drawn to R&B after watching “Sister Act 2”. She found early inspiration in Lauryn Hill, Mariah Carey, and Whitney Houston, as well as the Jazz music that her father would play. Her previous projects include a Jazz EP, a project of Christmas covers, collaboration on multiple tracks, and an album with Artist/Producer Roro.

Besides being a singer-songwriter, Risa is a notable media name as a multilingual Radio personality who interviews celebrities and other entertainers on their visits to Japan. She has previously interviewed Kirk Franklin, Corinne Bailey Rae, Brian McKnight, and many more. Having also performed at some of the largest music festivals in Japan and charting multiple times in her career already, there is no telling how fast Risa Kumon will continue to rise.

My stage name is my real name. I decided to go with my real name because I feel it fits me the best. I’m always me, as an artist, on stage, and as a songwriter. With music and anything I do, I want to give all of me, truthfully and unapologetically- So making my real name my stage/brand name does that.

I’ve always loved music since a child. Music brings me joy and I was always around it. I learned to play the piano at 3, but I think even before then, I was always meant to walk this path with music. It’s just always naturally been with me.

I get my sense of style from myself, but I think I can accredit it to the many different styles and genres I grew up listening to. I grew up in Japan, and at that time you mostly would only hear Japanese music, but my father would always play different styles of music from around the world in the house.

I think that made me gravitate to different styles and genres. I feel I have been influenced by artists like Sarah Vaughan, Aretha Franklin, Whitney Houston, Sade, Joe Hasahi and the list goes on. I started in classical music, but as the years went by, I leaned toward jazz, gospel, R&B, and soul music.

On the current project FREE- I wanted to do this song FREE because I feel it not only connected with me but with the world. When I recorded this song, the whole world just started going through the pandemic, and music was one thing that I could turn to feel free.

The song’s message has always resonated deeply with me, and I felt it was the right time to bring these moving lyrics to a new age and audience in Japan, and around the world. I believe in the circle of life and letting go of things that do not serve us. I hope to urge listeners to seek beauty in everything and plant the seeds for a fruitful future. Ultimately, the concept and song’s message preaches one thing: FREEDOM.

One of my greatest challenges would be selecting the right team each time to bring my visions to fruition. I have so many songs, but I’m a perfectionist so many songs don’t get heard until I’m 100 percent satisfied with them. Recently I’ve worked with 6 different top mixing and mastering engineer just for one song.

Some might call it crazy, or too picky but I prefer quality over quantity. I like this quote – “I rather have 4 quarters than 100 pennies”. I think that would describe my feelings towards my music. I rather have 4 amazing songs out instead of 100 songs that aren’t songs I’m satisfied with. The challenge with all that is living in a time where people consume music so quickly.

For example, an album can come out today, people will enjoy it, then next week the people will want something new. I think my greatest attribute in all of this is to keep going and persevere until I get the sound and feel I want in a song.

I think I’m the best at what I do because I mainly do me, and I’m the best at that. I don’t try to compete with others, I just try to be the best version of myself every day. I feel There’s a lane for everyone on the road to success, You just have to find your route or create it.

My plans for the near future are to continue to do music and live in the now. Tomorrow isn’t promised, so while I’m here I’d like to sing to as many people as I can. I think music is healing, its love, and freedom and I’d like to continue to inspire people & share that with the world.

I’d like to thank my family for always supporting me on this journey, and I’d like to shout out to my producer and partner Rolandis “Roro” Ramsey for always pushing me to not only be a better artist but person. I also would like to thank everyone who has listened to and supported my music.

Being an artist and putting yourself out there isn’t easy; it takes courage and perseverance, but the support makes me feel that anything is possible.

You can stay up to date with me by visiting my website at https://risakumon.com. I post mostly on Instagram (@Risakumon), but I’m also on most social media apps. You can find links to them all on my website.

My new single “FREE” is out now. Check it out, and if you like it please share it with your friends and family. It would be amazing if my music could brighten up your day.