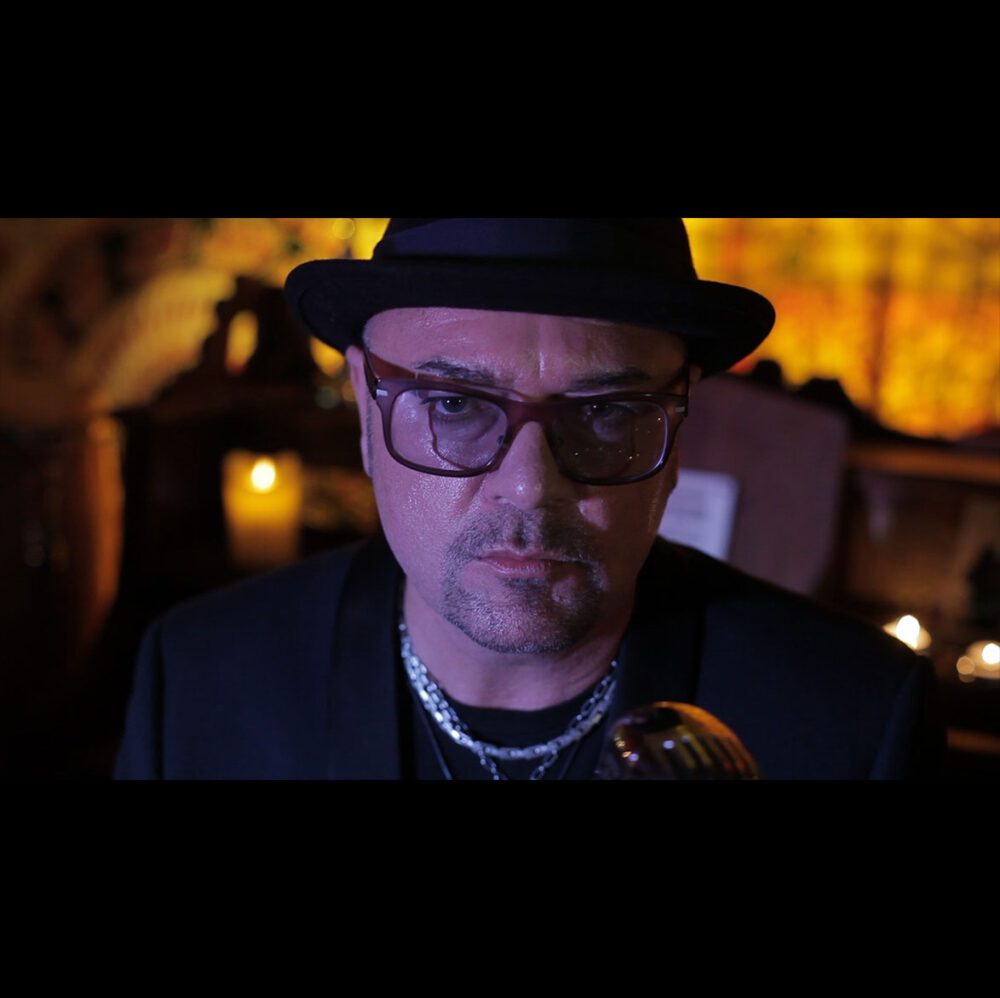 The former frontman and songwriter for Atlantic recording artist Boy on a Dolphin already has legions of fans waiting on his new musical creations. And “LA LA LA (Bulletproof)” is just what the doctor ordered to mitigate the isolation and never-ending dreariness of quarantine.

Installed in the city of Sheffield, in the heart of Yorkshire, John Reilly is part and parcel of his city, using it as inspiration, including his musical and literary tribute to England’s steelworkers.

Written by Reilly and Canadian Lewis Nitikman, “LA LA LA (Bulletproof)” acclaims the technological wizardry of the phone, enabling people to connect over vast distances, regardless of circumstances.

The video, directed by cinematic maestro Rob Fitzgerald, amalgamates upbeat music with clips from vintage sci-fi movies, injecting the images with exhilarating energy. Along with concert footage of John performing on stage, the video demonstrates the marvelous capability of audio-visuals to surpass the prevalent status quo.

Muzique Magazine spoke with John Reilly to discover more about his writing process, how the pandemic has affected him, and the inspiration for “LA LA LA (Bulletproof).”

I grew up in Liverpool which was a hotbed of music and with the Beatles’ legacy fueling my hungry heart I was surrounded by an eclectic whirlwind of Motown, Rock, Glam Rock, cool West Coast singer-songwriters in a golden age for radio and accessible live music. My first live gig was Mott The Hoople but by a quirk of fate, the first band I ever saw was their support band who were a band called QUEEN! I became lost in the imagery painted by the words of Bernie Taupin and Joni Mitchell, so words became as important as the music to me at a very early age. After a baptism of fire with my first band ‘Force,’ a Bowie/Free/Sweet/Zep cover band, I stopped singing and concentrated on the written word until I moved to the Steel City of Sheffield where I joined a band called Ministers of Inspiration who built up a mainly female following and once I decided to leave and take my songwriting seriously I formed Boy on a Dolphin and developed a unique world beat sound and eventually signed to Atlantic Records and moved to Canada and worked out of Vancouver. I was up and running.

Blown away by the Bruno Mars collaboration with Silk Sonic and their song “Leave the Door Open.” I am constantly drawn back to the rawness of early Steve Earle.

Which artists had the most influence on your sound?

How did you hook up with Lewis Nitikman?

A publishing company sent me on a dream gig writing with 7 different songwriters in the US and Canada, and Lewis by chance was the first. We wrote 3 songs in his Vancouver studio and who would have known that 20 years later we would still be writing together with him moving permanently to Sheffield where I live, and we now have a writing studio together.

This has been the toughest year for musicians, and we have had to face adversity and become even more creative. As the audience couldn’t come to us, Lewis and I filmed concerts, sold tickets, and beamed the gig into people’s living rooms. “All we need is a telephone, satellite beaming me to your home” as my words say.

Fun, escapism, and hopefully the song nestling in their brain.

Because there is something inside that needs to come out or I would explode. I don’t talk much but writing and singing are waterfalls from my heart and soul.

When I write a song alone, I play chords and work on a melody. Sometimes, I have a working title that takes me on a journey. When I write with Lewis, when we have agreed on a rough arrangement and melody, I have to work totally alone on the lyrics. Sometimes Lewis comes to me with music and melody and I go away and write. I have tried writing lyrics and giving them to him like Elton and Bernie work but that doesn’t seem to work for us.

I really struggled mentally throughout the first 6 months with anxiety and an overwhelming sadness but with help, I have come out the other side and we have written some really strong new material. We cannot perform to an audience until the end of May and that is still with restricted numbers. I can’t believe how long this has lasted.

Looking ahead, what’s next for John Reilly?

Live gigs to human beings. Performing brand new songs and really embracing what to some extent I have taken for granted in the past. The power and intimacy of live music.