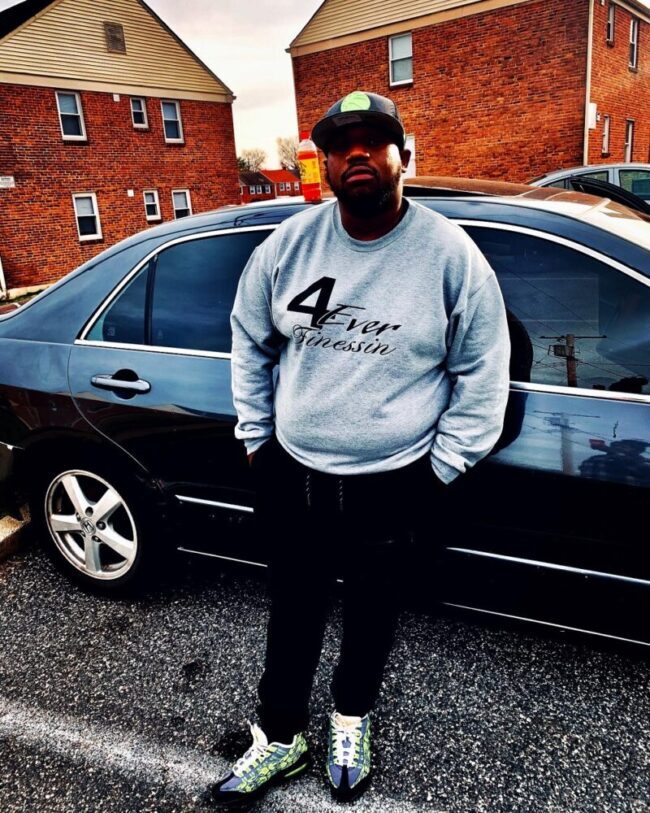 I came by Tay finess cause of my brother jay finess it just kinda fit and stuck. forever finessin was started cause we always had a way around hard times through finessin so bro was like I’m forever finessin and it just took off from there. some people finesse their way to the top and fall off completely but when you forever finessin you can take a fall and know you going to bounce back because the grind just doesn’t stop, it’s an everlasting ambition to be a finesser, someway somehow you going fix what’s broken by any means. Forever finessin is a culture you be finessin on the regular and don’t even know it.

I always had a passion for music growing up listening to artists like Michael Jackson, Lauryn Hill, Whitney Houston, Usher, Marvin Gaye, Luther Vandross, and countless other legends. Then I grew up listening to artists like DMX, Dipset, the lox, Jadakiss, Eminem, Wayne, Biggie, and PAC. I actually started off battle rapping in middle school putting jokes in rhymes causing fights.it’s kinda crazy because I was doing some time and in there ain’t really too much to do but learn the law, read and write, so I always writing constantly and some days the jail might go on lockdown so we use to rap songs on the tier how u even had people who knew how to sing.

It’s a lot of talent in there but I use to write songs and rap them and I always got very good feedback so I was like bet when I get out I’m going to go hard with it but unfortunately, life at that time had different plans for me. Eventually, I linked back up with my right-hand man forever finessin was already started in 2013 I had caught a case around that time so he held it down until I came home he was already doing music and shooting videos and had the clothing brand forever finessin, so it was already built and structured and once I came home we sat down and talked it was over after that we added new businesses to our family and became CEOs.

I would have to say nobody and I say that because every legend became a legend by inquiring their own style and technique into the music and craft. You always want to set yourself apart from the rest create your own lane and style. I’m telling my story I’m giving people a glimpse into my life so I must have my own style when I’m approaching my music

So right now as a team we are working on a 5 series mixtape called finess brothers and it’s going to be in chapters the first one is called finess brothers chapter one finess shit only and the concept just hit us one day while we were in the studio and that’s how it always happens we could be there in the car, wherever and something just pops up we discuss it and run with it. I’m also working on my first album called THE BEGINNING I came up with that because I’m taking the people from the start of things how they begin with me also it’s the beginning of my career so I want to take my dj son on this journey from the beginning.

Some of the words not coming out how u what them to or it’s not sounding the way u want it to cause you to take words and putting some swag on them. Usually, when I’m in the studio I knock out whatever I’m working on at the time of the first go-round so it can be frustrating when it doesn’t come out the way you what but eventually we get it all worked out in the end. My greatest attribute would be my passion and dedication to my music. I’m telling my story my experience, my life, the things I’ve seen, etc. I’m always working on new music and I’m just motivated.

In my opinion yes I’m in my own lane and doing my own thing. Every legend became a legend by putting time and work into the music and craft and in order to be a legend, you have to think like one.

Allah for giving life allowing me to wake up giving me this voice to feed the streets, I want to thank my mother for being here and always accepting me for being me, my kids for giving me the strength and being my daily motivation, my team because without them this ain’t even possible, my producers, my circle they all know who they are, and my fans the real supporters the ones who been rocking with me since day 1 thank y’all and I appreciate y’all and I’m going keep giving y’all this music.

And I’m on all another platforms you can look me up by my stage name.