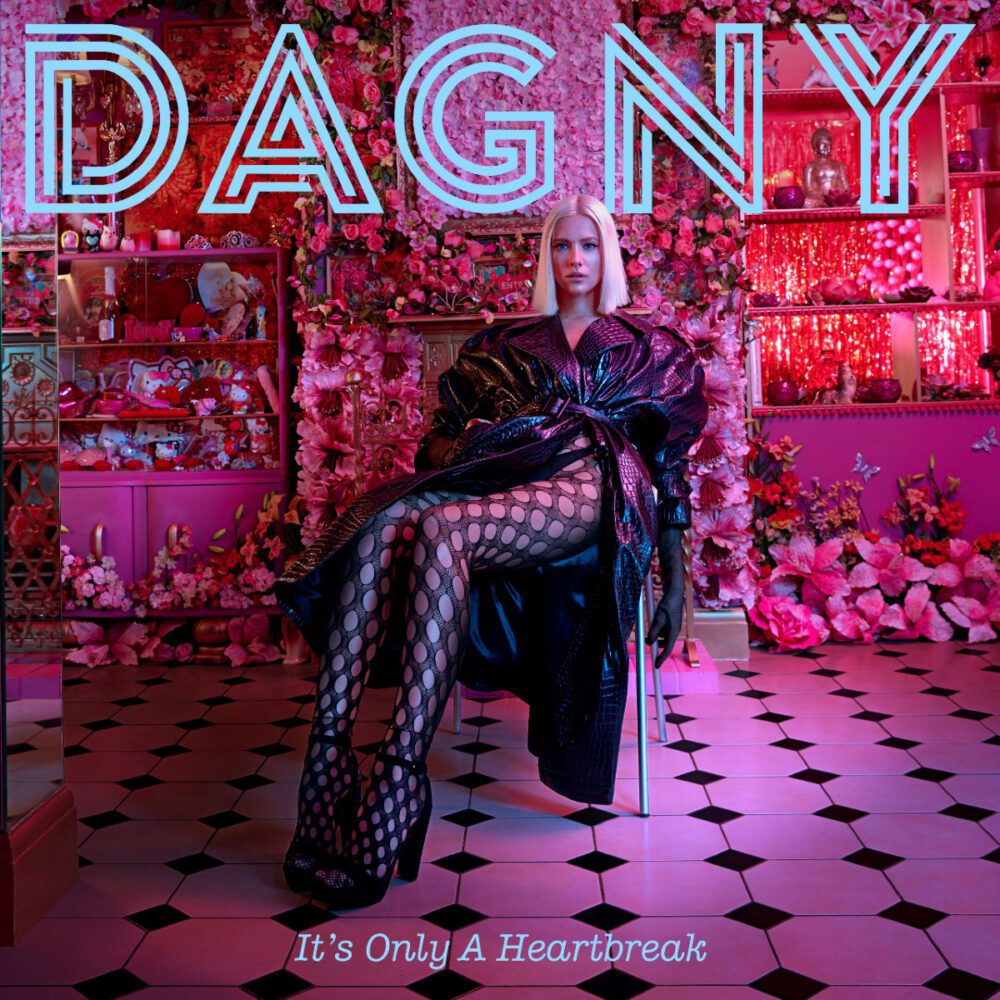 Norwegian electro-pop sensation Dagny introduced the music video for “It’s Only A Heartbreak,” a song from her forthcoming debut album, Strangers / Lovers, slated to drop October 2 via Little Dagger Records, under an exclusive license agreement with Universal Music AS in a joint venture with Polydor DE.

Strangers / Lovers narrates two definite parts of a relationship: the first half recounts the thrill and excitement of burgeoning new love, while the second half explores the dissolution and ensuing heartache of the liaison.

“It’s Only A Heartbreak” details the lingering emotional connection, haunting her thoughts, mood, and feelings, like the vestiges of a dream.

Explaining the song, Dagny shares, “‘It’s Only A Heartbreak’ is actually partly inspired by the classic movie Casablanca from 1942, and Humphrey Bogart’s famous quote: ‘Here’s looking at you, kid.’ Like the movie, the song is about knowing that you will never get someone back, but you can secretly still look at, and admire that certain someone. The song carries a nonchalant expression, but the undertone makes it pretty obvious that you’re not over that person yet.”

Dagny, aka Dagny Norvoll Sandvik, grew up in Tromsø, Norway, followed by moving to London. She made big waves with the release of her single, “Backbeat,” in 2015, collecting more than 40 million streams, along with vast praise from top-flight media outlets.

Since then, she released a series of wildly popular singles, as well as her Ultraviolet EP. In 2018, she teamed up with SEEB on “Drink About,” amassing 200 million streams, followed by nominations for Songwriter of the Year and Song of the Year from the Spellemannprisen Awards, Norway’s version of the Grammy Awards.

Co-writing Katy Perry’s “Never Really Over” confirmed her dazzling ability as a songwriter, racking up 300 million streams on Spotify.

The video for “It’s Only A Heartbreak,” directed by Bjørg & Doris, depicts Dagny initially attempting to dowse her pain in alcohol at a deserted bar. Two friends enter and drag her away from her sorrow, preventing her from calling her ex-lover. As the visuals proceed, Dagny and friends immerse themselves in stylish dance moves, dispersing her heartache in physical motion.

Dagny’s lightly alluring voice infuses the lyrics with an informal, intimate articulation of her emotional turbulence in the aftermath of the relationship.

“But some days I just want to hold you, I miss all the jokes that made me smile / And baby when I see you / I’m glad no one reads my mind / Here’s looking at you right now / That’s all I can do right now, aaaah…”