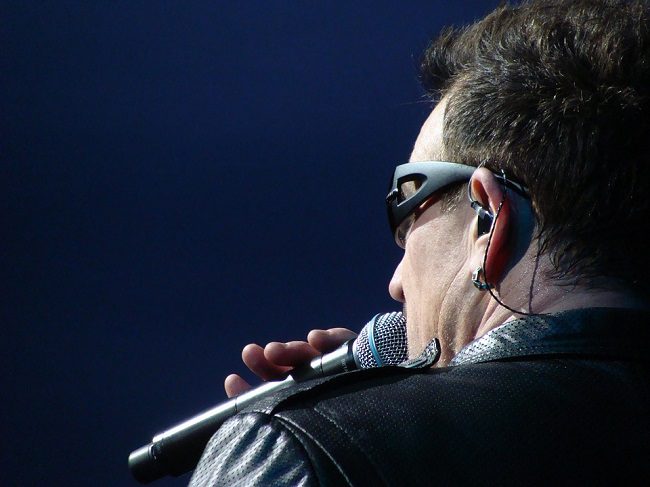 With the music industry continually evolving, it’s easy for even the most beloved artists to fade into obscurity. In short, fame is fickle. But all these means is that in order for musicians of yesteryear to remain relevant, they have to get creative. It can be interesting to see how specifically they pull it off, so with that in mind here are six classic groups and artists (essentially from the ’80s) who have done what it takes to stay in the spotlight.

Jon Bon Jovi may be best known for his feathered hair and songwriting abilities, but he’s also made a name for himself in the food and wine industry. The Bon Jovi frontman has a chain restaurant, JBJ Soul Kitchen, with locations throughout the Jersey Shore area. Patrons can pay for their meals either through donations or by volunteering. Meanwhile, The “Living on a Prayer” singer also recently launched a wine brand called “Hampton Water,” alongside his son Jesse Bongiovi. The brand’s rosé is available to be purchased online and at Umami Burgers, nationwide.

Jon and Jesse also co-created a burger for the restaurant. “The Hampton Burger,” which had a limited release, came with green chili vinaigrette, a pickled beet slice, American cheese, feta crumble, and roasted tomatoes. It was yet another tasty collaboration – but also, somewhat subtly, a way to keep a steady stream of patrons conscious of the Bon Jovi name.

Guns N’ Roses has done plenty to retain and even enhance its popularity in recent years. But in some respects, it started with the group’s decision to harness the power of gambling in search of a fresh audience. Fans were thrilled when the band announced it would be launching an extensive tour back in 2016. Prior to the massive comeback, however, the band approved a digital slot game, which remains very popular on some of the top slot sites available to Americans, as well as on international platforms. The game has a rocking soundtrack, consisting of several of the band’s greatest hits. And while it’s now something of an afterthought compared to the actual GNR comeback, it was a rather ingenious way to put the group and its hits back on the radar of what may well have been millions of gamers.

Tommy Lee of Mötley Crüe tied the knot with former Vine star Brittany Furlan in February 2019. Furlan, who has over 2.6 million followers on Instagram, is naturally popular amongst millennials – not exactly the typical Mötley Crüe audience. As a result, ever since the couple’s Valentine’s Day nuptials, the drummer has become relevant yet again. He was recently a guest on his wife’s hit podcast Worst First, and a recent picture of the pair of them Furlan posted to Instagram has racked up more than 186,000 likes.

Granted, this doesn’t seem like an intentional ploy by Lee to regain popularity. But if we look at it all in a general sense, it does go to show that a classic artist associating with someone more relevant to a modern audience probably isn’t going to hurt his image!

In 2014, U2 systemically uploaded its album Songs Of Innocence on Apple devices. While the band faced fairly widespread backlash for this stunt, it did get people talking. Even Tyler The Creator chimed in on the matter: “F*** Bono. I didn’t ask for you, I’m mad,” said the rapper. While those were harsh words that seemed to represent what a lot of people wanted to say, as the saying goes, all publicity is good publicity. It was 2014, and half the world was talking about U2.

For more than ten years, Bret Michaels has been making a name for himself all over again on reality TV. The Poison singer first starred in his own hit reality series Rock of Love on VH1; he went on to participate in The Celebrity Apprentice in both 2010 and 2013. Recently, the rocker even played himself in the ludicrous action b-movie, Sharknado 5: Global Swarming. There may be a lesson in all of this, that if an artist past his prime musically wants to stay in the public eye, he need only embrace his celebrity and not take himself too seriously!

The journey has remained popular thanks in large part to soundtracks and in particular HBO’s The Sopranos and Fox’s Glee. While these shows are completely different, their utilization of the beloved “Don’t Stop Believin’” made for iconic moments. In the series finale of the hit HBO show, the song plays before the screen fades to black, in what became perhaps the most infamous series ending in television history.

In an interview with BBC, Steve Perry revealed he almost didn’t hand over the song’s rights to HBO. “The Sopranos wanted “Don’t Stop Believin’” for the last sequence of the whole series – but I said, ‘I won’t approve it until I know how it’s used.` What I didn’t want to see was the family getting whacked. Scorsese would do that. He would play something beautiful while people were getting gunned down. So I held out… If I hadn’t given an approval they’d have been screwed!” explained the singer. This just goes to show that sometimes the most effective marketing techniques for a group looking to stay popular aren’t always planned or fully realized in advance.

On the other hand, “Don’t Stop Believin'” was perhaps deployed more strategically in Glee. It appeared in the first episode, and as a result, wound up becoming a sort of anthem for the series and a beloved power anthem among younger generations – the same way it was for many of the viewers’ parents.