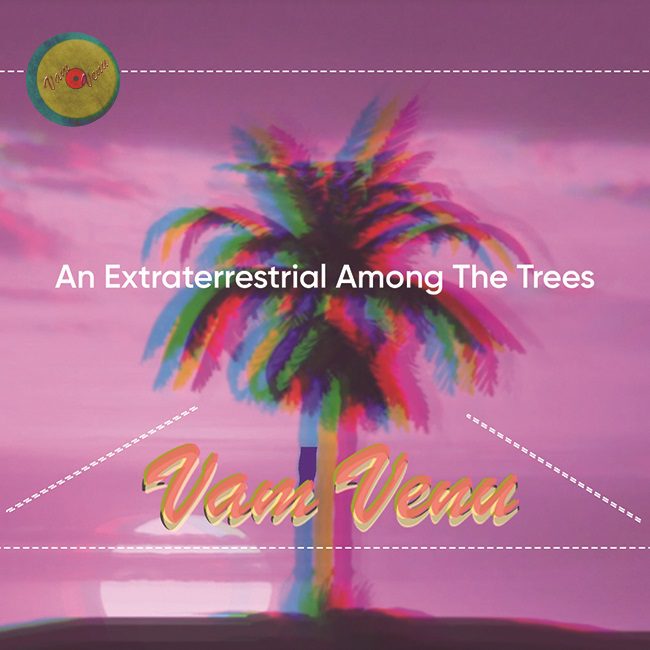 Since 2002 Vam Venu has put out pop and house singles and albums every year for labels such as New York-based label System Recordings and others.

You won’t ever have seen him perform in person because for Vam Venu the music is the most important thing, not the singer. Even his closest friends don’t know about his long-running musical career. Not one of the labels which he works with has seen his face or even knows his nationality.

He sings his songs exclusively in Sanskrit, a highly complex language that is not used by any of the world’s nations. Only around 15 000 people in the whole world are capable of understanding or speaking Sanskrit and Vam Venu is one of them. The concept of prose does not even exist in Sanskrit and all ideas must be expressed exclusively in the form of poems. As such, it is perfectly suited to be the language of music and song.

Vam Venu has been on the road for his entire musical career, almost 20 years, and never stays in one place for more than a month. He records his songs in any studio he can find around the world.

That happened in 2002. By that time I have already traveled nearly 10 years all over the world, and been emerged in the culture of various countries so much, it manifests itself in my music. From my childhood I was at awe of the variety of the world, I could see the beauty in each culture I was coming across. That was already my own experience not borrowed from books or films. That was the time I have created my stage name.

I put it together with the help of words from Sanskrit one of the most ancient languages of the world. Venu has many mystic nuances and notions. Literally, it is a flute or generally a musical instrument. But it is also a word for “sweet” as music is sweet. The sound Vam, syllable, that is considered capable of “creating transformation.” Hence a literal translation would be “instrument of thought”.

Music has never been a “breadwinner” for me. I have never thought I could be paid for making music. It is a manifestation of inner me, my personality. Sure, my agents earn something through it but frankly speaking, I have never asked how much and what for. That side of music has never been of any interest for me. What will undoubtedly never change is my wish to continue making music and hope there will never be any reason to stop doing that. I would be devastated otherwise.

I have always been a fan of pop music. I consider it simple enough to be loved by practically everyone. I have been also taken by the house music but deep in my heart, I am a Pop performer. I do not have any “idols”, never happened to acquire one. Anyone devoted to music is my “idol” by default. This is hard labor and the most dramatic and unforgettable experience.

I am always triggered by two things: vivid impressions from meeting new people and touching, overwhelming melody. Many musicians are launched by rhythm. For me, it’s a tune. Because any perfect tune has it’s own rhythm impossible for any other tune. My new single ‘An Extraterrestrial Among The Trees’ containing 3 songs is as always inspired by my now almost 30 years long voyage round the world. A road and a song never end.

I perform my songs exclusively in Sanskrit. Many people do not even know what kind of language is this. Because not a single country speaks Sanskrit anymore. There are only about 15 000 people who speak it and I am lucky to be one of them. The concept of prose does not even exist in Sanskrit and all ideas must be expressed exclusively in the form of poems.

There are many legends that extra-terrestrials talk in Sanskrit. That is why I named my last single ‘An Extraterrestrial Among The Trees’. Who knows what to expect from extra-terrestrials if they would come. Won’t hurt to know a couple of words in their language.

I do not claim to be called “an artist”. All I want is to make music and sing. The best I can do – I never surrender music in the face of formidable obstacles. That is why I am going to offer you unsolicited advice to those who decided to give up on music due to somebody’s bad opinion on you as a musician: if there is a problem walk on along the road and leave it behind you. If music is in your soul, never stop.

It is the same – a road, some music. I record my songs in any studio I can find around the world. I do not know my plans. Time is my agent and a train ticket is my diary. I would love to know my own plans. As they say in New-York – “Better don’t to ask”. I myself look forward to discovering.

The one whose rating is not very high lately – God. But for me, he is always number one. So as for all those people whom I don’t know and would probably never know. All the people who never give up, never forsake good deeds in this world. Even when it brings them problems, misunderstanding of the nearest and dearest and not so nearest. I want to be worthy of you.

You won’t ever have seen me perform in person because for me the music is the most important thing, not the singer. Even my closest friends don’t know about my long-running musical career. Not one of the labels which I work with has seen my face or even knows my nationality.

Although a couple of weeks ago I acquired my own YOUTUBE canal at last. Here is the link https://www.youtube.com/channel/UC34PX94-oVdfESA8gSPsaTA?view_as=subscriber

Actually, this is all that connects me to the real world. Please don’t seek me, simply seek my music and listen to it if you like it.