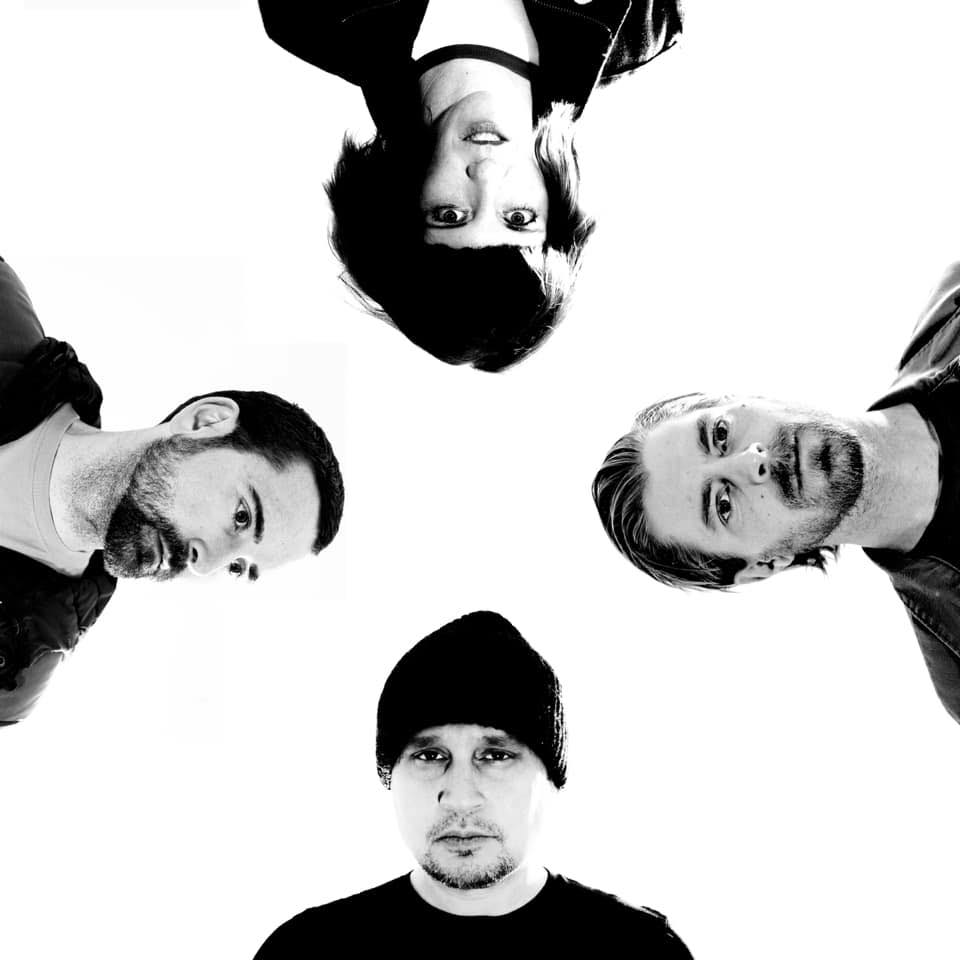 According to Cor de Lux, “DREAM LIFE is the growth of four people that found a sound. A sound that told stories of these moments and quiet uncertainties within us that became songs. This is our self-recorded and self-produced debut album. The last songs added to the album such as ‘Rift’ were created at the beginning of 2020’s downward spiral and we began to see a glimpse of who we were as a band. We look forward to what happens next.”

Encompassing eight-tracks, Dream Life begins with “Replacements,” opening on dark, Spartan colors flowing into resonant deep thrums of sound. When the jangly guitars enter, the tune takes on distinct layers of color, one luminous, the other sepulchral. Dreamy, portentous vocals infuse the lyrics with shadowy timbres.

Entry points include “24,” traveling on jarring sensuous guitars, stuttering with trembling coloration. As the potent rhythm gathers momentum, murky, jangly guitars infuse the tune with driving, searing energy. Wickedly alluring femme fatale vocals imbue the lyrics with intense tones. The heft of the bassline on this track reverberates with fat waves of dimension.

“Set Aside” rolls out on coruscating guitars atop a cavernously resonant bassline. The harmonics drift, floating on thick waves of sound, and then kicks into a dirty, galvanizing post-punk melody chock-full of latent dynamism. Slowing, ethereal yet penetrating vocals imbue the lyrics with proximate passion.

“Cold Summer” surges with muddy guitars reminiscent of Kings of Leon, yet when the vocals enter the tune assumes chanting new wave-like tones. This might be the best track on the album because of its full-bodied fulminating wall-of-sound structure.

“Rift” offers three distinct layers of sound: guitars, bass, and roiling drums interweaving into logarithmic layers of pigmentation, investing the track with fractal lifeblood. Siren-like vocals convey urgent tones as if something gorgeously, nastily tight is being figured out.