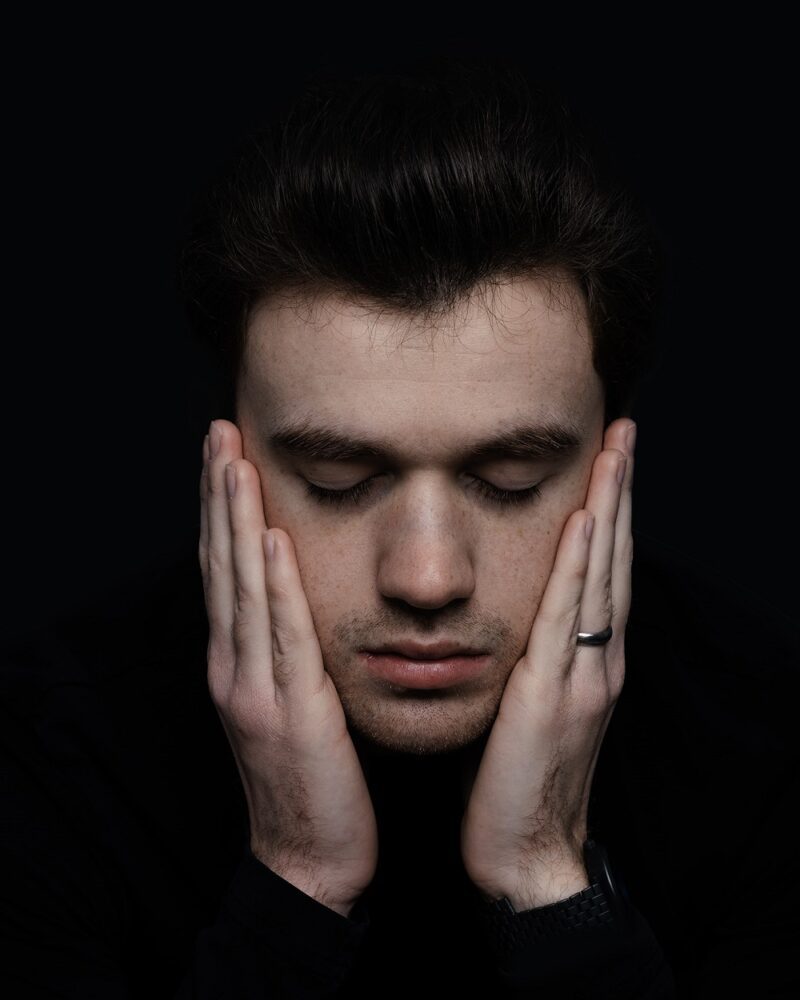 That’s kind of a two-part story, to be honest with you. I originally came up with the name when I was playing guitar in an old band and I was creating this alter-ego for myself whenever I was producing music. So I’d stop being George Wakerley the guitarist and be Confidential the producer. I just thought the name Confidential sounded cool at the time, but the band ended up imploding.

When it came time to be a solo artist, I saw Confidential as this… almost like a juxtaposition, where a lot of lofi beatmakers will keep their identities a secret and hide their faces behind anime artwork and stuff like that, whereas I always wanted to be putting my face out there with this music and doing interviews like this.

Y’know what, before I was about 12 I HATED music. I guess I was just too immature to appreciate what was being played on the radio at the time, and my cousin, who’s a saxophonist, hadn’t yet explained to me how every genre has a purpose. But one day my mum shows me this old British comedy series called The Young Ones, which had all these bands playing in each episode, like Dexy’s Midnight Runners, Motorhead, and Nine Below Zero. The band that stood out for me was Madness, and I instantly fell in love with their music. My parents encouraged me to explore them a bit further and that made me want to start playing guitar.

As for a career, it all just kind of fell into my lap really. I enjoyed playing guitar a lot, and my Dad advised me to get into production, then I ended up going to college and university to study music seriously because I didn’t really want to do anything else.

I’ve got to give my old guitar teacher a big shout-out, of course. He’s been a huge source of inspiration to me since I started playing. I don’t think I would have had any of the success I’ve had without him. From the hip-hop side of things, The Roots was the first hip-hop band I got into and they’re still my favorite today. Then there’s Larry Choppins, who simply blew my mind with his music and made me realize that, as a guitarist, I could do this myself.

So my new single, Lost Identity, is coming to all major online platforms on June 25th. It focuses on a period of my life between 2019 and 2020 where I’d left my last band and struggled to set up a new music project. I had no identity during that year of my life because music was all I’d done with my life, outside of family, since I was a teenager. I was really depressed and it was a real struggle.

My greatest challenge is that things don’t come to me instantly. I lack a natural talent that some people have, which means I get written off quickly because I don’t generate instant hits or success. But I’ve had that my whole life and have always felt like the underdog, so it’s always given me this mindset of wanting to prove everybody wrong. I think often the ones with natural talent end up getting left behind because they lack drive. I’ll tell you, I’ve met and played with some of the most incredible musicians in the country, but a lot of them aren’t doing anything because they lack that drive.

[Laughs] Not beating around the bush, are you?! I don’t think I’m the best, but I wouldn’t be doing this if I didn’t take a lot of pride in my music.

I’ve got the new single, Lost Identity, coming out on June 25th. That’s the lead single from my upcoming album, which is called The Search for…

Confidential Talks His Sense of Style, Current Project and More

This will be my 4th album and I’m beyond excited to show everybody what I’ve been working on. It’s been a long and stressful process, but ultimately very worth it and I think the music will speak for itself.

Big shout out to my wife Alice for sticking by me through everything and listening to endless versions of every beat I’ve ever made. Thank you for everything!

Thanks also to my family for getting me started, Adrian from AEC Music for believing in me and giving advice all the time, Bibi, and the whole team at New Level for being my London family. Georgie, Amanda, Neshy, and Matt for being amazing musicians who’ve helped me realize my dreams, Chris and Izy from Music Makers for guiding me through my early years, Abiola from Giwa Records for all the advice, the list goes on. I’m forever thankful and indebted to those who’ve helped me and those who continue to help me. I wouldn’t be here without you.

Final thank you to all who’ve listened, shared, messaged, and more. It’s the fans that are the lifeline of independent artists and I’ll never forget that. I’m truly grateful.

Play and hang out with artists and musicians that are better than you. The best way to improve is to be able to see and hear the next level. It can be hard to jam with someone and get your butt kicked, but you’ll be able to walk away with new ideas and feel inspired.