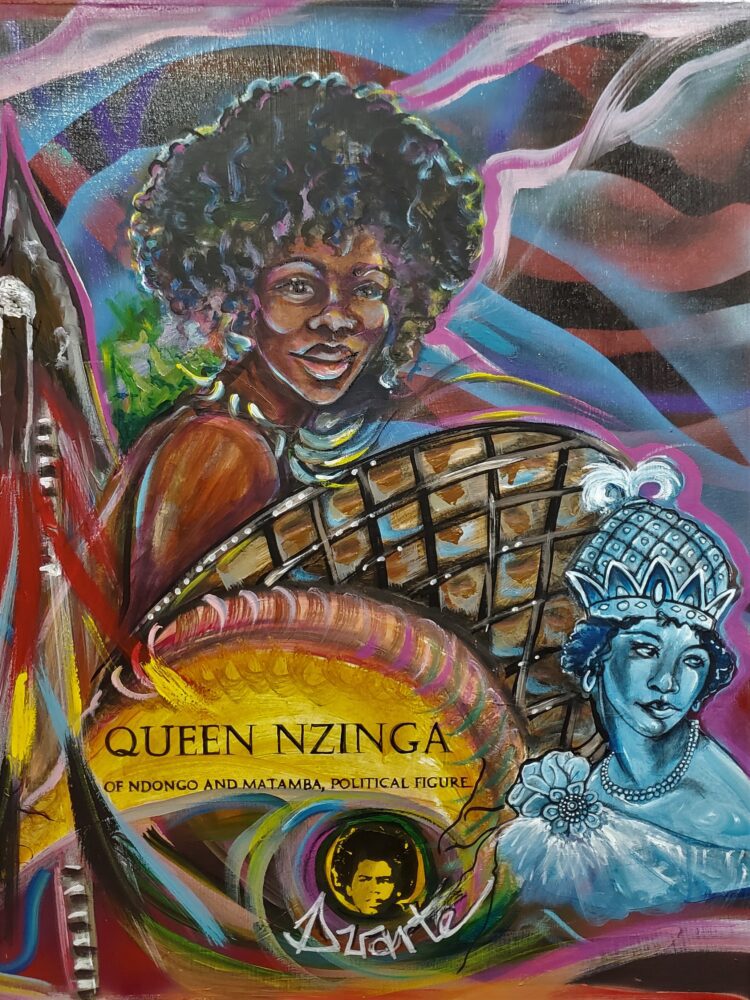 As part of his 12-album cycle that is 400: An Afrikan Epic, critically-acclaimed Ohio composter, Dr. Mark Lomax released ‘Four Women’, a collection of musical portraits of four women whose lives reflect the complexities of being Black and Woman in the context of Western Imperialism.

With the tumultuous 2020 U.S. Presidential Election finally behind us, and a new president and vice-president in office, our country is ready to begin healing and re-educating one another on what it means to love, openly.

Back in May, Lomax announced that he would be releasing a new educational and multi-disciplinary curriculum that helps students enhance the understanding of Afrikan history.

The most recent addition and sixth album to the 12-album compilation, ‘Four Women,’ was originally released as a digital recording back in 2019, but was not initially part of the 400: An Afrikan Epic cycle.

“While I had the desire to compose a traditional string quartet for the cycle, Mary Davis of UCelli: The Columbus Cello Quartet commissioned me to compose a piece for their group, agreeing that it could be part of the 400,” Lomax explained.

The commission was supported by Jack & Zoe Johnstone of the Johnstone Fund for New Music. “Zoe had the fantastic idea to shoot an educational concert video in honor of the Urban Strings youth ensemble, and their founder, Catherine Willis, a powerful force in the Columbus community.”

The video, according to the Ohio composer, was thought to be a great way to educate young people about these women in particular, and the power of knowing and understanding world history.

So, who are these “Four Women,” as the composition references? In choosing these women, Dr. Lomax told Muzique Magazine that they “exemplified womanism in a way that was unapologetic, and frankly, bad-ass.”

Queen Nzinga (1583-1633) of the Mbundu people (present-day Angola) successfully led her people in a 30-year war against Portuguese colonization by showcasing her military prowess and high-stakes diplomacy.

Ida B. Wells Barnett (1862-1931) overcame seemingly insurmountable odds to become a force for justice by leading the anti-lynching movement and the fight for women’s rights.

Angela Davis (1944- ) came to prominence during the civil rights movement as a symbol of Black Power. She is a scholar, activist, author, and lecturer who has fought tirelessly for human rights around the world.

“They made their mark on the world because they refused to be anything other than who they are. Their stories need to be told, and this composition celebrates examples of the power that derives from the most authentic expression of Humanity.”

And if we are being honest, our country’s youth needs that, badly. The systemic injustice we’ve witnessed in 2020 alone was abhorrent to humanity. The lack of understanding as to our country’s history and its people is baffling. Racism never disappeared with The Civil Rights Act and the 13th Amendment to the U.S. Constitution–it evolved.

Throughout Dr. Lomax’s career, he has released over 40 albums, harmonizing jazz, classical, and gospel music. But in recent years, sparked by the political and social climate we’ve unfortunately been active participants in, Dr. Lomax has sought to create work that stimulates consciousness and sparks conversation. The result?

His 2019 musical composition and life’s work, 400: An Afrikan Epic, was created as an in-text and storytelling program, as part of an active collaboration with the Cincinnati Symphony Orchestra in helping to tell that story. The composition, originally released as a 12-album cycle with over 8.5 hours of music, is composed of soul-moving sounds of drums, strings, woodwinds, and piano.

And with the United States now being led by President Joe Biden, and Vice President, Kamala Harris, the first Black woman to serve in The White House, our country can finally begin to heal and love again. Music to all of our ears.