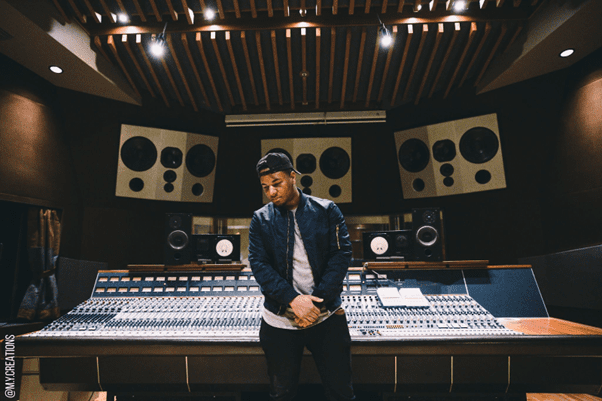 Dreams and passion can change your life in an unimaginable way. People who are dedicated to their passions become resilient and ready to conquer every challenge that stands in the way of their goals. Pitt Tha Kid’s inspiring journey is the perfect example for all passionate people to chase their dreams.

Pitt Tha Kid is a rising music producer who started his journey when he was in 11th grade. He started out as a rapper but soon realized that his raps were missing one major ingredient; the beat. Pitt realized that he needed a fantastic beat to resurrect life into his raps. Thus he started creating his beat on FL Studio.

He enjoyed the process so much that he dedicated a major chunk of his time to cooking up different beats. Pitt started using his own beats for his song, and people started enjoying his songs. The interesting part was that more than the songs, people were more hooked to the beats. They would often ask Pitt, “Who made the beat?”

Pitt observed his friends, family members, and acquaintances growing interested in his beats, which compelled him to reach a wider audience. Hence, he onboarded YouTube, and he received an overwhelming response. Pitt’s first upload received 23,000 views in just 7 days. This marked an important point in Pitt’s remarkable journey toward music production.

Soon after that, different artists approached Pitt to create beats for their songs. The first major break in Pitt’s career was when he was reached out to by Lloyd Banks. One of Pitt’s friends told him he could connect him to Banks. However, Pitt didn’t take him seriously, but he created the beats. Shortly after that, he was contacted by the Bank’s team to let him know that his beats would be used and he would be credited for it. Pitt was over the moon about this collaboration, and this is what he stated in his interview with hiphopcanada.com:

“The next day, the mixtape was released, and my name was mentioned in the credits of one of the songs. I must’ve played it back at least fifty times.”

After this, Pitt’s journey toward becoming a music producer went forward, and he got a chance to work with major music artists in Canada and America. People started recognizing and appreciating his work.

“Man, it’s surreal; everyone around you starts recognizing you, and people who didn’t know you start reaching out. It was the first thing that made me think that I could do this for a living.”

In 2019, Pitt got the opportunity to produce the soundtrack of the Album Creed II, ‘Kill Em With Success, ’ which features Mike Will Made It, 2Chainz, and SchoolboyQ. After the immense success of his production, he began working with YNW Melly Camp. From there, Pitt became unstoppable and landed many successful records with Melly and YNW BSlime. Melly’s album Melly Vs. Melvin ranked number 7th on the billboard, making it Pitt’s 2nd album on the billboard in 2020.

To learn more about Pitt Tha Kid and his upcoming projects with superstars of the hip-hop music industry, follow him on:

Charles Stif DJ will start in Dubai for 2023 and finish the season in Malaysia
Uncensored, Honest, Opinionated: Get Hype for a New Season of The Podcases
Advertisement