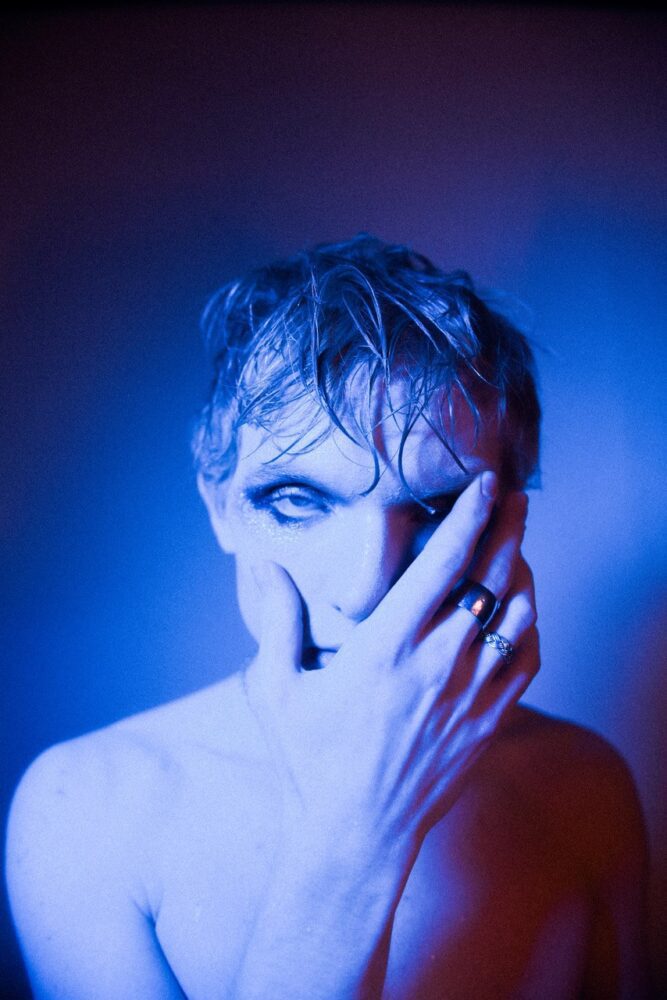 Bad Heather explains, “I wrote the ‘Bad Heather’ EP with my ex-girlfriend. Although I’m no longer with her either, the songs are about my other ex. I’ve definitely been in a few fucked-up/fuck-off relationships. When recording these tracks in my home studio, I took inspiration from gritty DIY alt-pop artists like The 1975, Jai Paul, and even vibes from Scott Pilgrim’s Sex Bob-omb. I’m proud of my collection of dirty little breakup anthems.”

Porter Chapman comes from a musical family: his mother is a classically trained vocalist, while his father is Caleb Chapman, the renowned Grammy-nominated saxophonist, and producer.

At the age of 10, Porter was already playing the drums, mentored by big-name drummers like Steve Smith (Journey), Dave Weckl (Robert Plant, Paul Simon, George Benson), and Bernie Dresel (Brian Setzer), followed by later drumming for The Moth & the Flame on their national tour.

When he was 17, Porter was learning how to produce under the tutelage of Nate Pyfer, along with writing his own songs.

Recently signed by Wonderwild Records, he is unveiling his self-titled debut EP, Bad Heather, a name borrowed from the ‘80s movie Heathers.

Embracing five tracks, the EP starts off with “Honest,” riding a mid-tempo rhythm flavored by a stuttering guitar flowing into a shimmering breakdown, followed by ramping up to surging washes of contagious harmonics.

“Juliet” dishes out a thumping rhythm pervaded by tight, crisp drums and a fat bassline. Twirling surfaces of lustrous synths imbue the melody with bright sheens of coloration. The kick drum on this track drives the beat with massive heft.

The last track, “Not Giving It Up,” opens on glistening keyboards segueing into a ringing melody layered with sizzling combinations of hues. Porter’s voice imbues the lyrics with grand, nuanced timbres.

PAULY LONG IS BACK WITH HIS NEW HIT SINGLE ‘MAINTAIN’!
Purpprxmi Interview with Muzique Magazine
Advertisement