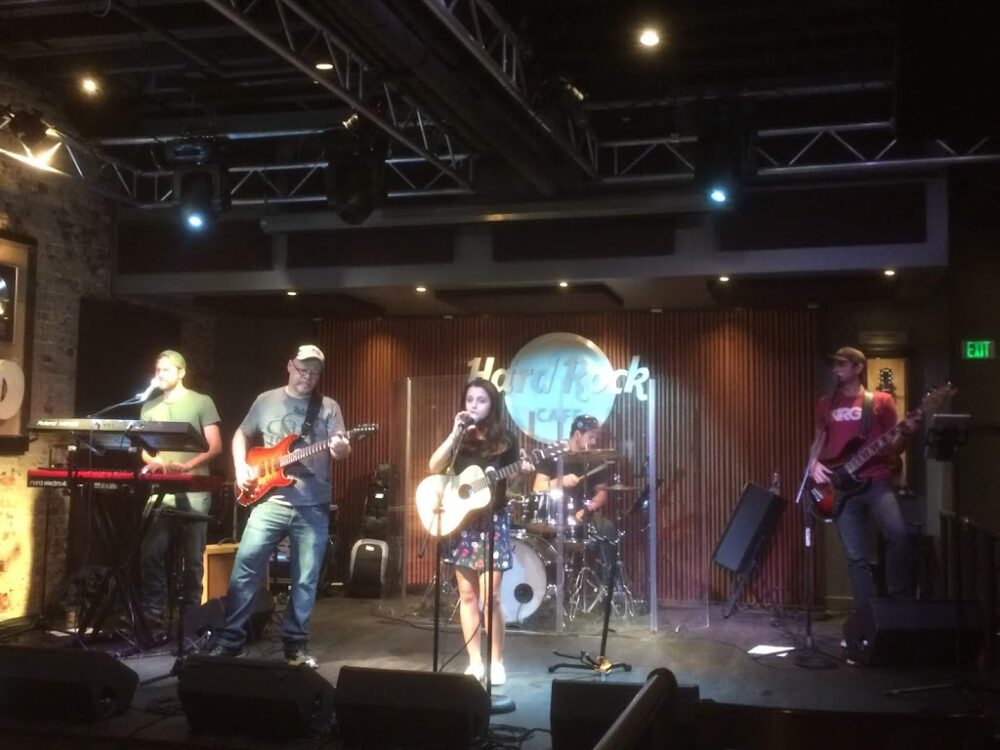 It’s no secret that for the last seven years, fourteen year old Rose Ostrowski of Berwick has been raising donations for the Cystic Fibrosis Foundation, along with a handful of local charities, through singing and playing music.

Last Saturday Ostrowski hosted her third event of her fourth annual “Adding Tomorrow’s” tour at the Stroud Mall. So far the tour has netted $170 for the foundation and nine more shows are still go come; next at the Laurel Mall in Hazleton, followed by the Lehigh Valley Mall in Allentown.
Aside from her charitable efforts, the teen has been busy with other gigs as well, including one recently for the residents at the Berwick Retirement Village. A Christmas themed show is also in the works for the retirement village folks.

Her 2019 schedule is slowly beginning to fill and so far her busiest week will be during the Lycoming County Fair week in July, where she has been booked for six shows over the course of three days.

The teen does have next weekend off, but music will still fill part of that. Back in 2015 Rose recorded a cover of Tesla’s “Life is a River”. Since, Tesla band members have shared the then 10 year olds cover of their song. The praised her for her efforts and noted that they would like to meet her one day. So, here is nearly four years later- Tesla and Rose will get to meet for the first time in person on Sunday at Penn’s Peak in Jim Thorpe, PA.

Ostrowski is proud to support the Berwick Theater and is excited to use and endorse several products during her events, which were supplied by Sennheiser, Hercules Stands and Bose.

Her entire schedule, including other events not affiliated with her tour, can be seen by visiting www.RoseOstrowski.com, her music Facebook page, or official Instagram page.

For booking or other inquiries, contact:
Gene Ostrowski (570) 231-1272
genotylerjett@gmail.com
or
geno@tylerjett.com