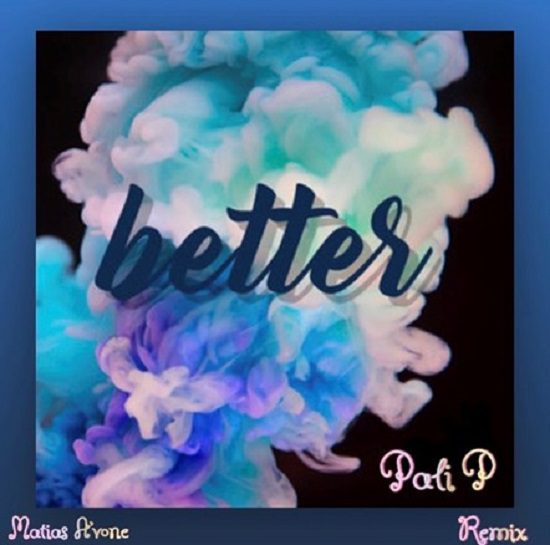 Washingtonian rapper, Matias A’vone teams up with Pali P for the “Better” Remix today via Mzy Sonics Recordings/Pali P Productions. On the melodic bar-heavy track Matias and Pali’s energy is unmatched – they seemingly go back and forth spitting punchy and imaginative metaphors while carrying an almost nonchalant bounce. Pali is definitely a highlight of the track debuting a unique and ear-catching flow, while still maintaining an edge of pop appeal over the pop/trap inspired production. The original video was uploaded to YouTube a little over two years ago sitting at about 700 views. The track has since jumped up to 2 thousand views in a matter of hours. Watch HERE.

The buzzing D.C. rapper released a slew of tracks this calendar year including his hit song “U St,” which has nearly 2 million views on SoundCloud and over 100 thousand views on YouTube respectively. He continued to share new music with his fans such as “All for You” which has nearly 200 thousand views on SoundCloud, followed by “Emotional Support” which received recognition from Thisis50, Vents Magazine, and Disrupt Magazine and most recently “Show You.” On “Show You” he teamed up with ex- Mindless Behavior member, Princeton Perez to create a sensual yet gritty collaboration which led support from several digital streaming platforms (Spotify’s Release Radar Playlist, SoundCloud’s Late-Nite Hip-Hop Party: Pourin’ Playlist, etc.)

Matias A’vone is continuing his domination this year by jumping on the remix to “Better” by New York artist Pali P. The track has premiered officially on SoundCloud.