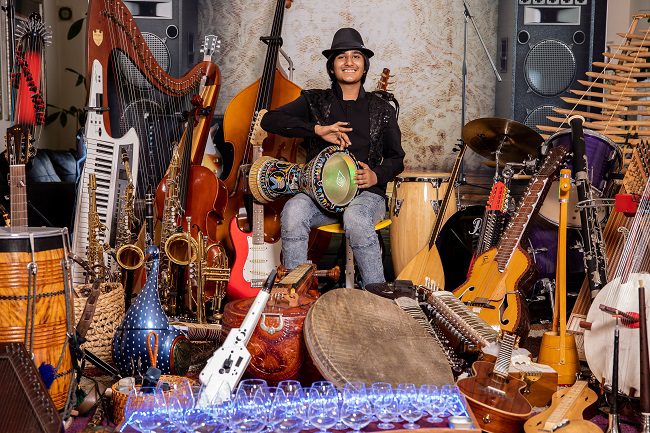 “At just the young age of 13, Neil Nayyar knows how to play 107 different musical instruments, and he plays well, which has brought about a rise in his profile, and will continue to improve for several years to come.”

Elk Grove, California– How good are you at you musical instrument of choice? Asking this question to Neil Nayyar would result in some hilarious never-ending monologue since he knows at least 107 different instruments, and can play exceptionally well given his prodigious status, and he’s just 13 years old at the moment.

Neil is currently in the midst of signing up with a prestigious Acting Agency in Los Angeles, who is considering a number of different documents/monologues for him to better himself at his craft. He’s also looking at learning all the ins and outs in the entertainment industry, upon which he’ll surely make a great mark in the future.

The plan of action for the recent future is to send out a number of applications auditioning for work in TV Series, films and commercials. Regarding auditions, Neil has already made its mark upon such greatly familiar shows as America’s Got Talent, as well as the Steve Harvey Show. Everything needs a little bit of music, and that remains especially true in light of his innate passion for music.

It’s as genuine as they come, and Neil completely dedicates himself for eight hours each day practicing and getting better at his craft. He also takes lessons and classes from 25 world-renowned individuals who hail from all across the globe.

It quite apparent understanding why his profile is at such a stage of great and effective rise, as the entire predicament of his story is quite unique and impressive at its core. That’s SACTOWN Magazine, in its upcoming issue of August, are looking to feature him and his story in full details. However, such revelations have already been covered by a number of different news media sources like FOX40, ABC10, Good News Network and many more.

This was in light when the story of Neil Nayyar first caught the attention of the world is 12 years old, and already fully capable of playing 44 different instruments. This count has only gotten higher since, and Neil has stretched his expertise far wider and deeper.

The future holds possibilities and potential that are never-ending for young Neil, and it’ll surely be interesting for many that his fan base is only going to get larger with time. In the meanwhile, the young prodigy has promised himself to improve continuously and be considered one of the absolute bests in the field of music. For those, who want to know more about him, his website at http://neilnayyar.com/, as well as his Facebook profile at https://www.facebook.com/profile.php?id=100001432454133 can become useful points of the source.

Neil Nayyar’s unique and significantly game-changing journey into music started all the way back when he was not yet ready for this world. His parents played him a lot of Mozart when he was still in his mother’s womb, and they fully believe that’s the reason for his innate and unparalleled musical genius.

This became apparent when Neil attend a drumming class at the age of five, and without any prior experience shocked everyone present with his apparent talent and dexterity. Since then, Neil has tried a variety of different instruments, reaching 44 by the time he was 12, and 107 at present.

It’s because of his passion and dedication to his craft that he’s able to improve to such a great degree. However, he also enjoys himself in his free time with his interests in hip hop, jazz, Bollywood music and movies, especially those that feature his favorite actor Salman Khan.