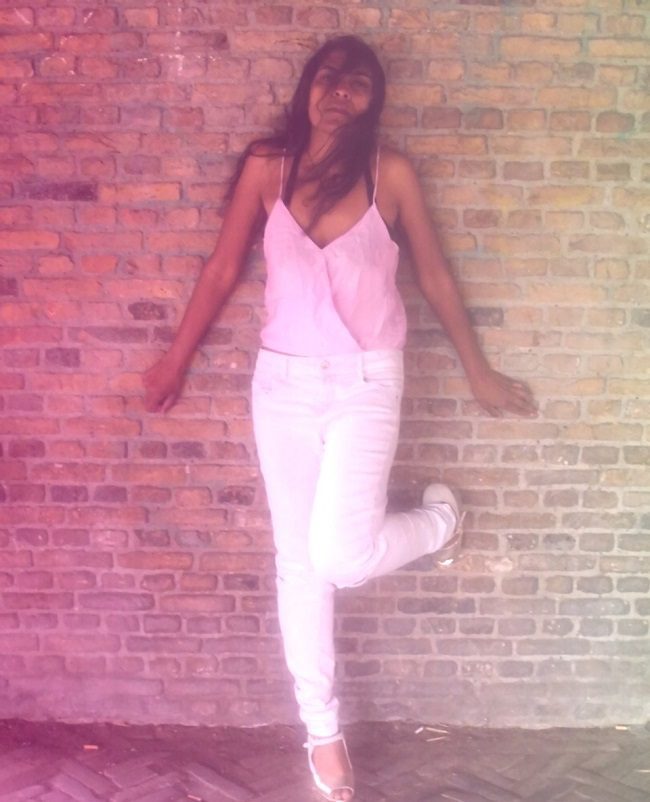 It is no surprise that many new artists in the R&B and pop realm were inspired by the boy band wave of the late ‘80s and ‘90s. From New Kids on the Block to N’SYNC, young minds everywhere were molded into believing they too could one sing and dance on stage. One of them being Urban Pop’s Sharmila.

The Netherlands based songstress is ready to make her presence known with the release of her self-titled 2019 debut, out now. And if her lead single, “Burning For You (Club Mix)” is any indication, the world will be singing and dancing along to her sooner than later.

Her debut single, “Burning For You (Club Mix),” dropped in Fall 2018. Just a few short months after her history with boy bands came full circle opening for O-Town in Portland on their 2018 reunion tour. Sharmila kept the momentum going strong as she said goodbye to 2018 and prepped for a whirlwind in 2019.

While fans wait for that, they can have their fill of the self-titled. Nine songs deep, Sharmila features an array of songs that captivate the pop lover in all of us. From the positive message in “Respect Your Body” to the classic love song of “You Turn My World,” Sharmila not only proves the power of her pipes on every track but the power of her pen. The songstress is also the songwriter.

Songwriting that has gotten her recent praise from numerous outlets. Indie Music Reporter noted of her latest single, “‘Respect Your Body’ delivers poignant lyrics, showcasing Sharmila’s passion for the song’s message.” While both Music-News and Sound looks appreciated the “catchy memorable hook” and how Sharmila “blends R&B with rap elements to form a catchy pop number.”

Sharmila’s self-titled debut is out now, but that again that is not all she has in store for fans this year. She’ll be releasing DNA Damage in late 2019. In between then and now she’ll be promoting and performing her debut. The first stop being at Pianos Showroom in New York City on July 22.

From a young age, I was interested in performing arts. In my childhood, I was always busy listening to music and dancing every day until I couldn’t stop. So somewhere I think I always knew that’s what I wanted.

I listened to many artists from the ’80s and ’90s and when artists did sing and dance both it really got my attention. I was inspired by artists from the tv show Fame, but also artists like Michael and Janet, New Kids on the Block, N Sync.

I released my album ‘Sharmila’ and the 2nd album ‘DNA Damage’ is coming up. I already released the single and performed the song last year in Portland. I wrote the song around 2010 or 2011 after something happened to me in 2007, but even after that, they caused me some serious DNA Damage!

Being a colored woman artist from the Netherlands was quite a challenge I had to deal with, but I think it’s important to do what you love most and I’m grateful to do so.

To me life is not a competition, it’s about doing what you love and learning to improve yourself. When you write down your true thoughts, emotions, and feelings it can never be wrong.

I would like to thank everyone who has been supportive of my musical journey.

You can find me on all major platforms like iTunes, Spotify, also Soundcloud and Bandsintown.

Stay true to who you really are, focus on your art and what you love.