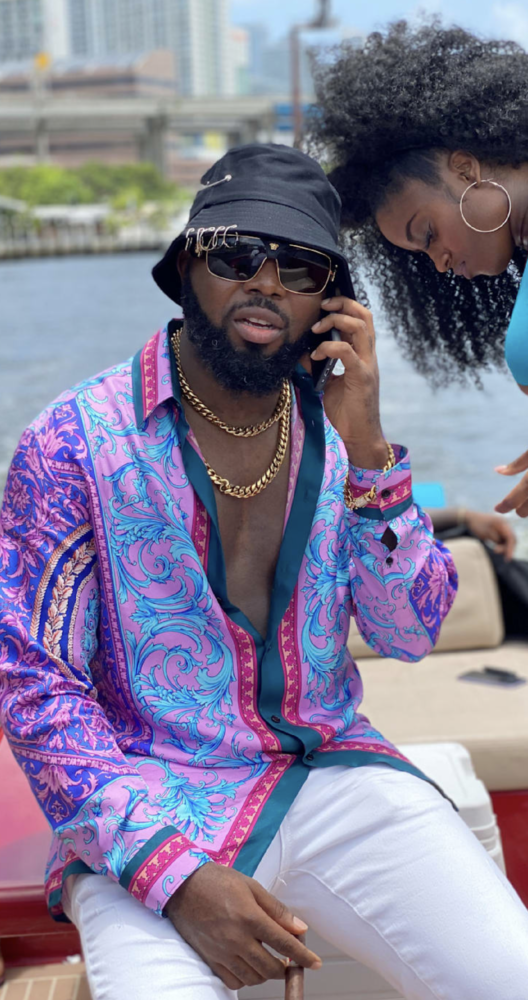 One of the rave-making acts who burst into the afrobeat/afro-pop music scene over 2 decades ago is Arinze Obinna Iheme popularly known as Jahborne.

In a recent chat with the artist known for hit songs and street-banging Afrobeat/Afro-pop music, has called on new acts to think globally with their music.

He harps that the new generation acts should cease the global appeal and opportunity that the evolution of the afro sounds has brought and ride on the wave of its acceptance by churning out good musical content.

Jahborne whose penchant for good sounds has over the years been making music in the US with a plethora of music in his catalog explained that the post-Covid era has brought about ingenuity in the global music space in which Nigeria music has a big chunk of the contribution to the sounds right now with the evolution of Afro sounds, while major acts are trooping to seek collaboration with Nigerian artists and songwriters.

The “ Carry Go” crooner alluded that during the global lockdown, music, and technology played a vital role in keeping the mind and soul in a sane mood. With established acts in the US looking forward to working with local songwriters and artists.

He further heaps praise on the young producers in the music scene as he describes them as geniuses helping to bring creativity to artists.

In his words, “Producers deserve a lot of recognition and it’s interesting to note they are getting it right now. These guys help mold some of these artists we can’t do a day without listening to their music. The inventions in the sounds and beats bring good music the artists jump on”, Jahborne said.

He further charged the crops of young artists to believe that with good lyrical content and sounds and working with the right talent management team, the sky is the starting point for them to achieve all they ever desire. Currently, Jahborne is working on yet to be released body of work. He implored his fans to expect more tunes from him as he is still much in the music business as a singer and also a producer.