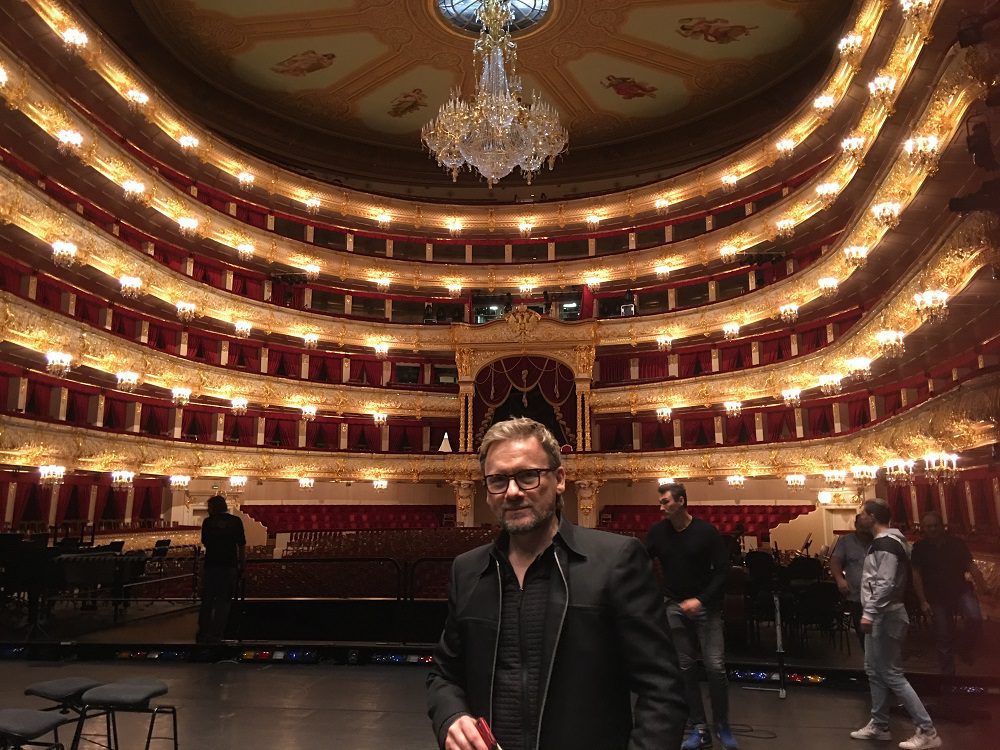 Before taking charge of the fate and development of FGL PRODUCTIONS in 1990, Thierry Wolf was the youngest producer of Radio FM in France (with a night talk-show named « Banzaï »), then in charge of programming several FM radio stations. Following that success, he became a creative editor for one of the biggest telemarketing companies, and founder of companies involved in the establishment of network servers for the « Minitel » (the french precursor to the Internet) and telephone service (« Kiosque »).

Thierry Wolf now alternates his functions of chairman and creator of many events for corporate and exhibition halls and his work for music synchronization for advertising companies and movies or TV series.

How did your company start?

The company was created in 1981 in Paris. After some setbacks with associates in the US, we were able to get back on our feet and when I became chairman in 1990, I wanted to bring new life with a variety of new labels. Initially, we were only rock, but I wanted to open FGL to world music, international variety, soundtracks, classical music, and many other musical genres.

What about your career ?

I am somewhat a typical president because it is as an artist that I arrived in this production company. After having done FM radio shows successfully (I hosted and produced a talk show on a Parisian radio station for several years). I started to write books, lyrics, then put them to music, and finally designed a concept album that was licensed to FGL PRODUCTIONS and was so successful, that we made several albums (The Rolling Bidochons).

I went by chance to the producer side to take control of the company in 1990 and develop it. I am therefore a typical president and I believe that the artists with whom I have worked have always appreciated this duality and the fact that I can understand their anxieties or also know all the technical aspects of this profession and provide them with creative solutions because this often my real job

Which artist impressed you the most ?

I always say that the two biggest stage beasts I’ve seen are Iggy Pop and Jango Edwards, which are, each in their fields, the best. I am proud to have produced several albums, which contributed to their success. I could also quote Petula Clark who gives so much that when I produced her return to the Olympia in Paris, she gave herself so much that I thought she was going to die on stage and I almost jump on stage to rescue her … She is also a beast of the stage, a great professional and a very endearing person in life!

Let’s mention something weird…How did you start to work with the Russian Red Army Army Choir?

It was also by chance that we started producing the Red Army Choir? On top of that,  I had nothing to do with Russia or military people! But I’m very proud to see that we’ve managed to get a series of gold records or platinum awards and produced them live all over the world. A very big job but also very interesting because working with top artists is always a real pleasure!

What are some of your greatest challenges ?

One of our biggest challenges has been to modernize the Red Army Choir without touching the soul of this Russian ensemble. But, as I’m French, I’m still a bit proud to have invented the “French pop” with our concepts of “Femmes de Paris”.

So happy that, since when, Jacqueline Taïeb became unmissable with hits as”7:AM” or “La Plus Belle Chanson” or “Le Printemps à Paris”. Which are now essential in Japan, the USA, or Europe.

Since we took over this catalog, we no longer count the synchronization offered for very big brands such as GoogleHome, Louis Vuitton, or Bentley, and of course many films or TV series. Bringing masters back to life or offering ever more original music to directors is also one of our daily challenges

If FGL PRODUCTIONS celebrates its 40th anniversary in 2021, it is not by chance either. It’s mostly that we are hard workers, that public holidays do not exist for us if we have to follow our artists on tour or work on new projects. FGL is also a very solid managerial core, and there is very little turnover with us.

Thus, Nathalie Lallement, the one who is now my general manager, started working with me when she was only 17 years old and we revealed a lot of product managers who then became important managers of other companies.

At FGL, we have always tried to create a family with our artists. When our product manager Florestan goes on tour with the Red Army Choir, he is not only a simple “tour manager” but also a kind of “father” who is always there to protect his artist as his progeny!

2021 will be dedicated to the festivities that will surround our 40th anniversary. We are launching the year with the reissues of cult masters like MosheMouse Crucifixion by Michel Magne, or the reissues of cult soundtracks by Francis Lai such as “Bilitis”, “Emmanuelle” or “The Games”.

We especially hope to be able to go back on tours very quickly with the Red Army Choir  (last tours in China or Canada have been very successful). We are also working on a new show called “Ciné-Melody” and a very “Frenchy” concept “French Mademoiselles”, where women are highlighted through very feminist and very Parisian Pop songs. At last, we have developed with some success new youtube channels such as “meditation temple or “l’école des chansons” a children’s channel with french songs

Have you received a lot of awards?

Unlike many people in our profession, we have often remained very discreet about our successes to leave our artists on the front of the stage and left our awards aside. But since it’s the 40th anniversary, we had fun starting to hang them on the wall and also saw that there are many new certifications due to us. We will therefore kindly grant our walls many new trophies this year.

First, all these artists who have trusted us for all these years. All of our partners have now become friends like Randy in New York or Doug in New Orleans and especially and first, Reynold D’Silva in London who offered me his trust and who has been with us for so long now!

What suggestions do you have for other companies?

Our job is a creative profession, if you haven’t understood that artists and creators must remain the priority, then go and produce cans or mattresses. The music industry needs dreamy and creative managers.

I remember a former financial manager, now president of a large company, who told me “Thierry, instead of producing this album, we would have placed the money spent in the bank, we would have had a much better return “.

I replied that we are not bankers. We didn’t choose this profession to buy yachts for ourselves but to express ourselves and help others to do so. Our job is different and must remain so, otherwise, it is poorly done and the public will suffer from artistic mediocrity.