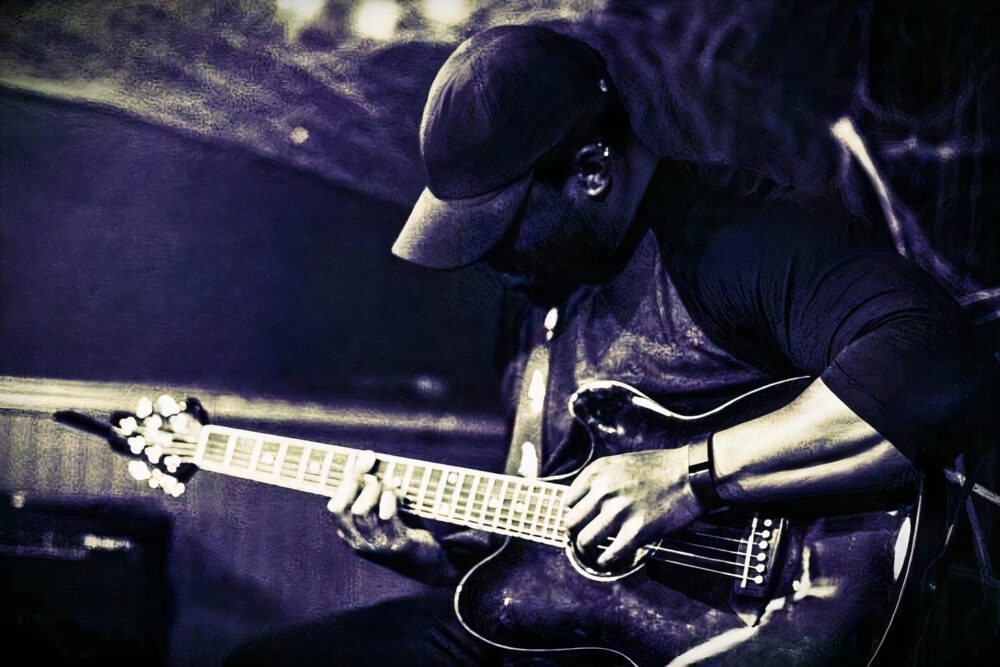 I came by the name “The Independent Sound” based on a college mate that owned a studio in my college town of Gainesville, FL. He would always say that I was the most adaptable musically because I could work on anything in any genre.

He said he always knows when I’m playing and views me as a specific type of pepper or ingredient in a soup that changes the entire flavor. Over the years, this concept followed me wherever I went. My peers always referred to me as an “independent thinker” in music and especially in business with my ability to think uniquely long term.

I discovered my love for my craft at 3 years old the day I realized that I had no boundaries when it comes to learning instruments.

Both my mother and father. Their style is impeccable. It’s everything I’ve ever wanted to pattern myself after, both in scale and especially in the scope of expression.

I came up with it in my Jennings dorm room at the University of Florida 20 years ago. I was leaving a local studio and all the musicians kept mentioning that they wanted CDs of my music. I worked with a lot of artists who distributed music on CD at the time. It was the early 2000s. iTunes was brand new and Spotify didn’t yet exist.

Some of my greatest challenges have been not being self-aware enough to know that I was an independent thinker and not appreciating the impact of what I was doing in music. Other people noticed my unique ability to compose before I did.

I had to hear it from them before I understood. That caused friction in early musical relationships because I was more productive and effective when writing and composing alone than I was with others but didn’t realize it. The friction came when other people’s suggestions didn’t improve what I was doing and, at times, it made it less appealing.

I worked so hard without taking the time to contrast what I needed to do and what I was capable of doing versus any competition or other musicians. This major blind spot of not paying attention to anyone but myself at any time allowed me to create extreme rules and unnecessary difficulties for myself. It caused me to feel reduced as far as my capabilities and to unfairly project feeling reduced onto other people when I was the one reducing myself.

My base was my capabilities as opposed to the capabilities of the market. The two are vastly different in most aspects, especially (but not limited to) talent and experience.

I have two attributes that I consider to be my best. The first is when it comes to my work ethic. I’ve always been insecure about not being effective enough in what I do in terms of planning and execution. I feel that’s enhanced my work ethic.

The second is my orientation toward decisive, clear action and the capability to give consistently accurate direction to an assortment of different and distinct individuals. Those are some of my greatest attributes.

Not even close. But I am the most adaptable.

To make plans that can be the most adaptable to change.

My mother and father. They gave me the freedom in all aspects of my life to develop, hone, and make my own mistakes while still guiding me at every challenging corner I couldn’t manage on my own.

There is no other like myself. Therefore, the best suggestion I have for any individual is to listen to their own suggestions as there is no one like them either.

“Not Lost,” the newest song from Brandon Com was just released
Get to Know “Stacccs”
Advertisement