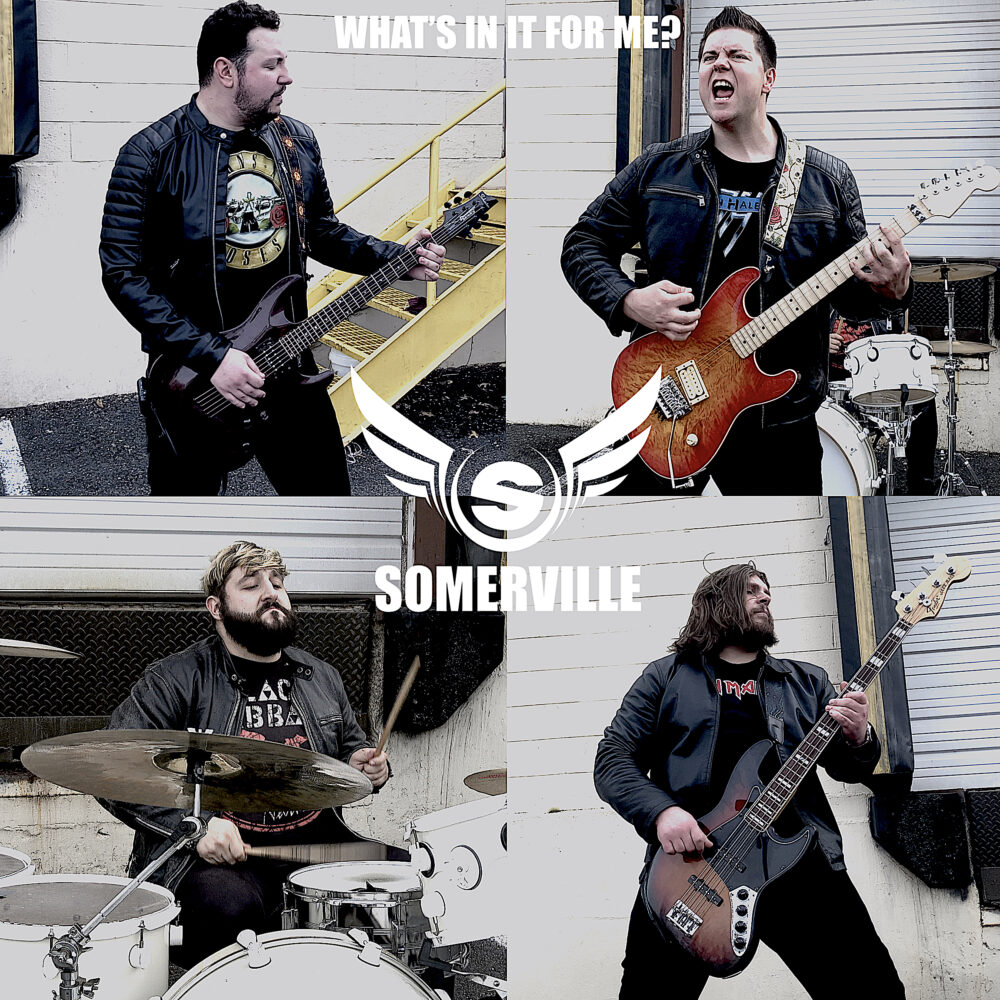 Straight out of Philadelphia, Pennsylvania comes hard rock outfit Somerville, who dropped their new single/music video, “What’s In It For Me?,” a few days ago.

“What’s In It For Me?” reflects the ongoing battle between the working class and the colossal mega-corporations that regard their employees as little more than assets, deserving only of subsistence-level wages and exploitation.

Guitarist Kevin Somerville shared with Music-News how the band came together, “It all started with two-part guitar harmonies. Gryphon and I met at a rehearsal for a different band a little while back. We talked a little about what bands we liked, and we decided to jam Iron Maiden’s ‘The Trooper.’ I started playing the opening riff and Gryphon played the harmony over it, and through the whole song, we jammed all the two-part guitar harmonies without getting in each other’s way musically. Then we played Thin Lizzy’s ‘The Boys Are Back in Town’ and it was the same magic! We just locked right in with the rhythm, the guitar harmonies, personality, everything. Then I said, ‘Hey man, you want to start a band? I want to have a band that sounds like Van Halen and Iron Maiden had a baby.’”

Even as “What’s In It For Me?” is ascending the rock charts, Somerville is back in the studio buffing up their upcoming debut EP, entitled Shooting to the Top, releasing later in 2021.

“What’s In It For Me” opens on skintight bluesy flavors rolling into a thumping rhythm driven by a potent, fat bassline and thwacking drums. Thick, scowling guitars imbue the harmonics with visceral thrumming layers of energy.

Kevin’s sneering voice infuses the lyrics with disdainful timbres as he confronts the corporate suits, whose mindset is all about the bottom line – profit.

Heaving with crushing guitars on top of a muscular rhythm, Somerville imposes their swaggering brand of heavy rock with ferocious gusto.

Continue Reading
You may also like...
Related Topics:heavy rock n' roll, music video, New Music, Somerville, What's In It For Me?